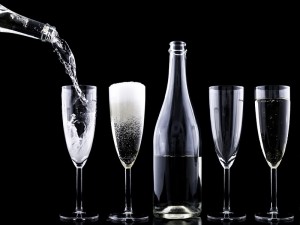 If you’re a fan of Broadway or the world of the theater, you’ve likely seen the musical “Jekyll & Hyde.” Based on Robert Louis Stevenson’s chilling novella about a man who is a respectable doctor by day and a criminal by night, the musical premiered at the Plymouth Theater in New York in 1997. To this day, it stands as the Plymouth’s largest and longest-running production.

In one of the early vocal pieces, Dr. Jekyll sings to the board of directors at the asylum that employs him. Attempting to get a new serum approved for experimentation (the same serum that transforms the doctor into his villainous alter ego), Dr. Jekyll says to the board members, “The only thing constant is change… The only thing constant is change.” The repetition of the phrase is likely there to express just how important the words are.

And it’s true. The only thing constant is change. The world is always changing, as are the people and the things in it, and this sentence holds quite true for bitcoin. Over the years, we’ve seen the digital currency begin as something that sparked fear in the eyes of financiers and traditional bankers, only to rise as something that has not only skyrocketed in popularity but is virtually accepted all over the world by restaurants, online retailers and businesses alike.

Naturally, things didn’t always start out that way. Bitcoin was at one point something that many were rejecting. Considering the hackings and cyber-attacks we’ve born witness to, along with the coin’s fluctuating value, it’s not terribly difficult to justify such an attitude. However, things are now swinging differently in the wind. After a disappointing and worrisome year, bitcoin’s price has jumped up into a solid $400 range, and despite a few bumps along the road, it’s managed to stay where it is. Recently, China’s stock market took a nasty plunge, and yet the bitcoin price is still holding its ground. This is particularly interesting and significant considering behavior and interest in China is what many feel sparked bitcoin’s price increase just a few months ago.

2015 is now over, and as we move into 2016 we have a lot to be thankful for, and there are many good things to acknowledge. With countries like Sweden aiming to become cashless and tear itself free from “fiat claws,” more doors are opening up for bitcoin and the altcoins it continues to help along the way. While some are upset about regulation in areas such as the U.S., it can be looked at in a positive light. After all, with regulation comes an acceptance of Bitcoin; in particular, the acceptance of bitcoin as “money” rather than a “commodity,” and money MUST be kept in check.

The year has just started, and we are well on our way to entering a fully digital world. Bitcoin helped to carve this road, and things can only move up from here on out. In putting financial power back into the hands of the people, we are more likely to witness a drop in the world’s monetary issues and experience an age like never before. On that note, let’s welcome 2016 and the potential change it can bring to each and every one of us with open arms.

What changes do you expect to see for bitcoin in 2016? Post your thoughts and comments below!

The post 2016 and Bitcoin: What Changes Will Come? appeared first on Bitcoinist.com.