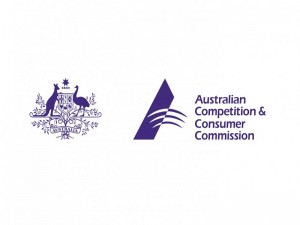 The ACCC has begun investigations into Australia banks, as they have recently shut down the bank accounts of several Bitcoin companies stationed in Australia, including exchanges such as Bit Trade and Buyabitcoin. While both sites seem to be functioning at normal capacity at the time of writing, motive behind the bank’s actions remains a mystery. With no explanation why, it has been reported that 13 accounts have been closed with 17 other Bitcoin companies having received similar letters.

The letters were reportedly from Westpac Banking Corporation and Commonwealth Bank of Australia, but according to Ron Tucker, chairman of The Australian Digital Currency Commerce Association, “all large Australian banks were shutting the door on Bitcoin companies”. Ron also said that banks were being unresponsive to inquiries regarding why their accounts were closed:

“Our members have been unable to obtain any formal clarification on the reasons for closure, except for references to policy or risk. Just what policies or risks these are have not been specified”

To the avail for the Bitcoin companies, the ACCC (Australian Competition and Consumer Commission) has begun looking into this bank account genocide. Thanks to a letter from Senator Mathew Canavan to Rod Sims stating Senator Canavan’s concerns of banks abusing their powers to shut down competition from emerging companies, investigations have begun.

Labor Senator Sam Dastyari also stated concerns regarding banks closing the accounts of digital currency companies, as it comes at a time where those same banks are interested in integrating blockchain technology for their interests. Senator Dastyrai believes that “banks must comprehensively and clearly explain why they are de-banking small digital currency companies while moving into the digital currency industry themselves,” which is easier said than done.

“The banks can put their mouthguards in and get in the ring, but all anyone has asked for is a credible explanation and I don’t think they’ve got one…. If the banks are looking for another excuse to come to Canberra I’m only too happy to oblige them.”

While the investigation is in its early days, and started with simply requesting banks to explain their actions, ACCC Chairman Rod Sims hopes to resolve the problem completely within a couple of months. It is understandable why banks might feel threatened in the presence of the increasing popular Bitcoin, but banks still need to be held responsible for their actions.

Why do you think Australian banks are specifically shutting down the accounts of companies that handle cryptocurrency? Let us know in the comments below!