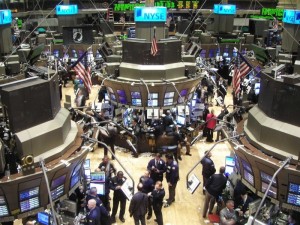 Currently, there are many separate bitcoin exchanges operating entirely independent of each other. These money markets are in no way interconnected with one another, which makes it rather inconvenient to trade across platforms. There are some benefits to having multiple exchanges, though, the primary advantage being the variety of features each exchange offers to suit the needs of different traders.

Alphapoint, a US-based technology company that powers over 20 bitcoin exchanges, has plans to solve this problem in the future. Within the next month, the company plans to roll-out a platform that will act as a single-contact point for potential traders. By routing all of the different bitcoin exchanges to one network, users will not have to create an account for each individual exchange. Instead, users can create one account that will give them access to multiple exchanges simultaneously.

Joe Ventura, founder of AlphaPoint, said that this network’s the target market is directed towards larger traders and institutional investors. The idea is to make bitcoin more accessible for these large traders; having one network to trade through will build trust among heavy-hitting investors. To ensure that the service is functional, AlphaPoint will partner with another business that will act as a clearinghouse, which they so far have declined to name.

If successful, connecting the exchanges should make arbitrage easier for traders. Arbitrage is the near simultaneous buying and selling of things in a market to profit off the price difference between an identical good in two different markets. As it stands, because exchanges operate separate from one another, trading occurs in a very fragmented environment. Because of this, the differentiated features of different exchanges affect the cross-exchange bitcoin prices by offering varying customer experiences and demographics. Having one connection point that allows users to trade on all of these exchanges at once will smooth out this differentiation. Thus, the price differences at which bitcoin sells for between different exchanges will clear faster, tending towards one price, as all goods of similar quality do in a market economy.

How do you think Alphapoint’s idea will effect the future of Bitcoin? Let us know in the comments below!