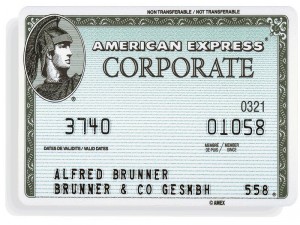 With mobile payments being the next big thing in the world of finance, many eyes are on new services such as Samsung Pay and Apple Pay. Even though both payment methods make it easier to spend funds with a mobile device, they are far from solving inherent problems with the financial industry. American Express corporate card customers can now start using Apple Pay as well.

Paying for goods and service on-the-go, rather than dealing with cash or handing over a credit card to a cashier, sounds like a perfect payment method. On paper, that is, as popular payment systems such as Apple Pay have been facing payment issues in the first few months, causing quite the PR nightmare. But rest assured as Apple engineers keep figuring out ways to improve the service provided.

Owners of the American Express corporate card – a card used by large corporations and the elite crowd – can now enjoy the potential benefits of Apple Pay as well. In doing so, American Express is the first corporate credit card to work with Apple Pay, which could open up the mobile payments solution to a much broader audience.

At the time of publication, Apple Pay is only available to customers in the US and the UK. Winning over credit card providers and financial institutions has been a breeze so far, as over 400 banks and credit unions have signed up for Apple Pay.But the key problem for Apple pay lies with signing up retailers, mostly because of the infrastructure being unable to process payments through Near-Field Communication (NFC).

Additionally, Apple Pay is not the only player in the space of mobile payments, as Samsung Pay will be launching later this month. While both Apple Pay and Samsung Pay are only available to owners of their latest mobile devices, Google has been working on a universal mobile payment method dubbed Android Pay. Last but not least, all of these services will be competing against CurrentC, a mobile payment solution developed by the Merchant Consumer Exchange. 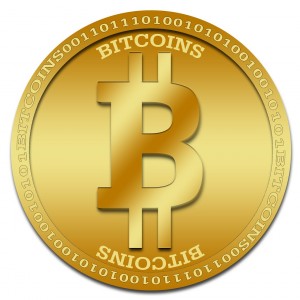 Regardless of how you want to look at things, Apple pay and its competitors are not solving a problem in the financial world. All of the mobile payment solutions mentioned earlier rely on the existing financial infrastructure. Especially credit cards, which were never meant to be used online to begin with, are not intended to be linked to a mobile payment solution either.

Additionally, Apple Pay and consorts require the merchant to invest in additional infrastructure to accept NFC payments. Bitcoin payments can be sent through Internet, Bluetooth or NFC, meaning the merchant is not forced to buy a proper payment terminal. Combine all of these facts, and there is no reason Bitcoin could not become a more favorable solution in the future.

What are your thoughts on Apple Pay, and being able to use American Express corporate cards? Have you used Apple Pay, and how does it compare to Bitcoin payments? Let us know in the comments below!