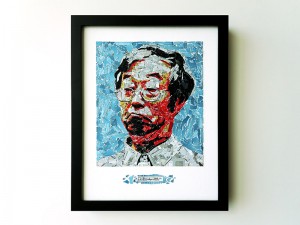 Very few people will have heard about the recent Dorian Nakamoto auction, even though it ran for 20 full days on the Bitify platform. A charitable auction was set up for an original art piece of Dorian Nakamoto, created by artist cryptograffiti. What made this artwork so interesting is how it has been signed by Dorian Nakamoto as well, who has become somewhat of a Bitcoin cult figure after being mistaken for Satoshi Nakamoto.

Also read: Be prepared for this year’s Bitcoin Black Friday! 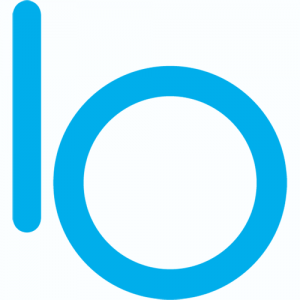 It is not the first time an original piece of artwork related to the Bitcoin ecosystem gains a lot of interest, nor will it be the last. In the case of Dorian Nakamoto, however, he became involved in the Bitcoin world by accident, rather than sheer interest. In fact, when Dorian was first introduced to Bitcoin, he had no idea what it was all about, let alone why people would think he was part of it.

Tat connection was made by reporters simply because of Dorian’s last name matching the one of Satoshi Nakamoto, the infamous creator of Bitcoin. Additionally, both Dorian and – whoever he, she, or they may be – Satoshi Nakamoto are of Asian descent, making it easy to see why people would mistake Dorian for Satoshi.

Ever since his somewhat abrupt introduction to Bitcoin, Dorian Nakamoto has become a well-respected member of the community. To show the sheer support for this, an artist cryptograffiti decided to create an original artwork, portraying Dorian’s face. In return, Dorian signed the artwork, adding to its value.

As you would come to expect, this is not just any painting. The canvas for the artwork is made up of destroyed credit cards – something Bitcoin enthusiasts will enjoy – adhesive on wood. Such a collector’s item gained a lot of attention from the moment the auction went live on Bitify, and in the end, 17.3 Bitcoin have been raised.

All of the proceeds of this auction are forwarded to Dorian Nakamoto, which is a very nice gesture. It is great to see such an outpouring of support from the Bitcoin community, as Dorian Nakamoto deserves a lot more praise than he is getting so far. His humble nature has warmed the hearts of many community enthusiasts in recent months.

Bitcoin For Art Is a Positive Trend 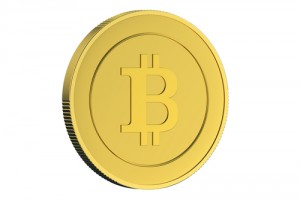 Getting people to care about Bitcoin is not as easy as it may sound, as there are many hurdles to overcome, including skipping on the technical background of digital currency. Seeing is believing, and that principle applies to Bitcoin as well. An artwork dedicated to Bitcoin, or just slightly referencing to Bitcoin, is a great way to introduce consumers and business to this concept.

It will be interesting to see whether or not more artwork-related auctions make their way to Bitcoin auction platforms, such as Bitify. Even though the amount of money raised in this auction might not be as significant as it could have been, there seems to be a golden opportunity to spread the word on Bitcoin through artwork.

What are your thoughts on this Dorian Nakamoto auction? Is there a future for this type of Bitcoin-related promotion? Let us know in the comments below!