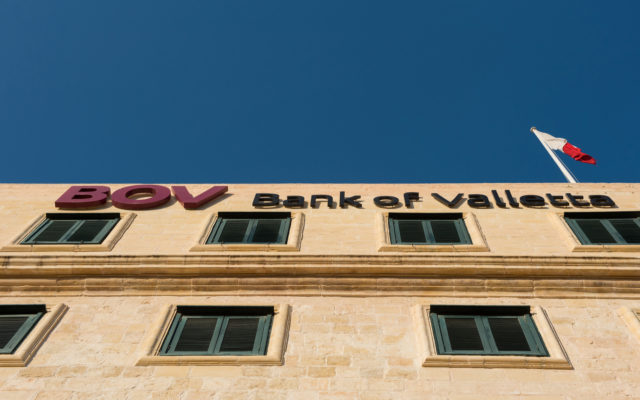 Yet another financial institution, Malta’s Bank of Valletta, has fallen victim to a cyber attack, rendering many clients, both individuals, and businesses, unable to access their funds. A week after the attack, the issue reportedly persists, highlighting the need for decentralized and stable alternatives.

On February 13th, Times of Malta reported that the Bank of Valletta, the oldest established financial services provider and the country and one of its largest, shut down all operations following a cybersecurity breach.

Hackers managed to break into the bank’s system and moved as much as 13 million euros into foreign accounts.

All of the bank’s functions, including ATMs, branches, mobile banking and even its email services were suspended, while its website went offline.

Following the attack, the country’s Prime Minister said that the fraudulent transactions had been traced and are being reversed. Meanwhile, the bank reassured its customers that their accounts are not compromised.

Issues Not Yet Resolved

Despite the strong affirmations on behalf of the bank and the Prime Minister, 10 days after the attack, customers continue complaining that payments to third parties are still not processed.

One person said that the bank failed to provide any accurate information on when the issues will be taken care of:

There is no information whatsoever on when this will be resolved. They told us specifically that they have no idea if it is days or weeks.

It also appears that the problem has also affected account holders in the UK. Not only is the bank reported to refuse to provide any timelines, but it also wouldn’t issue any proof of explanation, according to another customer, who is already late with his rent payment because he can’t access his account.

Moreover, apart from individual customers, businesses have also come in touch with the Times of Malta, voicing their concerns that the issue would have a negative impact on their operations.

Meanwhile, the bank has issued a formal statement, saying that it “will endeavor to have them (third-party payment services) fully operational by Monday.”

Have We Not Learned Yet?

Bank of Valletta is far from being the first major financial institution to experience issues which refrain its customers from accessing their own funds.

Earlier this month, Wells Fargo, one of the largest banking and financial services provider in the world with almost $1.9 trillion in assets, experienced a system failure because “smoke was detected” at one of the bank’s facilities.

Last year, Bitcoinist reported that Visa’s network crashed, causing users to experience serious issues with their card payments. Again, the official explanation was that the network outage was caused by some sort of “system failure.”

Decentralization could well solve all of the above issues. Bitcoin’s network boasts unprecedented for traditional financial institutions uptime of 99.98% since inception.  Bitcoin’s network is intentionally designed to be energy intensive and it requires more resources to attack it than to defend it, making Bitcoin the most secure blockchain today.

And while Bank of Valletta might actually solve its issues on Monday, the question remains – until when?

What do you think of the latest cyberattack on Bank of Valletta? Don’t hesitate to let us know in the comments below!