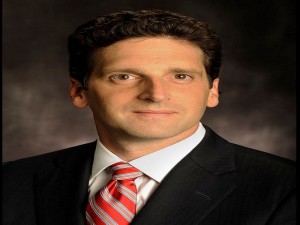 Ever since Benjamin Lawsky, former superintendent of the New York Department of Financial Services (NYDFS), and the man behind the BitLicense, departed from his job and founded a virtual currency compliance consultancy firm, he has faced accusations of creating a conflict of interest. 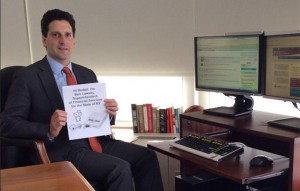 Soon after departing from the NYDFS, Benjamin registered the Lawsky Group in Delaware on June 17, 2015, his firm located at 27 East 62nd Street in Manhattan. Lawsky’s new business quickly attracted criticism from the Bitcoin community. Bitcoin.com published a piece on the issue, which stated:

“With this new consulting firm, the possibility of a cronyist and elitist Bitcoin economy in New York is much more likely to come to fruition. Essentially, Lawsky is providing the top firms with a direct link to the NYDFS. With his political connections and intimate knowledge of BitLicense, Lawsky is equipped to open the floodgates for companies that wish to use the law against competitors. In public choice theory, this phenomenon is known as regulatory capture, where private firms use their resources to influence the government in their favor.”

Has Lawsky Misused his NYDFS Position to Help His Firm?

There is no doubt about the fact Lawsky started a virtual currency regulation consultancy firm soon after working as the architect of the first comprehensive body of Bitcoin regulation. Though the accusations are not new, they came to mainstream media for the first time when Marc Hochstein, editor-in-chief of the American Banker, asked Lawsky about the possible conflict of interest in his issuing regulations governing Bitcoin on June 3, 2015.

Ben Lawsky zealously followed and supported Bitcoin regulation in New York, even when the Bitcoin community spoke out in opposition. Furthermore, since his new firm provides consultancy on virtual currency in regulations in New York, the natural question is: did Lawsky use his position in the NYDFS to set himself up for private sector success? Hochstein probed Lawsky for a reaction to the allegations that he built himself a revolving door.

Responding to Hochstein, Lawsky said that he would not allowed to do any work before the department for two years, including behind-the-scenes work. According to Lawsky, he has been banned for life from working on any matter he worked on at the department — including BitLicense.

Although Lawsky will apparently be unable to provide legal consultancy on BitLicense — based on his comments to Hochstein — he can still provide services to clients getting into New York’s digital currency economy. Thus, there will still be ambiguity regarding conflict of interest when Lawsky’s firm offers services in the same area that he built regulation for just a few months ago on behalf of the government.

What do you think about Lawsky’s decision to open a private consulting firm for New York’s digital currency businesses? Let us know in the comments below!