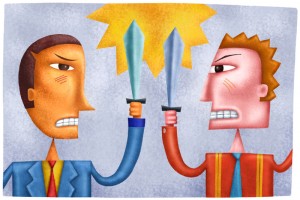 I examine the dollar tracking mechanisms of both NXT and BitsharesX.

If a few months ago you would have told me I’d have two digital options, existing in an extremely low fee environment, capable of shoring up value because they were pegged to the US Dollar… I probably wouldn’t have believed you. If your currency of choice is going through a chaotic, volatile phase why not simply store that value (temporarily) in an asset that will always track the dollar relative to your currency? Sit back, wait for the chaos to have subsumed and buy back the currency you originally had in small dollar cost averaged amounts to protect yourself from further volatility? Why not? 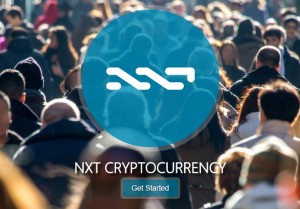 It’s a nice idea except how do you get a digital tokens value to track an asset in the legacy system properly? In Nxt’s CoinoUSD we see one attempt that simply creates value in the token by opening avenues through which you can trade in CoinoUSD, specifically the very interesting Coinomat and NXT’s “Secured Asset Exchange”, for about the same cost of a dollar. Most interestingly they can transfer it direct into a Visa or Mastercard, as well as numerous other payment windows (watch out for that current exchange rate though, a bit low at 437.64 per BTC as of 8pm, Sat, 9.13.16).

In contrast we have BitsharesX’s 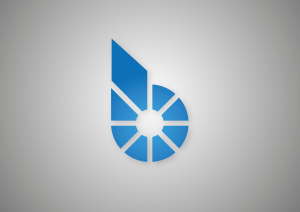 BitAsset system, a much more nuanced and elegant method in my opinion. It is based on seemingly nothing other than a tacit agreement between all actors that we will operate with full knowledge that this digital token, a single BitUSD, *should* trade for one US Dollars worth of BTSX and Vice Versa. Now at first glance I would think the asset issuing style of CoinoUSD, where the issuer simply sets the assets sales price at about a dollars worth of NXT, would track a dollar more accurately… but I couldn’t be more wrong.

Since I’ve begun tracking relative value between BitUSD, CoinoUSD, and actual USD; BitUSD has consistently been closer to the dollar.

At first it was normal to see BitUSD trading for 0.10 or 0.12 cents less than the price of actual USD. That lasted for all of about 48 hours. Then as volume kicked in the the peg started to respond tighter and faster with each round of trading. Barring a dramatic spike in price (usually up) for BTSX, BitUSD consistently tracked within 0.01 and 0.007 of actual USD. CoinoUSD in contrast, being tied to NXT but not being able to dynamically respond to price fluctuations as a result of the asset issuance system still being the chief holder, is currently trading for 1.016 USD worth of NXT (25.999 NXT if you’re keeping track).

So while BitUSD currently has shown slightly better accuracy thus far, we are talking about fractions of a cent here. I think it’s safe to say that for now both experiments seem to be working as hoped. In fact CoinoUSD may even improve as it’s currently the newer of the two assets and can benefit from a bit more volume coming it’s way. (Which if you’ve been watching Coinomat’s rise in the rankings, seems inevitable.)

For my own part, I have been experimenting with both assets and both trading platforms. Currently in terms of smart contracts I give NXT the edge if for no other reason than for the relative low cost and simplicity of their system. However BitsharesX currently enjoys a great deal of volume meaning the higher cost of issuing an asset might be a worthwhile investment. However, that part of the BitsharesX platform feels a bit undeveloped so again, in that regard NXT holds a slight edge.

For the life of me, I cannot decide whether I prefer NXT’s SAE or BitsharesX more. And maybe I’m not supposed to. Maybe the hallmark of our new economy will be that there is room for a myriad of such platforms. That by having more options we remove the chance of centralization occurring or in creating oligarchic forces simply through popular demand. Perhaps a market behaves more efficiently with numerous players and complete fungibility between those players. I know I would love to see a BTSX tracking asset on the SAE and BitNXT on the other side.

I’d also love to see a more efficient market place that generates shared wealth for it’s participants and I suspect I’ll be seeing all of the above soon.