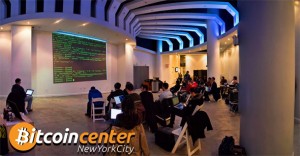 Bitcoin Center NYC, a large space for the bitcoin community, has announced it has launched an incubator for bitcoin startups.  The NYC first grabbed headlines in early 2013 when it recognized as one of the first (and largest) bitcoin meetups in the world. Its location in the heart of New York, a short distance from the New York Stock Exchange, has since became a hub for Bitcoin in the large city and a model for other community efforts around the world. According the groups Meetup.com page, the group has grown to over 2,000 members.

The center has grown to far past a simple meeting place. Now the center holds regular meetups (in addition for the regular ones) for selling and buying the crypto-currency. They also sell a large amount of bitcoin goods, like mining hardware. 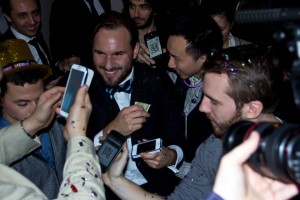 According the founder of Bitcoin Center NYC, John Lilic, the incubator is simply the next step, “We are positioning ourselves by investing in our companies. We are uniquely positioned to observe the incredibly rapid growth of this sector. Smart money venture capital and Wall Street has already moved in to the tune of hundreds of millions of dollars, and this is just the very beginning.”

He is not joking about Wall Street money either. In most recent funding round of the bitcoin exchange, Coinbase, veterans of the legacy financial system joined the usual tech investors. Multinational bank BBVA, American veteran insurance group USAA, and the New York Stock Exchange itself invested in Coinbase in the round. In addition to those investments, former Citi Group CEO Vikram Pandit and former Thomson Reuters CEO Tom Glocer invested in the company as well. The grand total of the round came to $75 million. 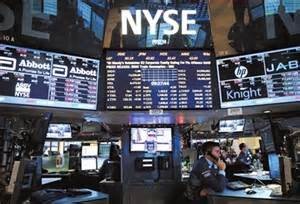 According to Lilic, he hopes to get more bitcoin startups those Wall Street connections (and thus money). The Bitcoin Center NYC will use its location in heart of the financial district of the city to get startups in its program meetings with Wall Street professionals.

For the startups accepted into the incubator, they will receive office facilities, housing and access to its staff for exchange for some of the company. Lilic has said that what the startup gets will depend, as “no deals are ever the same.”

The incubator already has several startups enrolled in the program, including an American bitcoin exchange, called Cryptos, an Uber like service but with Bitcoin, called LiveryCab, a lightweight Bitcoin ATM machine, called Digital Asset Vending Enterprises (D.A.V.E) and a non-corruptible voting system based on the block chain, called Blockchain Apparatus.

What do you think this new incubator means for Bitcoin’s chances in Wall Street?