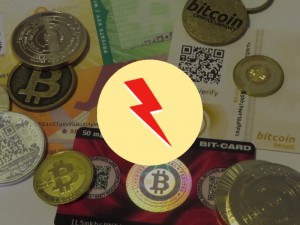 Many within the Bitcoin community speak of the day Bitcoin goes mainstream. We also fantasize about Bitcoin’s “killer application,” and revolutionizing the world through realizing the blockchain’s full potential. However, the Bitcoin community, with our lingo and technical understanding, often forget about the world outside of the forums, meetups, and conferences.

Learning about Bitcoin (the blockchain technology), and learning about bitcoin (the cryptocurrency) can be challenging to understand even to those with a technical background. If the Bitcoin community wants mass adoption to take place anytime soon, we need to do a better job of communicating what Bitcoin is to the average internet user.

Bitcoin community-focused Q&A site, ZapChain, recently decided to address this issue. Looking for a way to easily describe what Bitcoin is, founder and CEO of the Boost accelerated startup, Matt Schlicht, posed this question to the community, “What is Bitcoin? How would you explain it to your mom?” Because if we can get mom to grasp Bitcoin, anyone can grasp Bitcoin. Right?

At the time of this writing, two-dozen bitcoiners shared their thoughts with Matt and expressed how they’ed simplify explaining Bitcoin to their mothers. Here’s some of what the community had to say:

Bitcoin is like a giant excel spreadsheet with all the bitcoin balances. It is maintained by independent computers across the internet who each have a copy. The computers keep their copy in sync thanks to the brilliant design of Bitcoin. Bitcoins can be thought of as a borderless currency that can be sent from individual to individual through the internet, bypassing the banking network. No, not like Paypal, they user the banking system. More like email. Think of bitcoin wallets like email accounts. Units of value can be sent from New York to Paris instantly from one Bitcoin wallet to another.

Bitcoin is a secure digital form of money; that lets you store value without a bank or 3rd party. You can send payments anywhere in the world, for a fraction of the cost and time associated with traditional payment methods.

Bitcoin is like email. Anyone can use it; anyone can send you email, but only you with your private password can send emails from your own account. Just like email, bitcoin is borderless, peer-to-peer, runs on the internet and is free to use. Your bitcoin wallet is your gmail account. There are many wallets like Yahoo mail and Outlook, but all can send email to one another.  It’s free communication for money.

It’s money, like the money you have on your debit card, except now you don’t need a card (if you don’t want to).

Although I tried to come up with different (sneaky) ways to explain it to the layman, bitcoin just shouldn’t be explained to people who are not interested in technology as such. The same way it makes no sense to explain TCP/IP to your mom. Explaining e-mail, Chrome, Wikipedia and Facebook however makes a lot of sense.

Bitcoin is digital cash. It is secure, easy to send and receive, and doesn’t require having an “account” with anyone in order to use. Bitcoin sits in your digital wallet, just like physical cash sits in your leather wallet. You are free to fully control it, and it can’t be taken from you unless you do something silly like leave your wallet out in the open or choose to let someone else hold it for you. Most money is digital now anyway (think bank account balances). But we’ve hacked traditional money in order to make it work electronically, which is why it takes so long and costs so much to wire money between banks or accept credit cards as a merchant. Bitcoin was built from the ground up as native money for the internet. It is, therefore, global, secure, and just about free and instant to use.

How would you explain Bitcoin to your mom? Have you done so already? What did you say? Let us know on ZapChain or in the comments.

The post Bitcoin Community Explains Bitcoin To Their Moms appeared first on Bitcoinist.com.