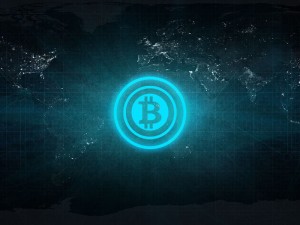 Bitcoin Core is at the center of Bitcoin; changes made here have the biggest effects on the network. Scalability has always been an issue of hot debate in Bitcoin, and it has only gotten bigger as time has elapsed. Entire threads are filled with thoughts and suggestions on how Bitcoin should be adapted for long-term use as Bitcoin inevitably will have to support more users. To bring all of the efforts of various members in one place, Bitcoin Core has released a new initiative titled “Capacity increases for the Bitcoin system.”

All the members have agreed to endorse the roadmap that has been laid out for Capacity increases for the Bitcoin system, and they consider this signing “the best possible continuation of our efforts”.

The roadmap starts with this month, and the deployment of a segregated witness testnet, “a separate testnet that provides an opportunity for Bitcoin Core contributors to test segregated witness and for wallet authors to begin working with it.” Segregated witness is scheduled to be deployed into the main net (according to the roadmap) around April of 2016 however.

2016 should see the inclusion of libsecp256k1 verification in Bitcoin Core version 0.12.0, which will give new full nodes a “500% to 700% speed boost on x86_64 hardware during verification”; this will greatly lighten the burden on existing nodes as well.

Other major additions to hit Bitcoin Core in 2016 will include OP_CHECKSEQUENCEVERIFY, a feature that will allow users to keep channels open as long as they want with a 25,000% improvement in bi-directional payment channel efficiency, as well as VersionBits, which will “increase the maximum number of soft forks able to be deploy simultaneously from 1 to 29, allowing for faster and more decentralized future upgrades of the network.”

Arguably the most important feature Bitcoin users should pay attention to is segregated witness which, according to the Capacity Increases FAQ, will give Bitcoin a:

The roadmap, of course, is subject to change, and features could be removed or added.

Is this the right direction for Bitcoin? Does Decred become less relevant in your opinion with renewed efforts on developing Bitcoin? Let us know in the comments below!