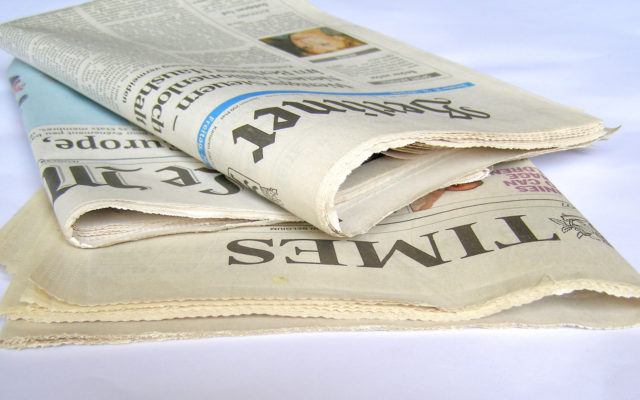 The tenth anniversary of the Bitcoin genesis block has come with a somewhat ironic celebration in one UK mainstream newspaper.

‘Thanks Satoshi. We Owe You One’

As Hong Kong-based trading platform BitMEX noted uploading the front cover featuring its own advertisement to Twitter, the edition of the Times for January 3 acknowledges Bitcoin’s tenth birthday.

‘Thanks Satoshi. We owe you one,” the advertisement reads. “Happy 10th birthday, Bitcoin.”

The lead story, however, involves UK university borrowing and debt – unwittingly mirroring the front cover on the day of Bitcoin’s birth, January 3, 2009.

On that day, the Times led with “Chancellor on brink of second bailout for banks” amid fallout from the 2008 financial crisis, something which in the UK consumers referred to as the ‘Credit Crunch.’

The grim parallel did not go unchecked by BitMEX’s research arm, which regularly provides various statistics and overall impressions of Bitcoin adoption.

Executives noted the similar language used to describe both banks and educational institutions, such as Sir Michel Barber, head of the Office for Students claiming they considered themselves “too big to fail.”

On social media, users noted other coincidental events, such as the US government being shut down “for” Bitcoin’s birthday. Saifedean Ammous, author of The Bitcoin Standard, focused on the cryptocurrency’s transparency record.

“Bitcoin has now been operating for ten years without confirming a single fraudulent transaction, and without deviating from its original monetary issuance schedule. Deal with it!” he wrote.

Thursday meanwhile also sees a symbolic cross-community effort to honor the spirit of ‘being one’s own bank’ in the form of Proof of Keys.

Announced by entrepreneur and investor Trace Mayer last month, Proof of Keys is a form of protest designed to remove custody of cryptocurrency tokens from trusted third parties. Users, Mayer said, should understand the consequences involved with owning tokens not controlled by a centralized authority.

The concept gained considerable uptake and publicity, with one exchange, HitBTC, coming in for industry-wide condemnation after it appeared to start blocking withdrawals in the run-up to event day.

What do you think about Bitcoin’s 10th birthday? Let us know in the comments below!