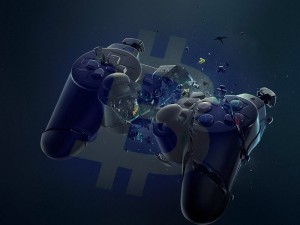 Bitcoin has the potential to impact the gaming industry as a whole and change the way games are made and marketed to players. Bitcoin gains this potential from the nature of the gaming industry; there are several different genres of games with completely different business models. For the kickoff of this series, I’ll discuss how Bitcoin and other digital currencies can be used to impact player driven economies in MMOs (Massive Multiplayer Online). In this genre, players usually gather raw materials used for crafting and either sell the materials to other players, or use them to craft gear. In addition to raw materials and finished goods, there is also usually a market for goods which can’t be created by players, some of these items can fetch ridiculous prices if the scarcity is high enough. As we will see, integrating Bitcoin into these kinds of games has a ton of potential. 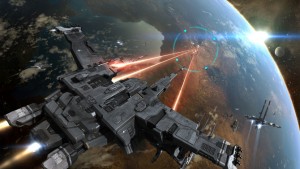 There are already games in which real currency can be traded in for in-game currency, the best example of this is EVE Online, which allows players to purchase PLEX for real money (PLEX can be used for subscription time to the game or be traded in for ISK, the standardized currency of the game.) Players spend large sums of real money to convert PLEX into ISK for their in-game operations. Digital currency could easily be implemented to allow players to trade directly with one another for real money, giving their items tangible value and allowing their time in game to potentially be profitable. Microtransactions between players would be incredibly easy if players could opt to move funds to a hot wallet which would essentially be linked to a large shared wallet in which funds can be instantly transferred to one player from another. Developers would have incentive to create this system, as they could charge a small fee on each transaction, withdrawal or market sale in their games. The revenue from such a system with Bitcoin in gaming could offset development costs and potentially remove the need for premium subscription models altogether. Add on a microtransaction store that players could spend their Bitcoin on, and the developers would be in business. 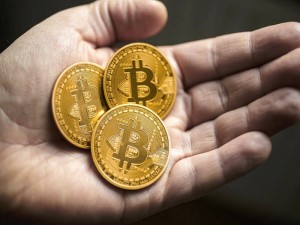 The most successful and player-favored free-to-play games only sell cosmetic and quality of life items as microtransactions, giving all players a level playing ground in terms of game content and skill cap. With digital currency integration, there would need to be a ton of security implemented and players would need to be able to generate a user-side encrypted wallet for extra security, then also have a shared community wallet that would allow for instant transfers of currency between players. With this system, players would be able to have a secure wallet that they could deposit to, and another wallet which would be a “hot” hosted wallet for instant spending for direct trades between players. An auction house system would allow players to spend from their secure wallets and wait for adequate confirmations before receiving the items they bought, but they would also have the ability to instantly purchase items with their hot wallets should the seller of the item agree to receive payment to their hot wallet when creating the auction.

Traditionally, games implement fees for auction house transactions as a money sink to offset inflation and to try to stabilize the markets. With digital currency, there would be no need for a sink due to the fact that the markets would be completely player driven and the developers would be compensated through small fees for transactions. By implementing a game with only digital currency as the money of the game, the market would be purely driven by the popularity of the game and supply and demand. Digital currencies such as Bitcoin offer new ways to experiment with game development and modeling.

What do you think about Bitcoin in gaming? Let us know in the comments below!