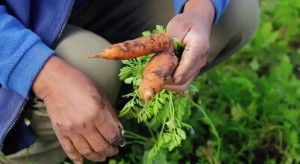 There is an interesting project currently taking place in Argentina. Nubis Bruno, an Argentinean web developer and entrepreneur, has found a way to help local organic farmers sell their products using Bitcoin.

In Buenos Aires, organic farmers are struggling to sell their products. However, some farmers have found an alternative. With the help of Bitcoin, these farmers have succeeded in creating an online presence where they can sell their organic vegetables directly to customers with no fees or middlemen getting in the way.

Santiago Zaz, a friend of Nubis Bruno, is a member of an organic community of farmers, Terra Buena, which was experiencing difficulties with selling their products.

“I know Santiago for a few years now. We became friends when I rented an apartment from him, and a few months ago Santiago told me that he was 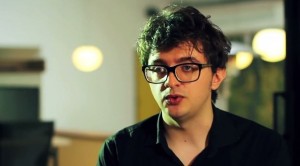 working on his business for selling organic vegetables in Buenos Aires area, and I also didn´t knew (sic) he was selling also other people’s products.”

Santiago wanted to expand his customer base and increase his business, but he didn´t know how to go about achieving these goals. Since he knew that Bruno was in tech, he thought that Bruno could be of some help. For Terra Buena, accepting payments online through PayPal or credit card was a problem because they needed the funds right away to pay for their own costs and the fees were higher than what they could afford. Additionally, they didn’t know how to cope with bureaucracy, so they needed someone to do that for them. So Nubis thought if they began accepting Bitcoin, he could set them up completely and resolve their issues once and for all.

Nubis Bruno saw an excellent opportunity to bring the digital currency to an ecosystem where it was not yet known, which was the organic farmers community in his own country. When Nubis explained his proposal to Santiago, he understood immediately what Bitcoin was all about and realized that he would be able to solve some of his problems — problems that mainly come from the traditional financial system. 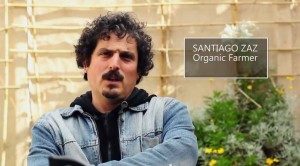 “For me personally, it’s a similar payment mechanism much like a credit card but the added value it has is that it does not require middlemen such as banks, and it’s also very easy to use. Small farmers like us do not have access to Banking credit and that makes our life pretty difficult. So we realize that Bitcoin was a safe, easy and cheap way of avoiding high fees we could have access.”

Nubis and Santiago agreed in setting up a website so that he could be accepting Bitcoin online. A week later, Nubis had the site up and running and Santiago was selling organic vegetables every day. It solved a bunch of issues for Santiago; not only receiving payments, but also taking orders and keeping track of who ordered what and how much they paid. 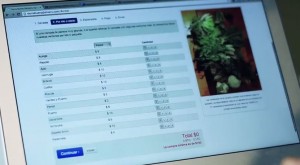 Although they are not using Bitcoin directly, and they might even not know what it is all about, all the farmers in the Terra Buena network are getting benefits from it.

Nubis thinks that Bitcoin can empower small farmers to get together and organize themselves to reach the markets directly without any middlemen getting involved.

Bruno noticed, while working with Santiago and other farmers from the Terra Buena network, how decentralized their structure really is. He also noticed that he could actually draw some parallels between the Terra Buana network and the decentralized nature of Bitcoin.

It seems that this Entrepreneur has found the perfect synergy between a traditional decentralized farmer collective model of organization and the decentralized modern basis of the true nature of Bitcoin. This has turned out to be a successful social experiment that proves the ultimate utility of Bitcoin and its immense potential to have a symbiotic integration in our economic and social structures.

How do you think Bitcoin can help people in developing countries? Let us know in the comments below!