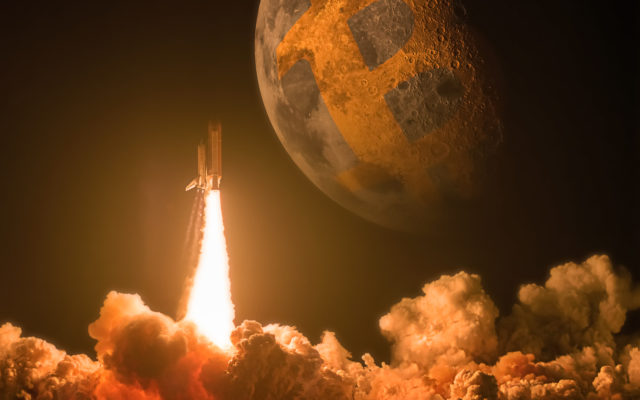 The data doesn’t lie. Over the last seven days, Bitcoin searches obliterate the number of people wanting to know more about Elon Musk or the SpaceX launch.

Any online media worth its salt knows that Elon Musk drives the traffic. People around the world are fascinated by the South African business tycoon and his electronic cars and behemoth spaceships.

But, guess what? They’re far more curious about a sustainable alternative financial system that serves their interest rather than the banks. 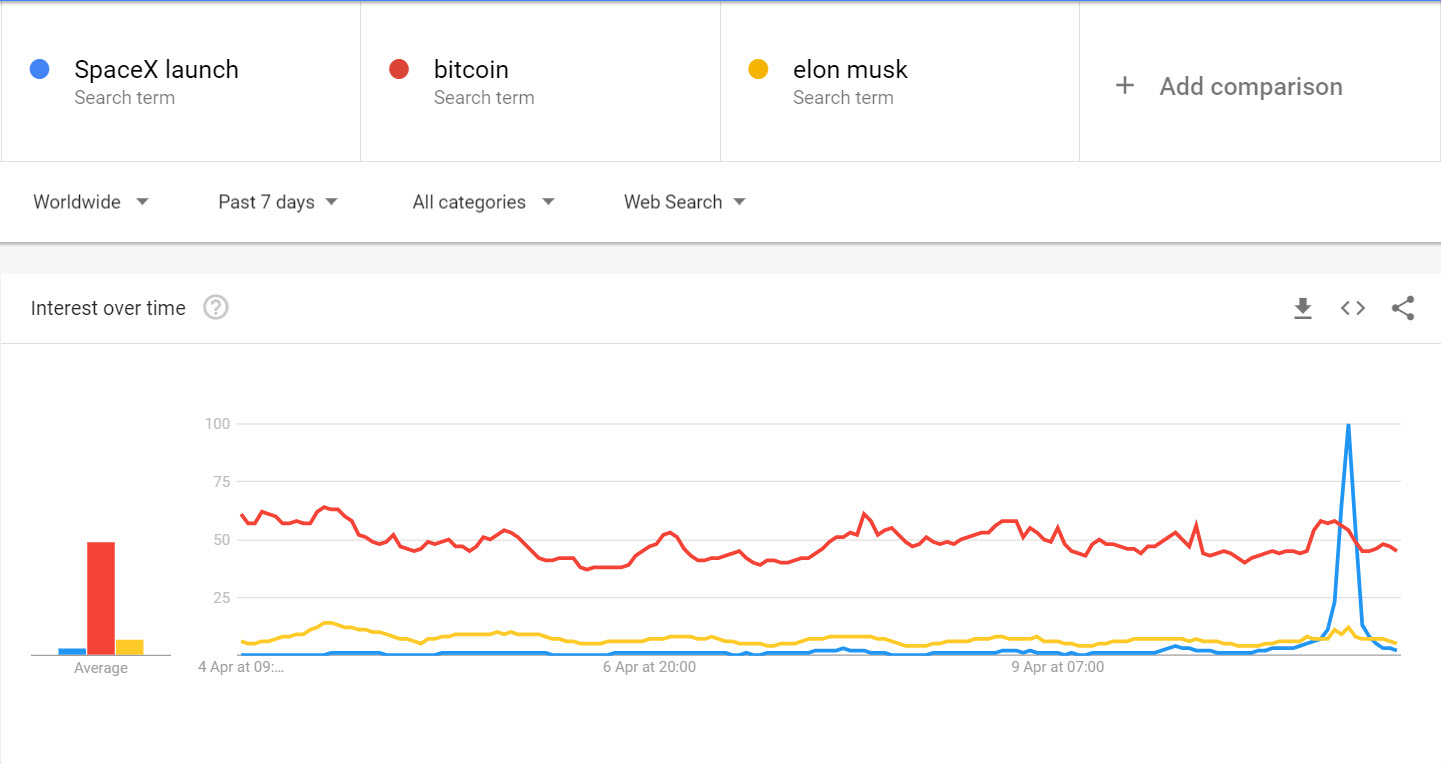 Take a look at the above chart from Google Trends over the last seven days. That’s not Elon or even the SpaceX Launch that’s thrusting upwards in red. That’s Bitcoin searches worldwide, baby, not people wondering about the Falcon Heavy delay.

Take a look at Google searches in South Africa, the country with the highest number of cryptocurrency owners in the world. Despite being born and raised in this country, people here aren’t all that interested in Elon’s latest exploits. 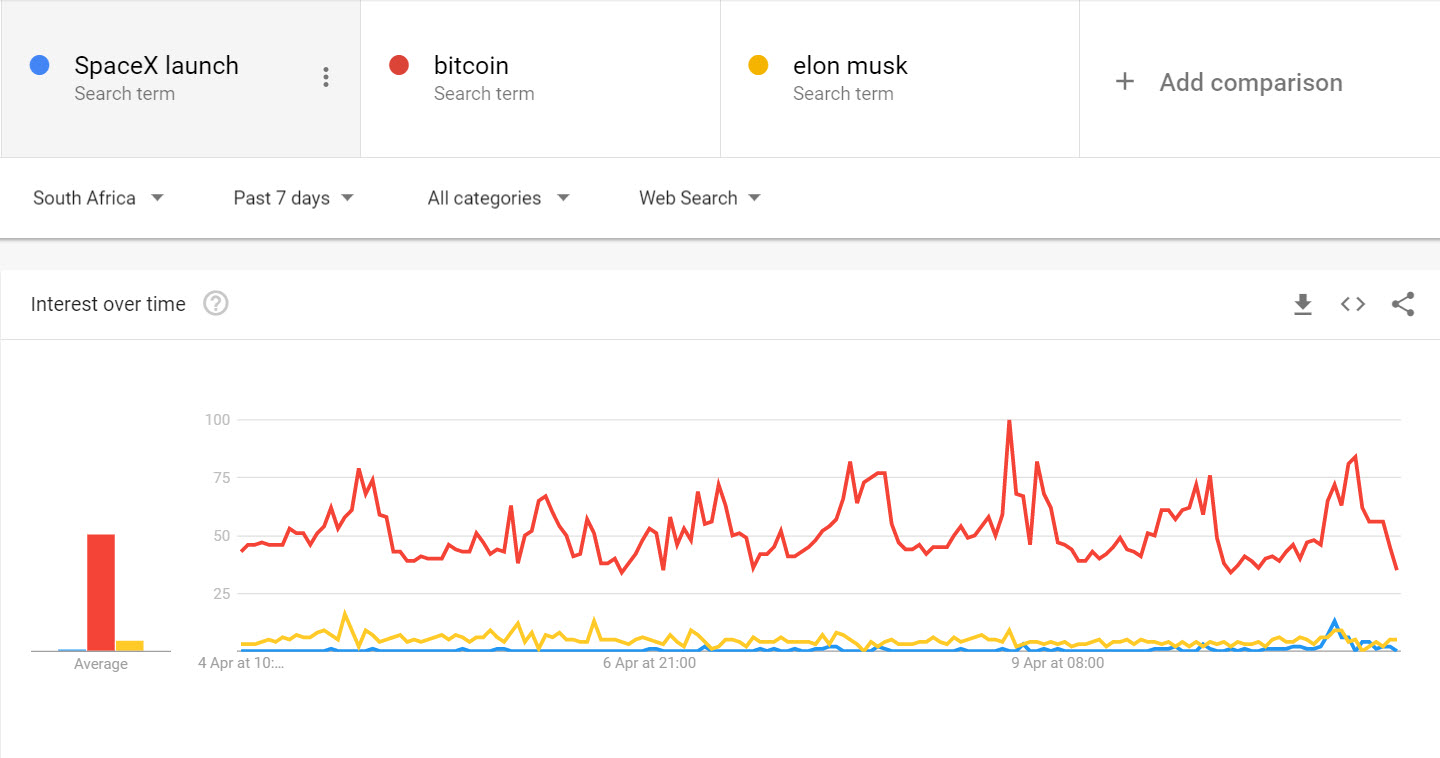 That’s probably because being able to transfer value abroad, run a thriving business, receive remittances without punishing fees, and even make money by savvy investing are all far more useful to people than flying to Mars.

Especially in countries like South Africa, Nigeria, and Venezuela where citizens need to deal with the reality of their everyday lives. What problem is Bitcoin solving for them?

In many cases, it’s preventing their savings from being wiped out, in others, it’s skipping bureaucratical steps and letting people get on with their work. In others still, it’s literally allowing them to put food on the table.

Love him or hate him, find his spending habits abhorrent or amusing ($20 million for a tweet may seem rather steep to most) the world needs people like Elon Musk.

Society has always been powered forward by extraordinary individuals with the ability to visualize what others can’t see. Just think Albert Einstein, Charles Darwin, Steve Jobs, or Bill Gates. These are exceptional people that push us to do more, be better, and reach for the stars–literally.

But right now, Bitcoin and decentralization are offering one of the greatest promises for humanity in allowing them financial freedom and a lifeline in dictatorial regimes. Traveling to other planets is not.

For now, the Kenyan farmer, the oppressed Venezualan, even your average U.S. citizen with less than $500 in the bank have needs that are more pressing than space travel.

You want to wake up in the morning and think the future is going to be great – and that’s what being a spacefaring civilization is all about.

It’s good to have people focusing on the future. It’s what keeps humans alive. But as the statistic show, it’s even better to have them focusing on society’s problems today.

The post Bitcoin Is More Popular Than the SpaceX Launch and Elon Musk appeared first on Bitcoinist.com.