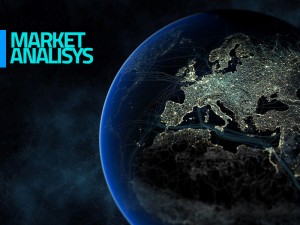 Bitcoin has done extremely well this week, rising from a low of $249 from the beginning of this week, all the way up to a high of $270, with price sitting at $269.61 currently. With Bitcoin known to receive significant market movement from global politics, it is no surprise Greece defaulting gave Bitcoin a $20 boost in price.

Another event that has helped as well as slightly inhibited price was Bitcoins recent soft fork. While the goal of introducing BIP66 was a success, and 95% of the miners were starting to produce v3 blocks, a miner in the other 5% did create a v2 block which did not get validated and was passed into the network. This led to more blocks to be built over the invalid block, which resulted in errors and increased the chances of double spending.

Due to the situation, all SPV clients have been elevated to active miner status, with all lightweight, web, and any Bitcoin Core wallets below version 0.9.4 users advised to wait 30+ confirmations as to ensure transactions are authentic.

Bitcoins volume has been healthy as well, with current volume well into the $40 million range.

Price has been bullish for the last month, and trends continue to point to that. Bitcoin for me has three potential outcomes:

Regardless of outcome, Bitcoin makes a more pronounced impact on mainstream audience by the day. With a situation like this usually giving gold a boost in price or another commodity, it just shows how many people are starting to see Bitcoin as a viable currency of the future.

For this week in altcoins, Litecoin takes the cake. With a rise that looks to break $5, Litecoin is currently at $4.80, a 56.40% increase since the beginning of the week. Volume is almost at $15 million as well, nearly a third of Bitcoins volume. With Litecoin taking a majority of the altcoin trading attention, this may be just the boost Litecoin needs to revitalize interest into what seemed like a fading altcoin for some time.

With Litecoin continuing to grow percentage wise faster than Bitcoin on average, an interest to mining Litecoin may also return. Many good things can happen from an increased price in Litecoin, and with the block halving coming in an estimated 50 days, only time will tell.

Where do you see Bitcoin next week? What about Litecoin? Let us know in the comments below!

The post Bitcoin Market Wrap Up 6/28 – 7/5: BTC Up From BIP66, Greece as Litecoin Approaches $5 appeared first on Bitcoinist.com.