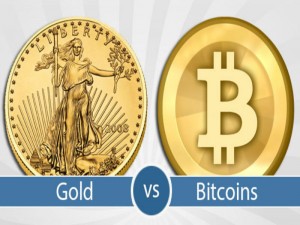 In the ongoing discussion about Bitcoin price volatility, one theory for a rapidly falling Bitcoin price is the fact that so many coins are mined every day. Currently, Bitcoin miners produce 3600 coins daily. These miners must pay bills, such as rent and electricity, which cannot presently be paid for with Bitcoin. Therefore, large portions of Bitcoin mining profit must be converted to fiat in order to pay expenses and keep Bitcoin mining operations afloat. 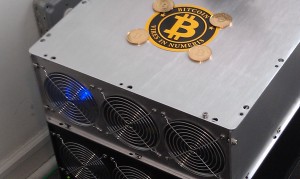 Thus, when we see temporary spikes in demand for Bitcoin, the price shoots upwards, which encourages speculative buying, thereby pushing the price even higher. When that spike in demand subsides, however, the Bitcoin price will not simply level out at a new high. Thousands of coins are still being sold every day, so selling pressure will very quickly catch up to demand — which has now become static — and will surpass the newly established level. The Bitcoin price will begin to fall, and those speculative buyers will cash out, making the price fall even further, until the next spike in demand arrives.

And there we have our extremely volatile Bitcoin price. Of course, other factors, such as merchant selling pressure and dark net market activity, contribute to that baseline of downward pressure. However, many people in the Bitcoin community believe that the liquidation of Bitcoin mining profit is the main culprit of Bitcoin’s downward pressure, while the temporary spikes in demand create the up-and-down volatility.

At this point, it is common knowledge that Bitcoin was designed to work a lot like gold. In fact, a large part of what makes Bitcoin great is the fact that Bitcoin mining parallels gold mining in a few respects.

Like gold, Bitcoin is scarce, and requires substantial amounts of resources for production, or mining. Bitcoin miners must use up electricity, Bitcoin mining hardware, and physical space, which often requires miners to pay rent. These expenses ensure that Bitcoin is only mined if it is valued highly enough; if the utility received from newly mined coins is lower than the utility foregone in paying the expenses to mine coins, then there would be no Bitcoin mining. Furthermore, as Bitcoin mining progresses, the difficulty involved in producing new blocks increases. Once Bitcoin mining got started though, and Bitcoin attained an exchange rate with the dollar, one feature of the protocol’s mining mechanism departed Bitcoin mining from its gold mining roots. This feature, combined with an unavoidable economic characteristic of the currency, constitutes the supply-side problem present in Bitcoin price volatility. 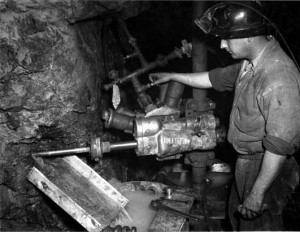 While Bitcoin mining does require increasing amounts of resources as the hash rate grows, those costs are not rigid. When the purchasing power of Bitcoin falls, miners do indeed cut back on mining — if the price falls low enough, miners will turn off their rigs altogether. But mining does not simply cease until demand makes it profitable again, as is the case with gold mining. Instead, the Bitcoin protocol has a mechanism that ensures coins are always produced. When Bitcoin mining becomes unprofitable, and the hash rate consequently declines, the mining difficulty is automatically diminished. Thus, as the Bitcoin price falls, mining becomes less expensive. Therefore, in the short run, supply is constantly increasing, regardless of how low demand falls.

Gold, on the other hand, has no such mechanism that retargets mining difficulty, nature does not allow for such a thing to take place. As more and more gold gets extracted from the earth, the remaining stock is deeper underground, behind thicker rocks, in smaller amounts. As gold is continuously mined, the difficulty increases, and it never gets any easier, no matter what. So if the demand for gold declines, the rate of increase in supply declines as well.

Additionally, the demand for gold has two components, whereas Bitcoin only has one. Gold (assuming it is used as currency) has both monetary demand and industrial demand. That is, gold is used both as a currency and as a factor of production. Thus, if monetary demand falls, and industrial demand rises or stays constant, the monetary gold supply actually decreases! So, with gold, there is no constant downward pressure on purchasing power. Supply adjusts to demand, so the fluctuations in a gold currency’s purchasing power would be much less severe than the fluctuations seen in Bitcoin’s purchasing power.

Since there is no industrial use for Bitcoin, and fluctuating mining difficulty ensures a constant rate of supply increase, the Bitcoin supply will grow regardless of its demand. Even after all the coins are mined, there will still be no industrial component to Bitcoin’s demand. Therefore, when monetary demand falls, supply will remain constant, and Bitcoin’s purchasing power will not level out until demand stops falling.

Is There a Solution to the Bitcoin Mining Conundrum? 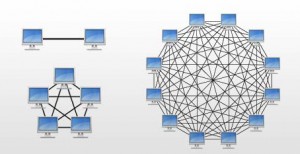 The initial reaction for many people who encounter this problem may be the thought that the solution is very simple. All that needs to be done is to implement a change in the protocol so that Bitcoin mining difficulty does not retarget as the hash rate declines. Unfortunately, I do not think the Bitcoin mining conundrum is so simple.

It is actually very important for mining difficulty to adjust alongside the hash rate. Bitcoin miners provide a crucial service to the network, they produce new blocks, which allows new transactions to take place, they confirm those new transactions, and they broadcast them to the blockchain. Therefore, it is essential that there always be a distributed network of miners, to prevent one person or group from gaining control of the network, and to ensure that transactions will go through. Without Bitcoin miners, there is no Bitcoin.

Of course, the problem presented here is not a make-or-break issue. It is highly unlikely that Bitcoin price volatility has an effect on long-term demand. Worst-case scenario, volatility pushes unlucky speculators away, but in no way deters those adopting Bitcoin based on its merits as a monetary technology . Thus, volatility does not present a major obstacle to Bitcoin’s network effect, the growth of which will gradually diminish price volatility.

Do you have any solutions to the problem presented in this article? Or is it even a problem at all? Let us know in the comments below!

The post Bitcoin Mining vs. Gold Mining: a Comparison appeared first on Bitcoinist.com.