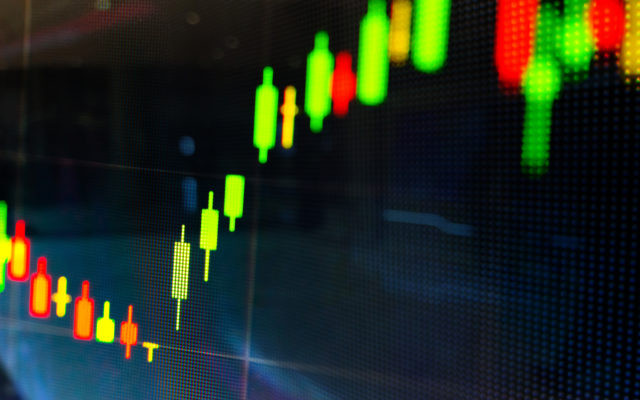 Bitcoin price is up 1.7% for the week heading into Easter weekend. Let’s take a look at the price action to see if BTC/USD will press higher.

The 4-hour bitcoin price chart paints a picture of consolidation preceding a definitive move. With weekly highs of $5308 hit overnight and lows of $4950 rejected on Monday, bitcoin trading today at $5250 illustrates bitcoin’s intentions are to move higher in the short term.

The weekly opening of $5167 is now the first line of defense for the bulls. This level was broken and retested yesterday before being sharply rejected preceding a move to new weekly highs – a good sign for higher prices in the back end of the week.

If bitcoin price 00 can establish itself above $5150, it is probable that the monthly and yearly high of $5465 will be tested before the end of April.

The 4-hour MAC-D is above zero and still crossed bullish above its signal line. But it is printing lower highs on the histogram, which does imply that the move overnight is running out of steam.

Relatively speaking, the volume is also contracting, which would also hint that a bigger move is in the works as traders position themselves.

The weekly chart clearly demonstrates that bitcoin bulls could ideally do with the weekly closing up over the $5300 level to avoid another doji indecision candle that many market participants would view as being a sign of weakness.

The MACD histogram combined with the green volume and candles does a lot to demonstrate how in control the bulls have been since the yearly lows of mid-February at around $3350.

The chart showing the market cap for USDT shows that since the 25% breakout in Bitcoin price from $4k to $5k at the start of April, the Tether market cap has also advanced 25%, or $500bn since the move: from $2bn to $2.5bn.

This is quite significant on the basis that it demonstrates that new money has flown into the space after the price hike with China being a major source. 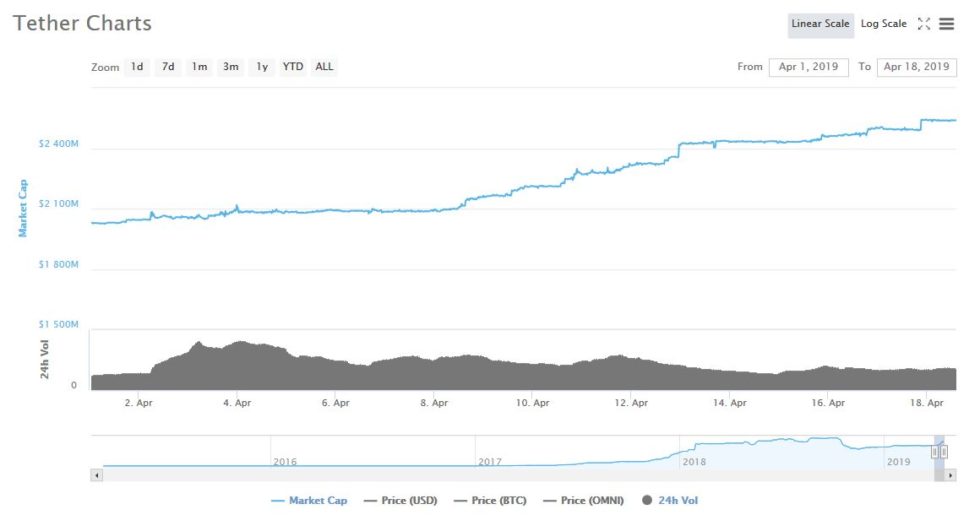 The reason this is significant is that the buying interest has quickly followed price, indicating that buying interest is increasing as sharply as the price, which could provide additional momentum.

This is good news for the bulls who can feel more comfortable that the noise around the price hike being in relation to one buyer was more likely bear fiction, than fact.

While there are very positive signs for the bulls, we must remember that bitcoin has had a stupendous run so far in 2019 and is also yet to post macro higher highs above the key $6000 resistance.

Until that occurs, despite all of the positive indicators, we remain bullish within what is still a bear market until proven otherwise. A break out above $5500 in the near term will go a long way to making that change a very real possibility in 2019.

The post Bitcoin Price Could Soar Higher As $500M New Tethers Are On The Move appeared first on Bitcoinist.com.