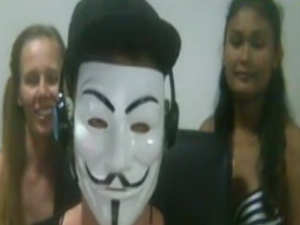 There are multiple ways to promote Bitcoin and digital currency to a mainstream audience, but not all of those methods will have the desired effect. A group calling themselves “Wet T-Shirt Girls” on Youtube, have recently uploaded a new video in an attempt to raise Bitcoin awareness in a rather strange way. 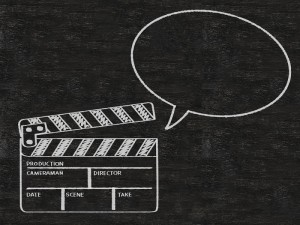 Promoting Bitcoin by using girls – or in this case, middle aged women – in wet T-shirts may sound like an interesting combination, even though it is awkward at best. On top of that, most of the “promotional” videos on this Youtube channel are of a hallucinogenic – and even depraved – allure, making it look and feel very strange.

Staying true to the channel’s name however, their latest video shows the two women working gardening, which leads to a bucket of water being dumped on both of them. In the background,w e can hear their “silent partner” – who goes by the name of mr. Anonymous – cackling like a lunatic.

Regardless of all of that, these videos to have a purpose. Wet T-shirt Girls aims to collect Bitcoin donations in order to create the “ultimate” Bitcoin promotional video. That being said, the channel has brought in a whopping US$20 to date, so there is still a long way to go. However, Bitcoin could do with a proper promotional video, which does not necessarily need to include two middle-aged women in wet T-shirts.

Speaking of this “ultimate” promotional video, it may very well include the shooting of machine guns, shooting dollar bills and some wet T-Shirt action in a jungle. In order to make that dream into a reality, more funds will have to be raised though. But the main objective of this Youtube channel is demonstrating the excitement associated with making an anonymous contribution to projects like these by using Bitcoin.