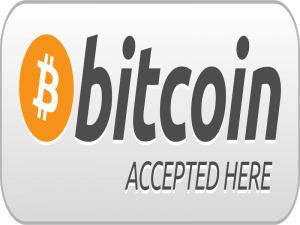 There is no denying that the current financial state of some countries is not great in any definition of the word. Yet, can bitcoin, or any other cryptocurrency be the solution for some of these countries going through a financial crisis. There is no way of giving a definitive answer, but it could certainly happen. The reason why governments are forced to go against the idea of a cryptocurrency is due the decentralization it provides to the people. Approving of decentralization removes the need of a government as there is no need to regulate the economy. The economy would be controlled by the people which would make our economic system democratic!

The truth of the matter is that bitcoin might not be embraced in any of the larger countries as they do not need to approve of decentralization. However, countries in Latin America have shown interest towards bitcoin due to their financial state. Personally, I love the idea of decentralization and if I convince people in my country embrace it as well, I feel as if I helped a larger cause. I live in Panama, a Latin American country with a huge trade impact with countries in Latin America, China, and the United States. Therefore, Panama is quite liberal in what concerns its economy which makes bitcoin companies a bit easier to handle here.

A company which is located here is Coinapult, and having met one of their lawyers, they are in charge of determining the legal implications of owning a bitcoin company in Panama. Fortunately, there is a company which also buys and sells bitcoin to people who are interested in it. This is great for me as I can cash out whenever I need to and get it withdrawn to a bank in my country. This removed the need of an exchange for me. This just comes to prove the impact bitcoin is having in countries all around the world. Bitcoin is becoming mainstream and we will soon have to embrace that, and while it should be easy for bitcoin enthusiasts, it is our job to teach others how bitcoin will affect their lives.

There is no denying I would love so much more for bitcoin in Latin America, but expansion takes time. Even though there are a couple shops which accept bitcoin in my country, why should I settle for that? Can’t I imagine a time where I can pay for anything while using cryptocurrency. That is a vision many people have in common, and one that most of us would like to see come true. We have not reached the true potential of bitcoin, and whether its price fluctuates, it really doesn’t matter as long as it keeps on expanding its real world use. The future is bright for bitcoin, and its up to us to help it expand. Not only through social media, but by actually speaking to people regarding the potential bitcoin could have in their lives. We all have a role in the world we want to build…. What will be yours?