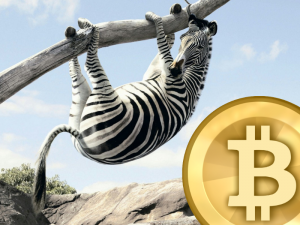 For anyone new to Bitcoin, getting your first couple of Satoshis is easy with faucets. Which one? As there is so many to choose from. I’m here with Bitcoin Zebra, which promises high payouts and excellent service with events and giveaways all the time!

1. What sparked the idea to make ANOTHER Bitcoin faucet?

About 4 months ago I didn’t even know what a Bitcoin faucet was. But I was starting down the path that a lot of people probably go down of becoming more and more interested in Bitcoin and wanting to get involved with the community and this new exciting technology – and I needed to get myself some bitcoins! So quite soon I was “surfing” the faucets and building up my wallet but found I was frustrated by the reliability and general quality of the existing faucets. Most of them seemed to have been created from the same scripts and dumped on the web with little or no design or development effort. Worse still I found that some of them would disappear overnight meaning you wouldn’t get any payment. Being a long-in-the-tooth and typically cocky software developer I decided that I could do something better, make it more fun and try to be as generous with the payouts as possible.

2. What makes Bitcoin Zebra different from other faucets?

Bitcoin Zebra is constantly in development – as well as things like the (no risk) multiplier, I am keen to make it generally more of an enjoyable experience than the other faucets with various promotions, competitions and ways to earn more free Satoshi. We’ve just completed a big competition that ran for the duration of the soccer World Cup which gave away 0.1 BTC for the top ten prizes and over 0.5 BTC in consolation payouts to everyone who used the faucet during that period. I was amazed at the response to that, with the winners somehow managing to use the faucet over 20 times per day to get in the top positions on the leaderboard! There have been lots of other shorter promotions before that, and I’ve got plenty more lined up for the future.

I am committed to keeping the faucet running as long as people are interested in using it, and I’m having fun developing it. It’s still really just a hobby for me, up until recently I wasn’t really making any profit from it and on lots of days actually lost money, paying out more than I got in from advertising and donations. I seem to have got the balance a bit better now, with the payout average amount now linked to the current BTC v USD rate, but its a long long way from being enough to give up my day job just yet!

4. Can you explain the “Feed the Zebra” concept?

There’s not really much to it to be honest. The Bitcoin Zebra name was just a domain that was available and fit in with my intention for it be a fun faucet. Then the “feed the zebra” line was the first thing that popped into my head and people seemed to like it so it has stuck. I regularly get emails from people saying they enjoy feeding the zebra, or even that they are worried because they haven’t fed it recently!

There is a handful of other faucets that I really like and have a lot of respect for, but I want Bitcoin Zebra to be number 1!
I think there are 2 things that I need to do to achieve that – continue the keep the faucet payouts and referral commission as high as possible and make the Bitcoin Zebra stand out from the crowd by offering something different. So these are top priority for the near future.

Just a big thank you to everyone who does use the faucet and also to our advertisers who help keep the faucet going. We currently get over 200,000 page views per day so if anyone is interested in having their Bitcoin-related banner advert seen by many similarly tech-minded people then its very easy to set up – the full details are at http://faucet.bitcoinzebra.com/advertise