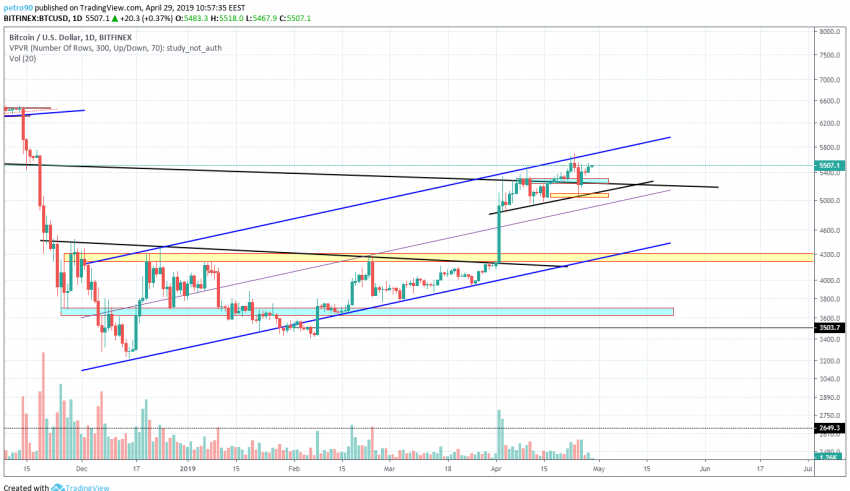 It’s time to do a weekly analysis of Bitcoin price, which continues to keep everyone on their toes and does not give a clear signal to buyers or sellers.

Last week, the price was moving at an approximate range of 6%. After an unsuccessful attempt of buyers to break through the blue trend line of the channel, in which the price moves from December 2018, the sellers tried to change the situation on volumes and began to fall. Sellers managed to lower the price by almost 10% in 2 hours: 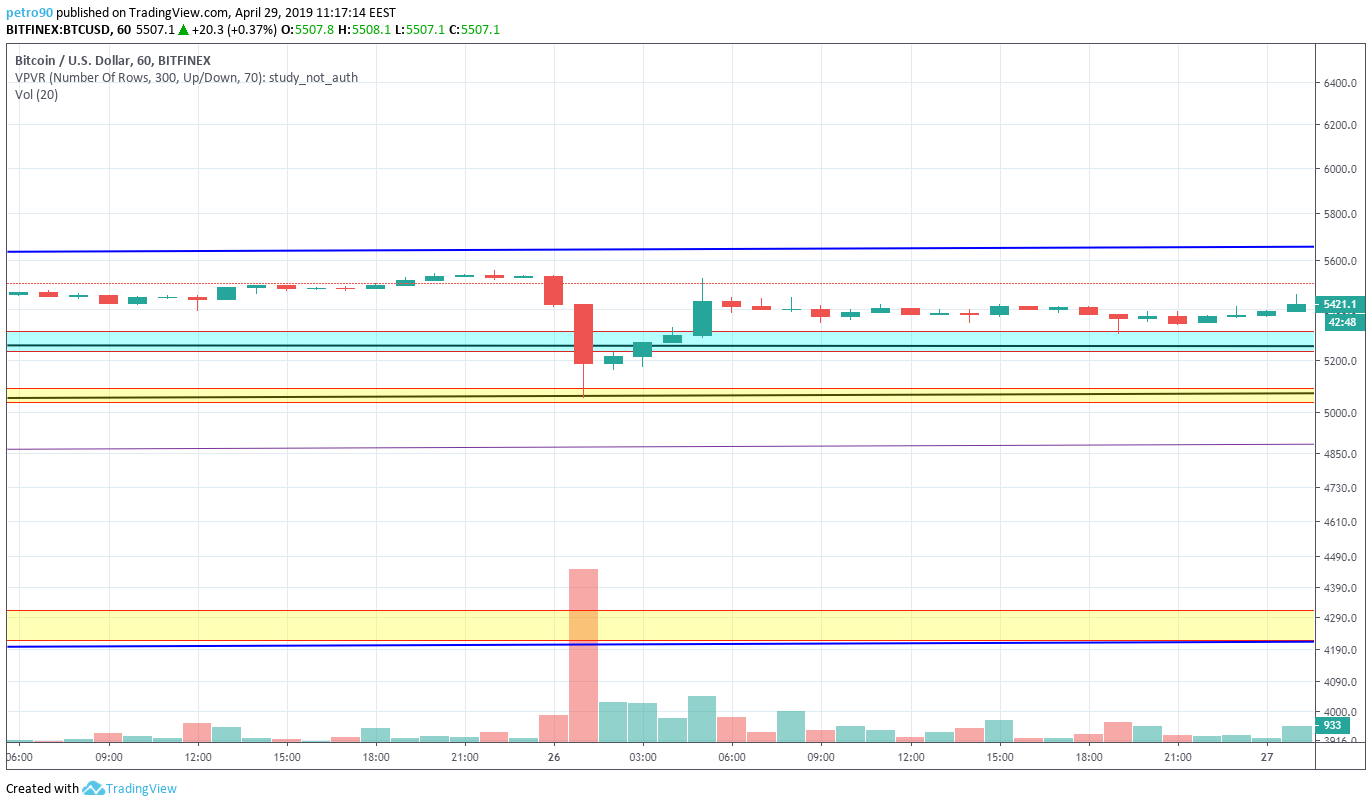 Sellers managed to even break through the price zone of  $5,200-5,300 and stop at the critical point for buyers of $5,000-5,050, which we wrote about in previous analyzes. However, sellers could not hold their initiative and buyers could immediately return control at the price range of $5,200-5,300. 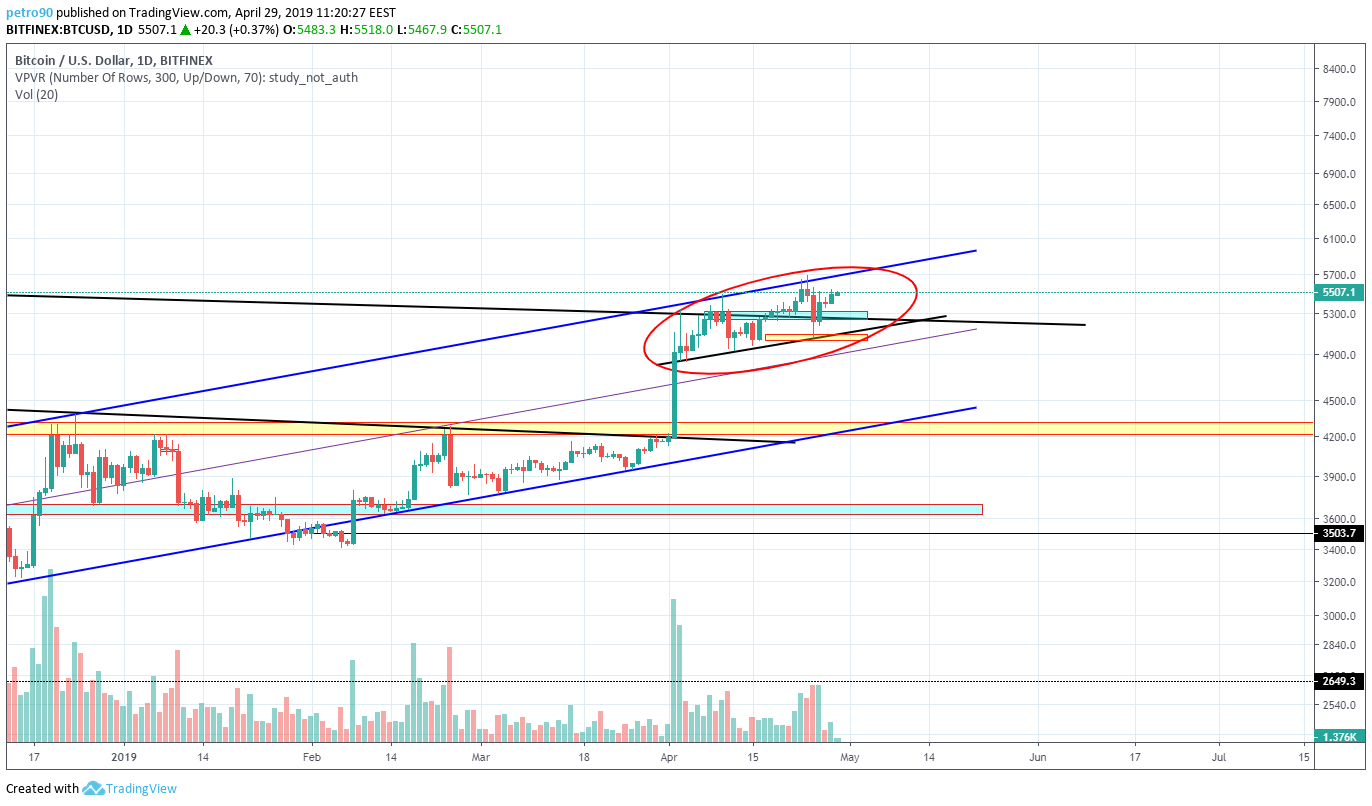 In fact, the action signal will be when the price goes out of this channel.

Analyzing the volumes this week, they were slightly higher than average volumes starting from January 2019. After a sharp fall with a test of the price zone $5,000-5,050,  buyers for 4 hours at increased volumes bought bitcoin. After the price return above $5,200-5,300, the volumes have fallen sharply and to this day remain low: 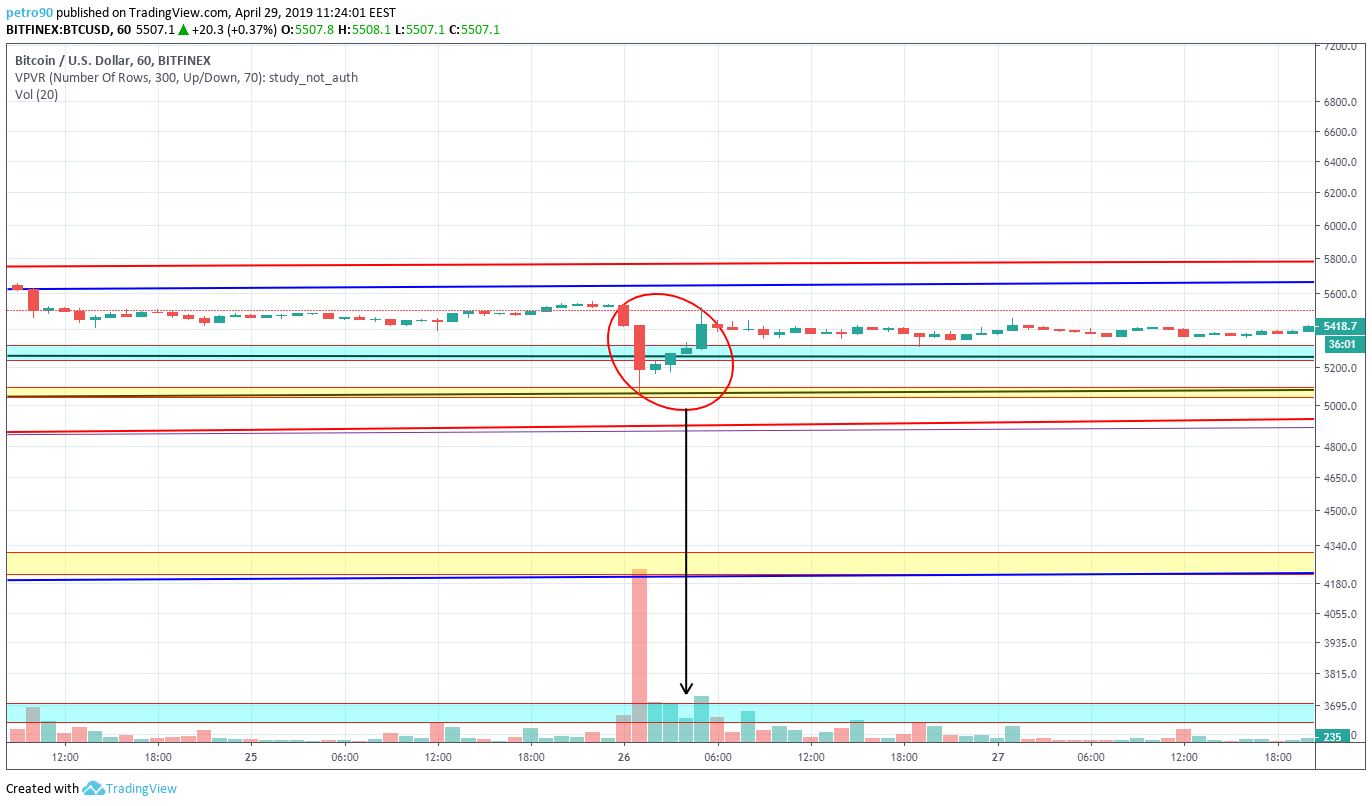 It suggests that so far buyers are trying to keep the price, but do not actively fight for the continuation of growth, thereby pointing to their weakness.

Marginal buyer positions tell us that the majority fixes their profits and closes their positions: 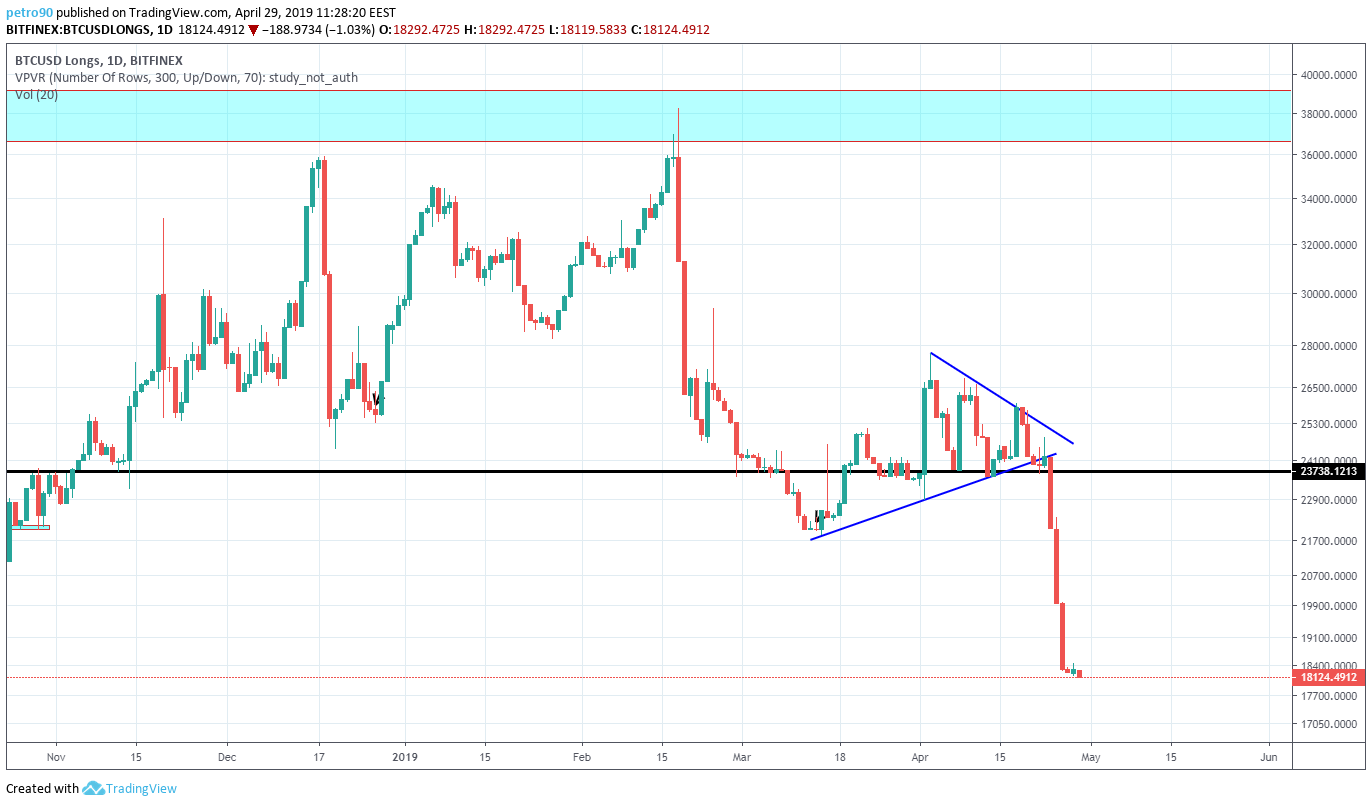 Sellers, on the contrary, expect the continuation of the fall and actively increased positions: 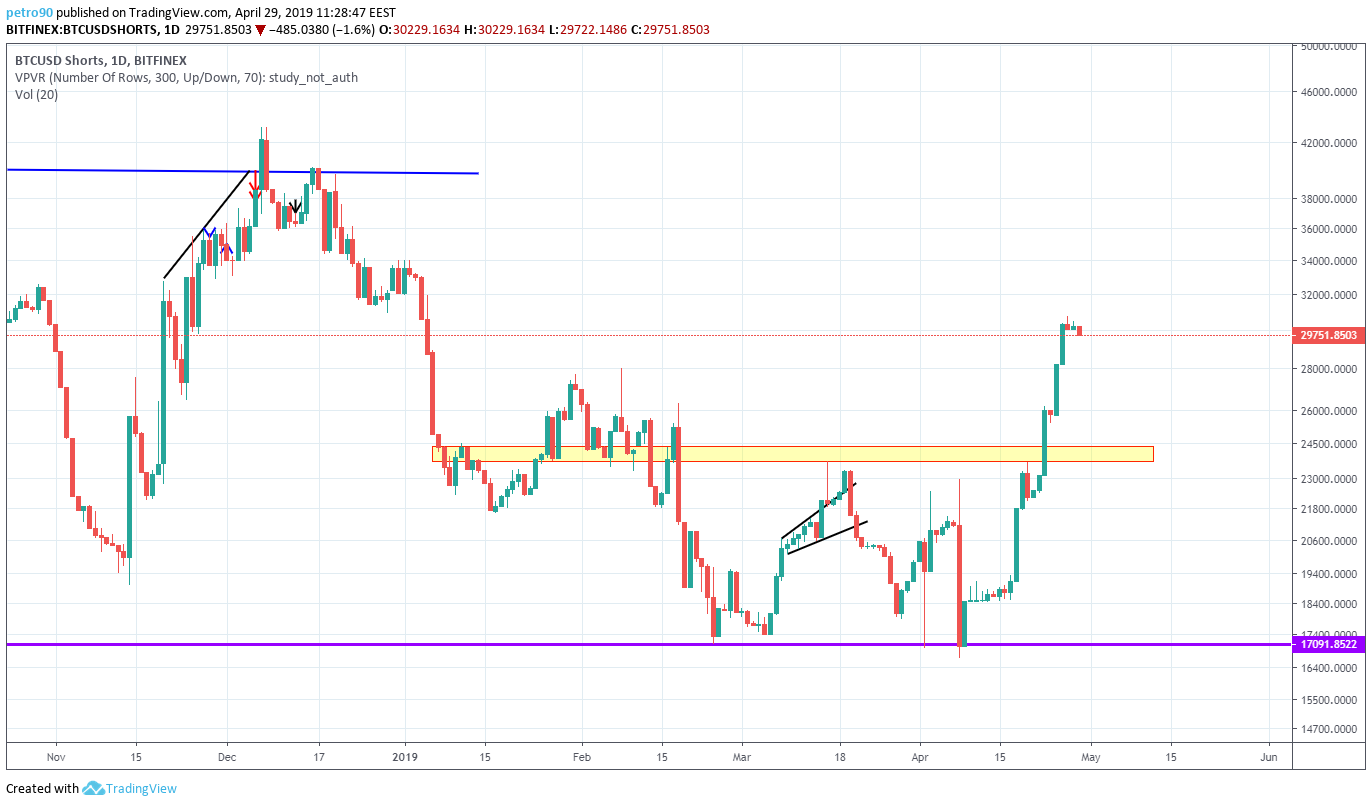 Pay attention, how the fear/greed index has changed. The mood in the market has changed dramatically, despite the fact that the price did not make strong fluctuations: 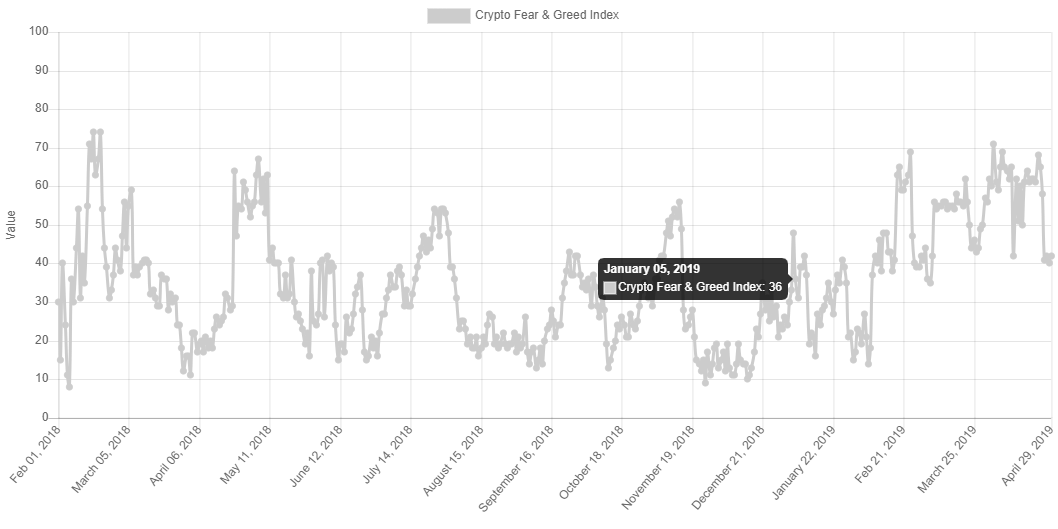 According to the wave analysis, the last wave of growth, which began on 11 April, sellers adjusted by 78.6%: 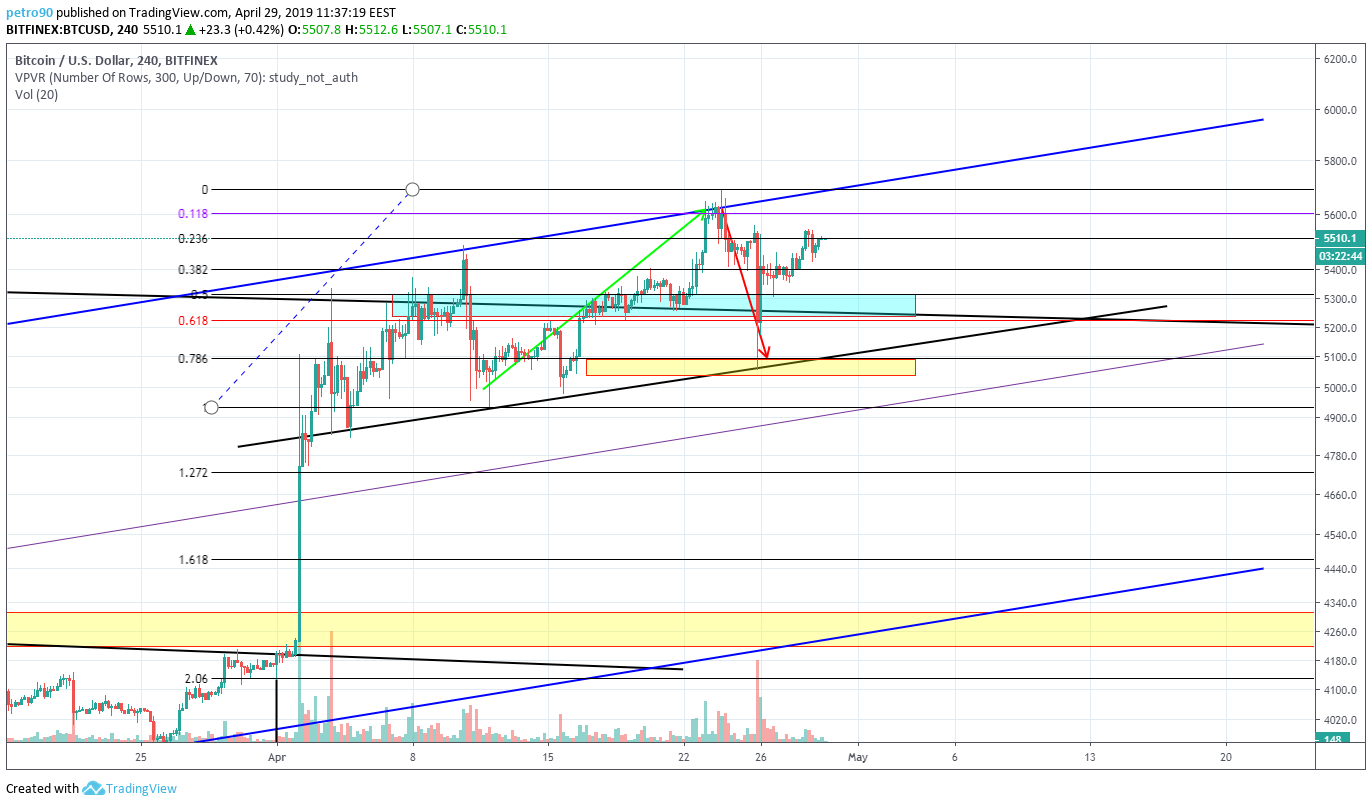 If we consider that we are waiting for another wave of growth, it is important for buyers to break $5,550. At this point, the wave c = 0.618 * a and it is likely that buyers will not be able to fix above this price. However, if buyers are able to do this, the next target is $5,800, but we think that under such a scenario, the price will slowly and sluggishly move towards this target within the blue channel: 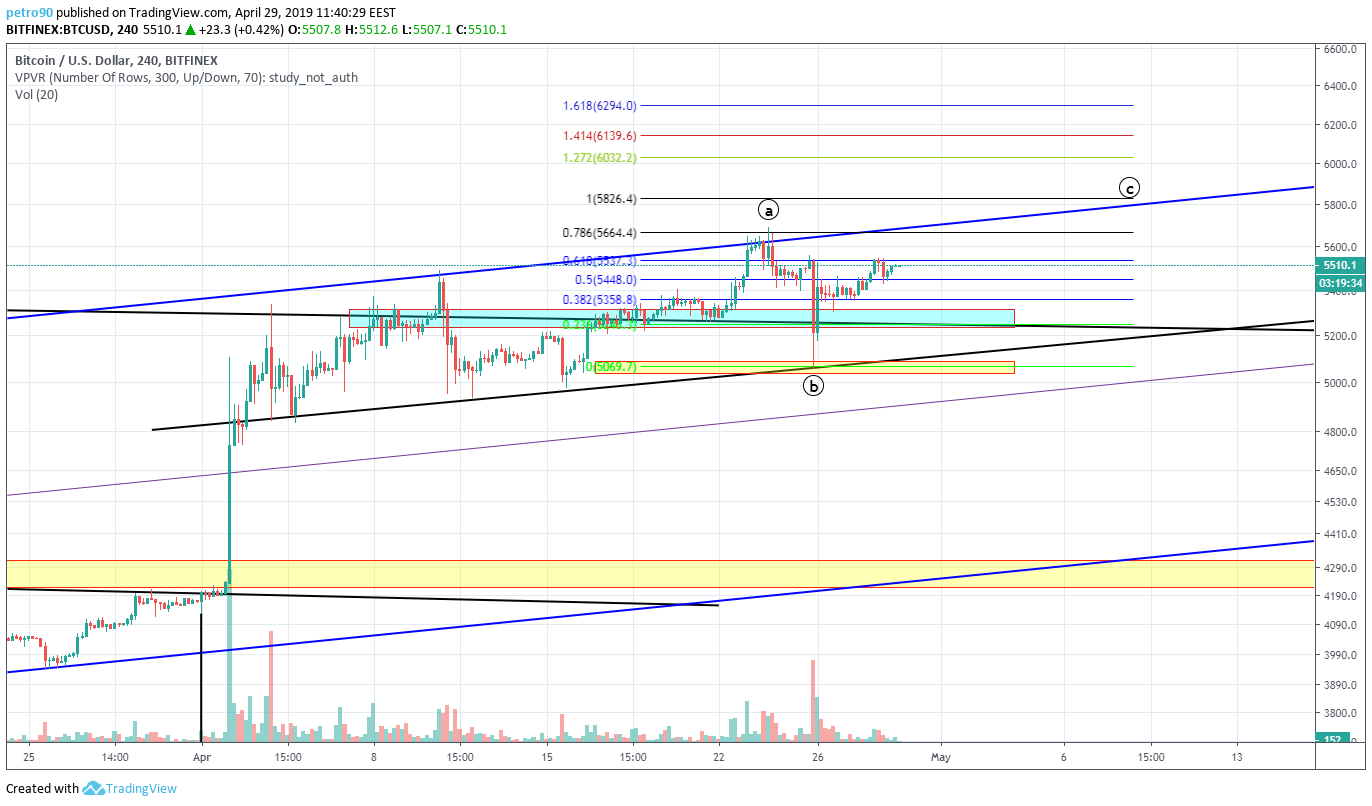 If you look at the monthly timeframe, we notice an interesting situation: 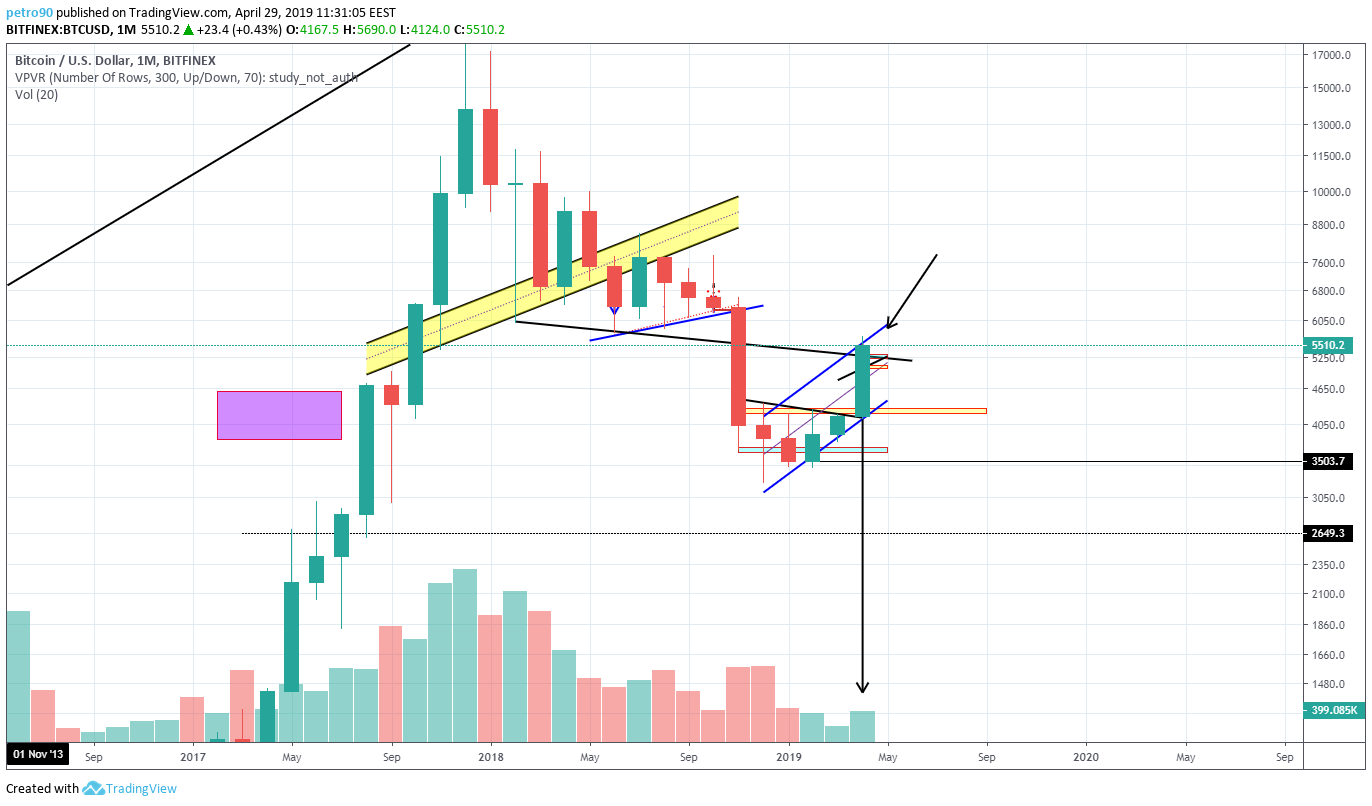 Pay attention to the volumes in February and April. At practically identical volumes, the April candle is three times greater than the February candle. Such volumes do not inspire the hope that buyers have enough strength to continue their growth and our main scenario remains unchanged. We continue to expect movement in the blue channel with the ultimate target $4,200-4,300. Critical points also remain unchanged:

We wish you a successful financial week and look forward to clarifying the situation.