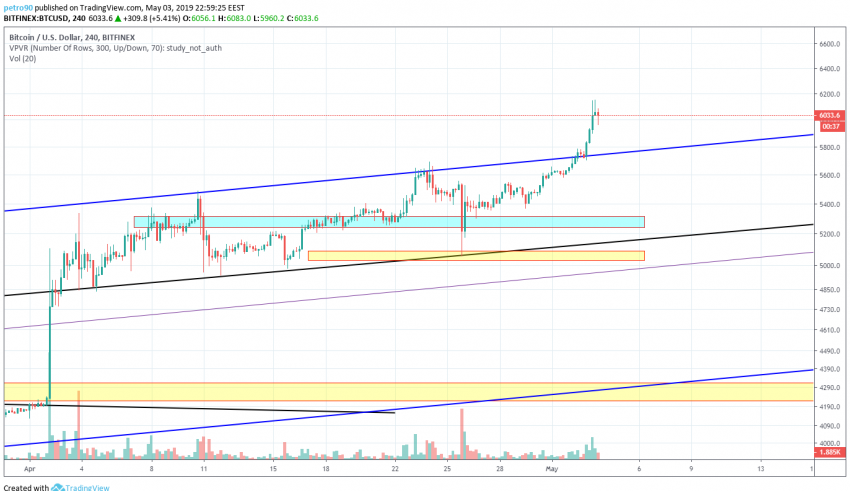 Well, today buyers took a good step by breaking the blue channel of growth in which the price was moving for 5 months. On the one hand, it means the acceleration of local growth trend, but buyers have come closer to the main price zone, from which the bloody fall began in November 2018. We are talking about the price zone of USD 6,300-6,600. However, first, we will analyze what happened today on smaller timeframes.

An active growth began immediately after the first hour of a new-day candle. At the same time appeared enlarged volumes: 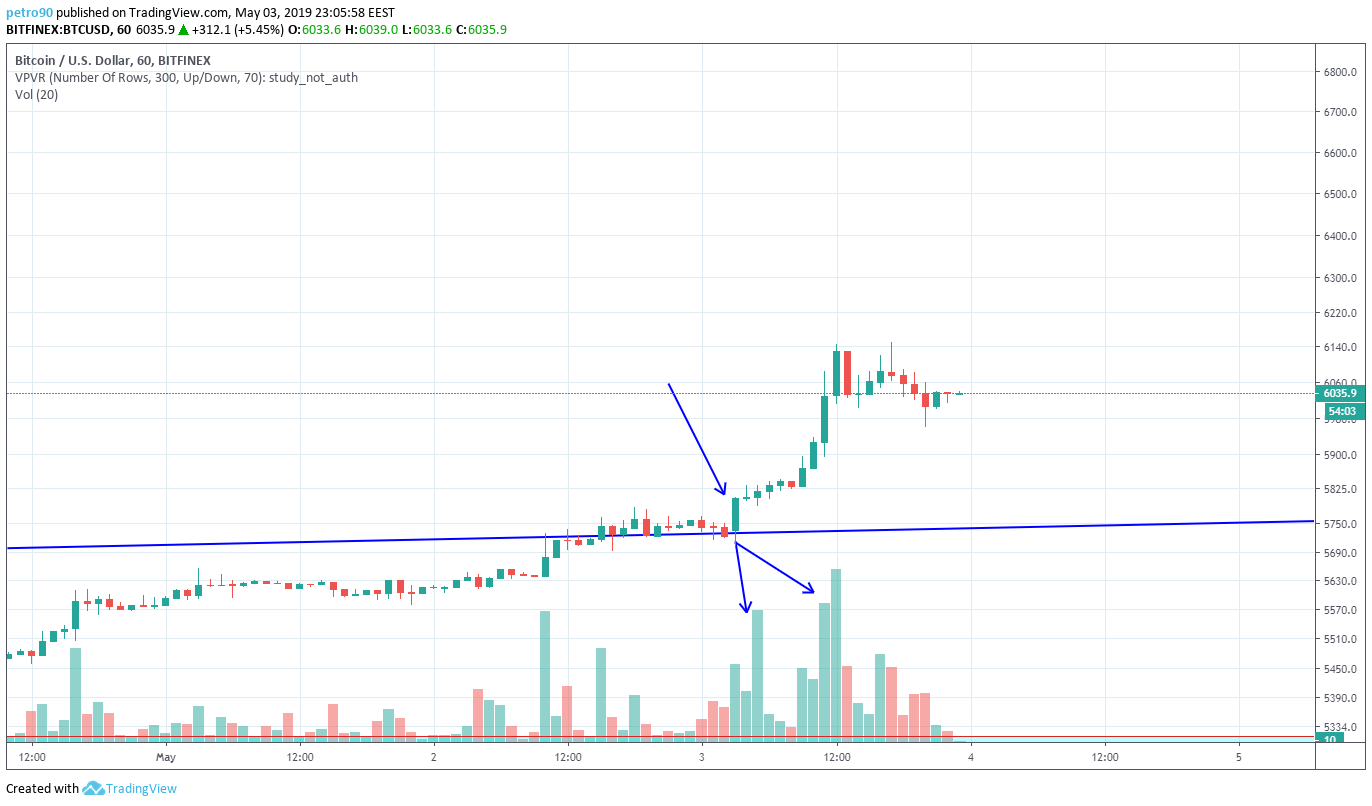 Despite the growth, today, buyers did not increase their margin positions and over time, on the contrary, they began to close them, fixing profits: 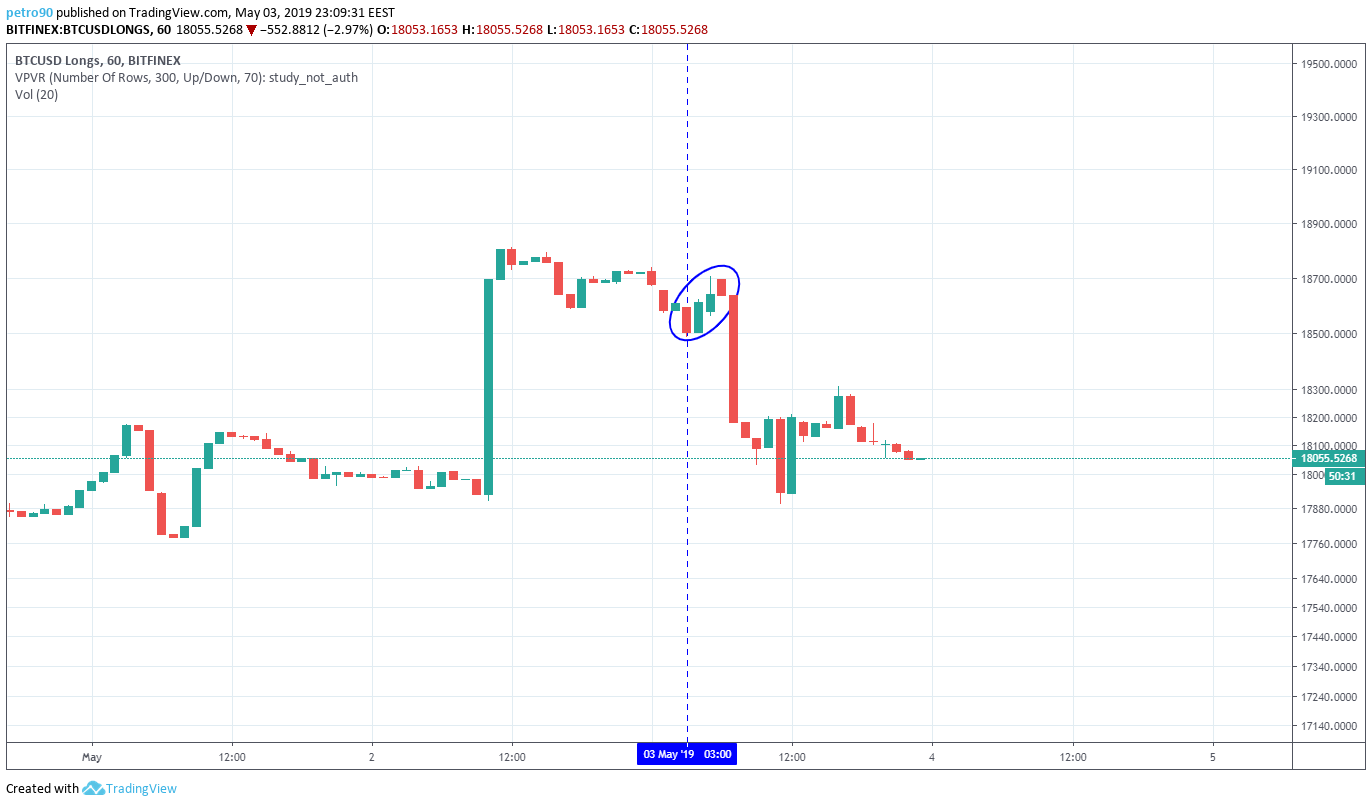 We think that a significant role in today’s growth was played by sellers, who during the whole month increased their position on the price growth. Their expectations for the fall were in vain and sellers began to close their positions, in the way of buying and fixing losses as market and so limit orders: 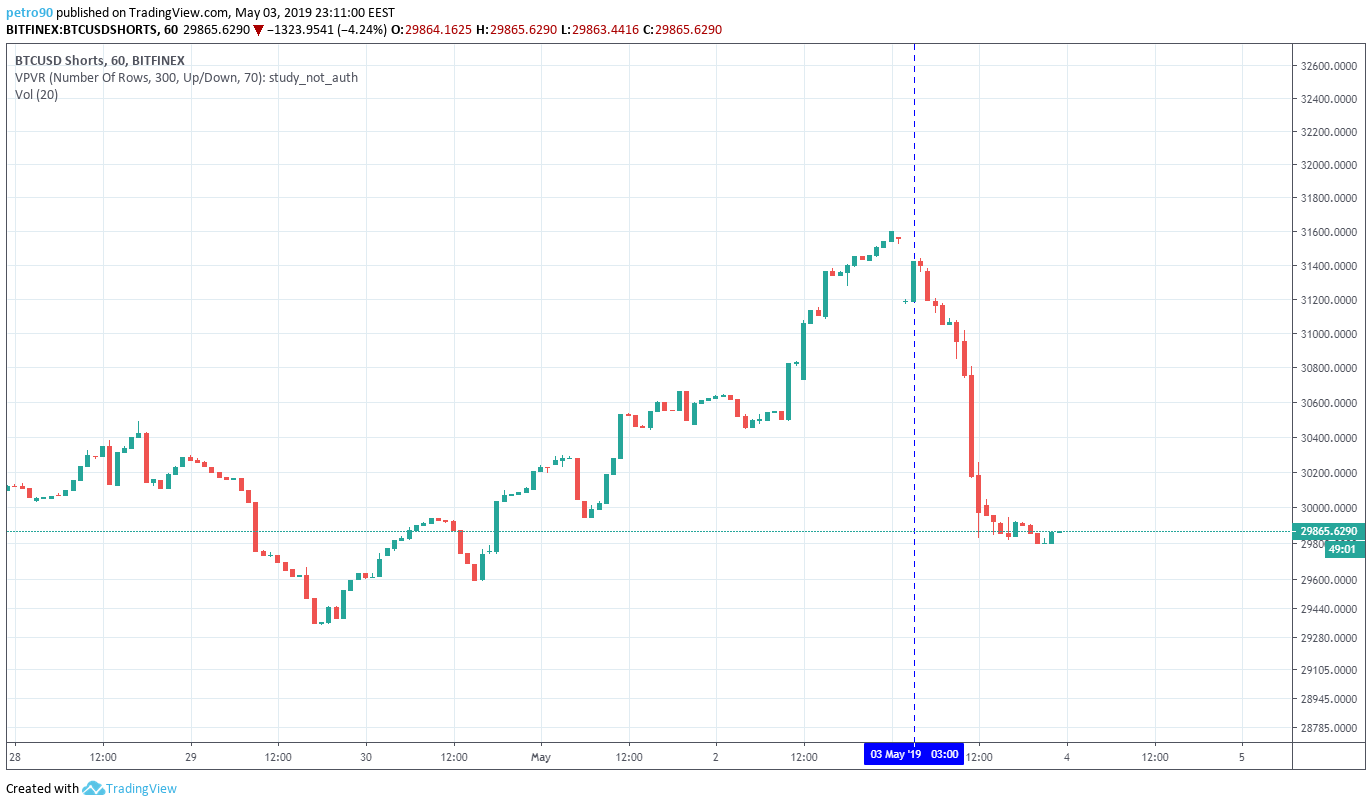 If buyers continue to exert pressure and sellers do nothing, the prospect of closing positions and strengthening of the growth is clearly seen in the daily chart of marginal positions of sellers: 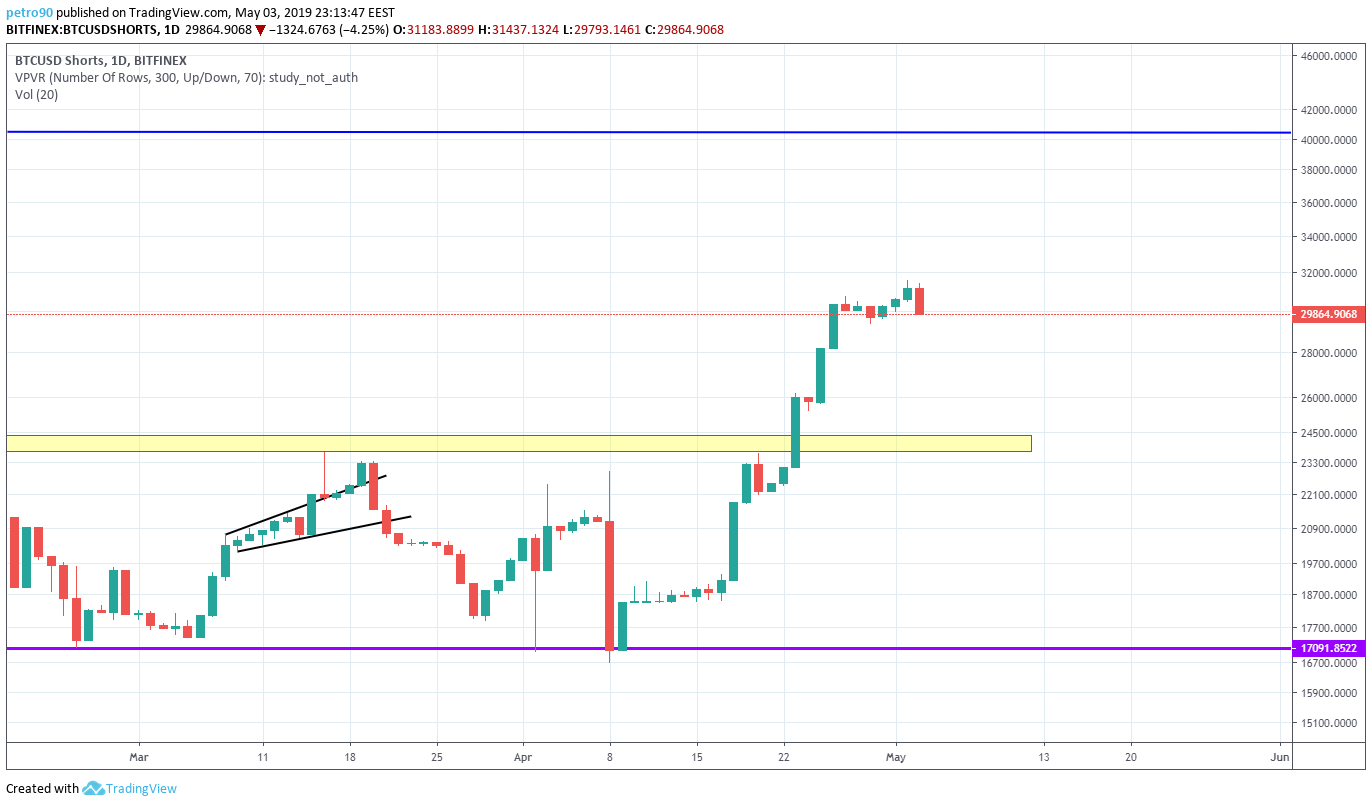 According to the wave analysis, after sellers could not return the price below USD 5,300 they gave the initiative to buyers and the growth from December 2018 stopped resembling a 3-wave correction, because the wavelength C should not exceed the wavelength A * 1,618. In our case, the third correction wave was greater, so now we consider growth as a new wave of impulses consisting of 5 waves: 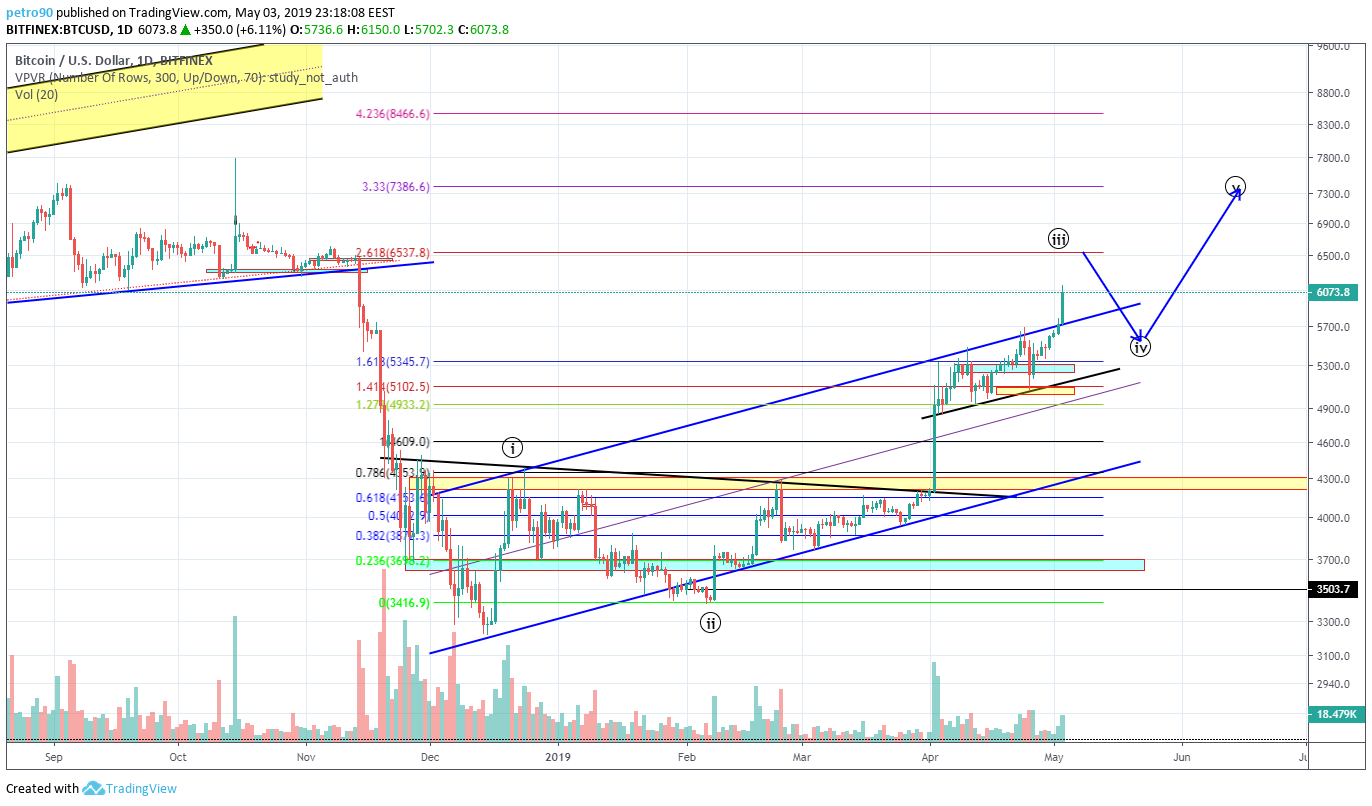 In order for this scenario to be confirmed, we will monitor if:

When these two conditions are fulfilled, we will wait for the 5th wave of growth that should end at a price of USD 7,300. However, we will talk about the global scenarios in the weekly price analysis. And let’s not forget that even now the growth is taking place, the volumes of trading do not increase on big timeframes. Therefore, you need to be prepared for a sharp change in the scenario and be vigilant: 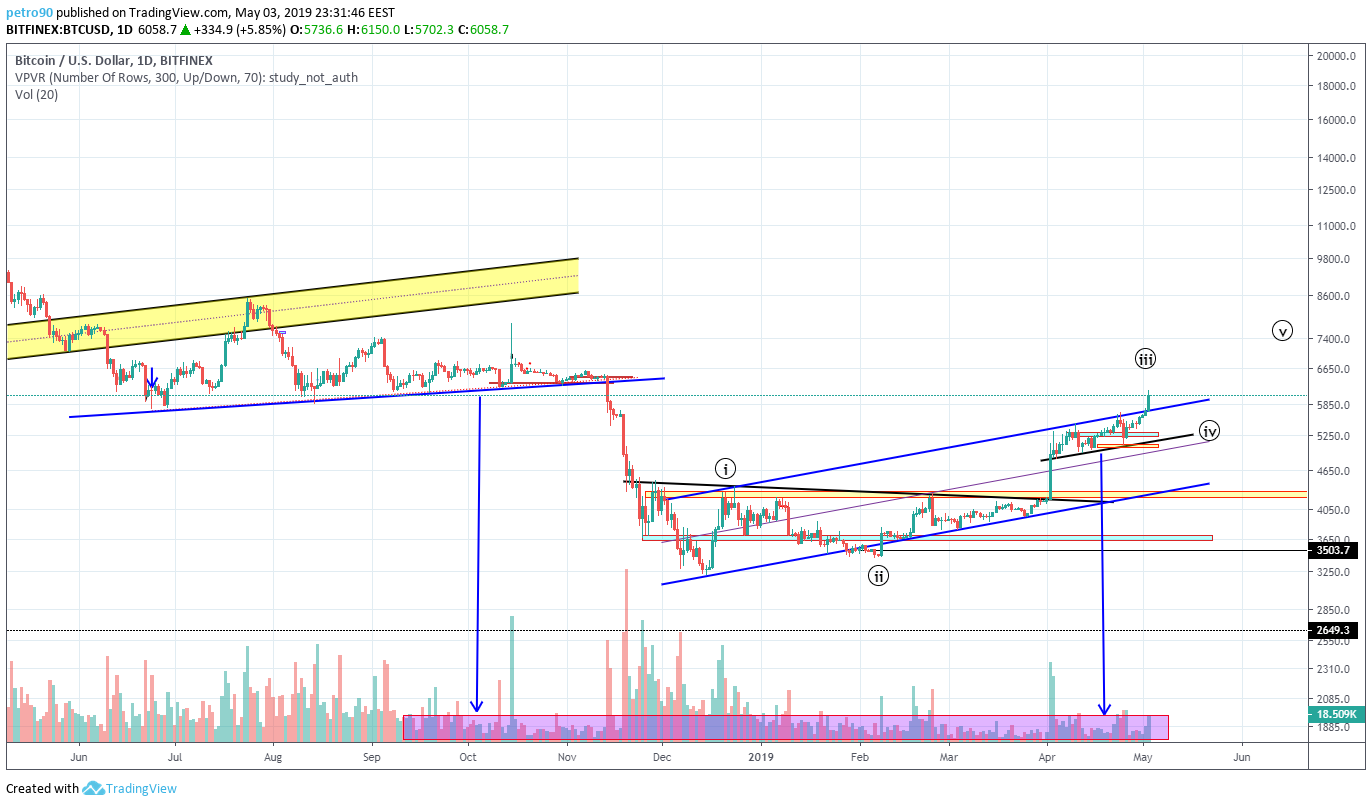