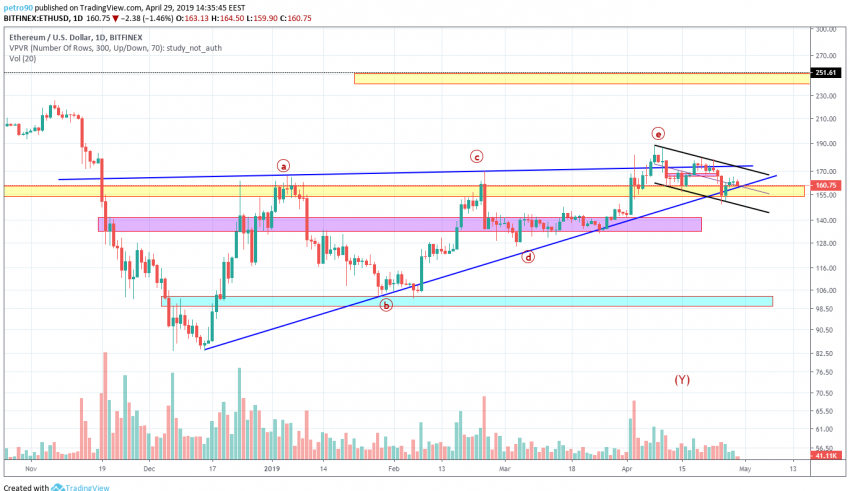 Last week, ETH did not behave abnormally, but moved politely in the black channel of the fall, which was formed on 8 April, and which we wrote about in the previous analysis. After that buyers tested the upper trend line of the falling black channel, sellers became more active and throughout the week they tried to reduce the price. After the test of the price zone of $155-160, buyers began an attempt to change the situation. However, this attempt does not look too confident and at this moment the sluggish wave of growth has come to the end: 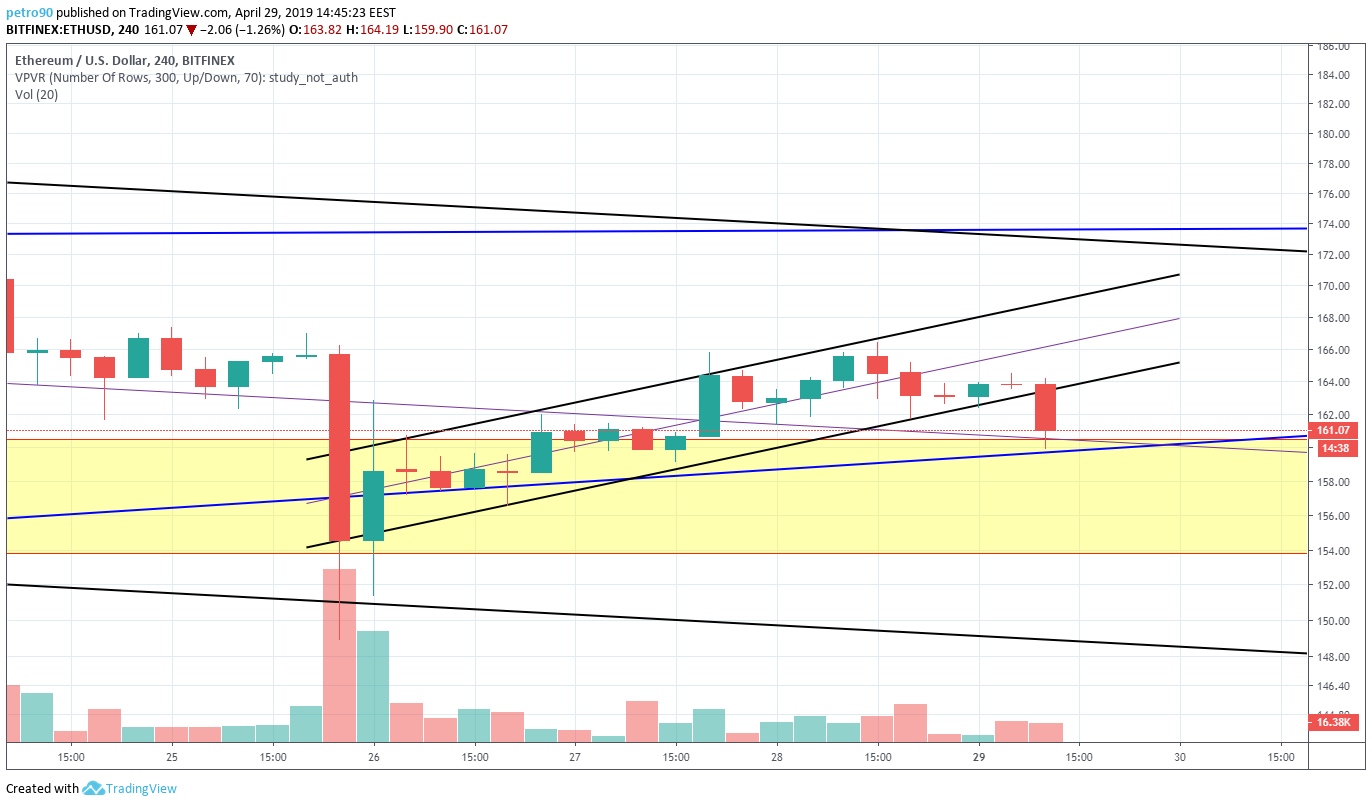 If you analyze the volumes, then we can conclude that after sellers tested the price zone of $155-160, buyers are trying to change the situation with smaller volumes. In addition, if you look at the last two days’ candles, we see that sellers began to slow down the growth of prices by forming pins: 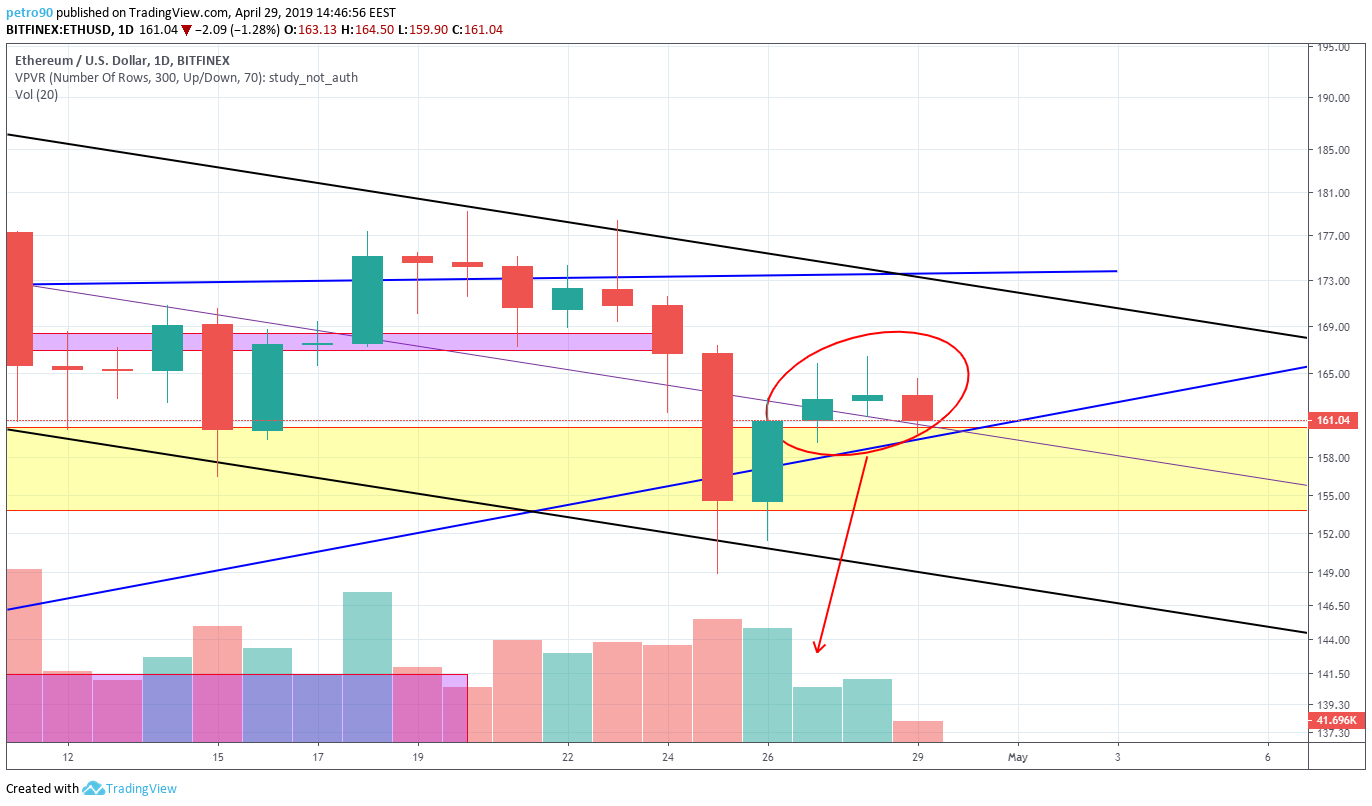 At the moment, the initiative is in the hands of sellers and the faster sellers fix under $155, the more chances there will be for a continuation of the fall to $133. 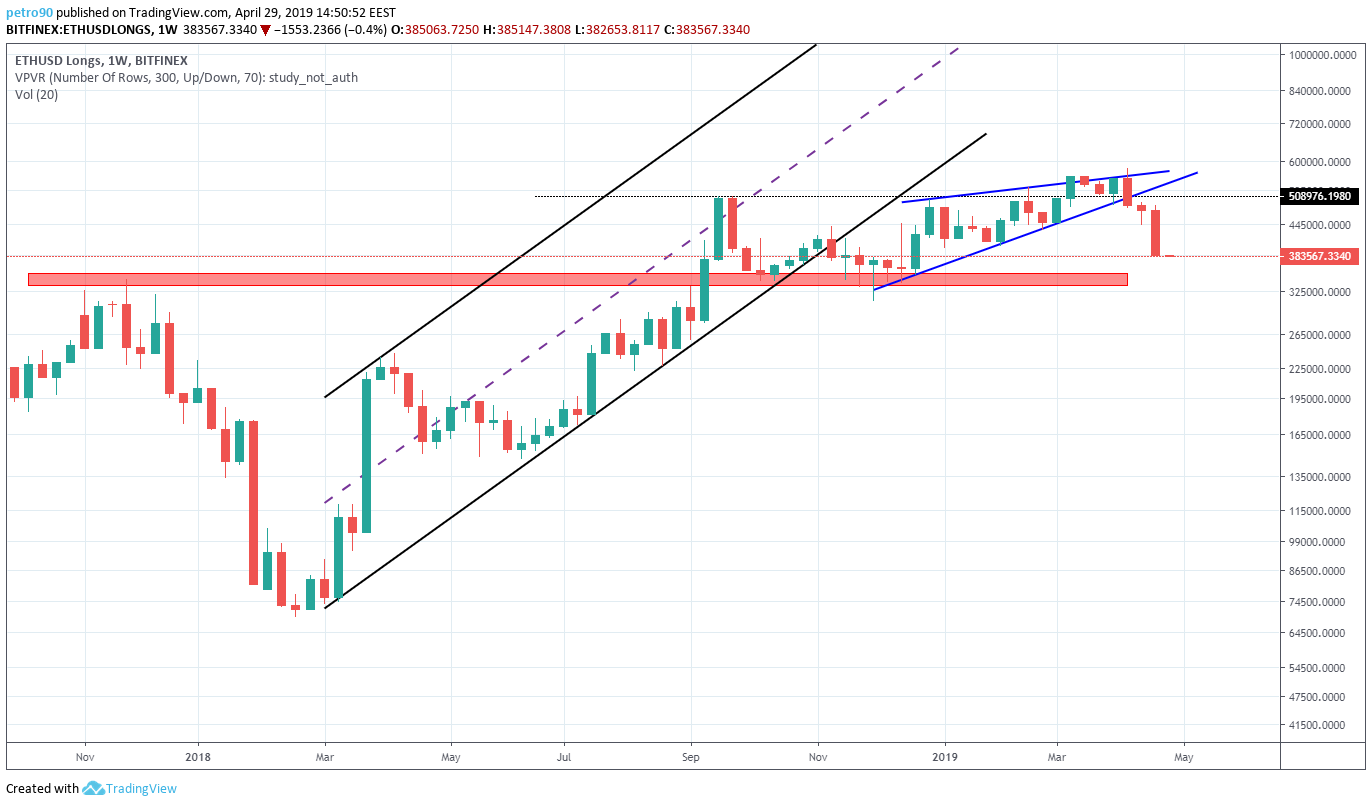 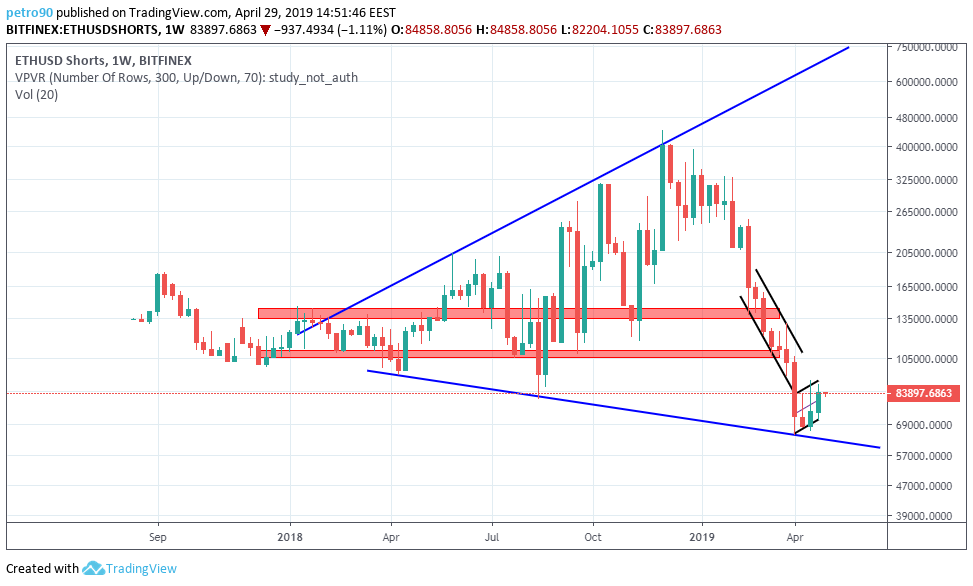 According to the wave analysis after the waves of falling on 25 April, buyers corrected this wave by 50%: 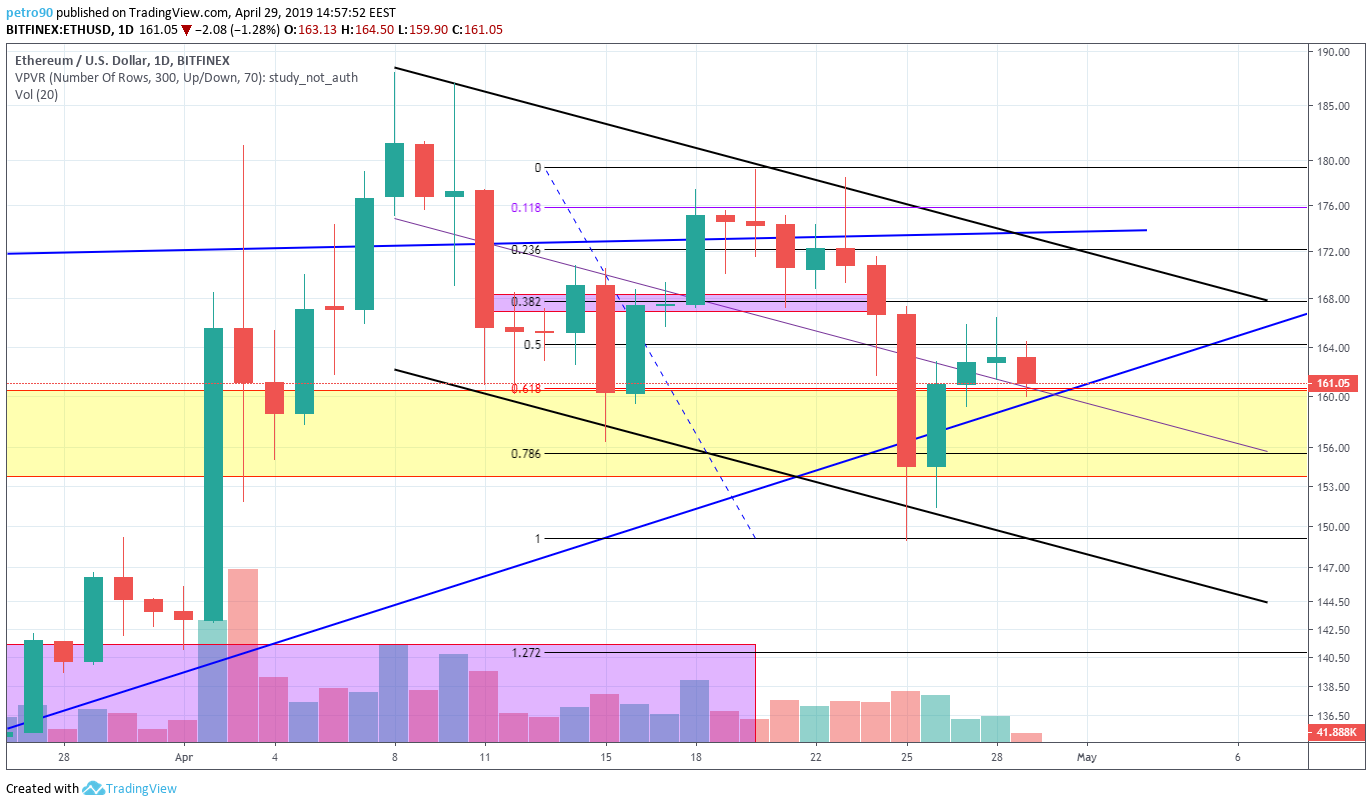 Looking at the structure of waves, we expect another wave of fall to $147. At this price wave Y = W. Also in this area is the lower trend line of the falling channel: 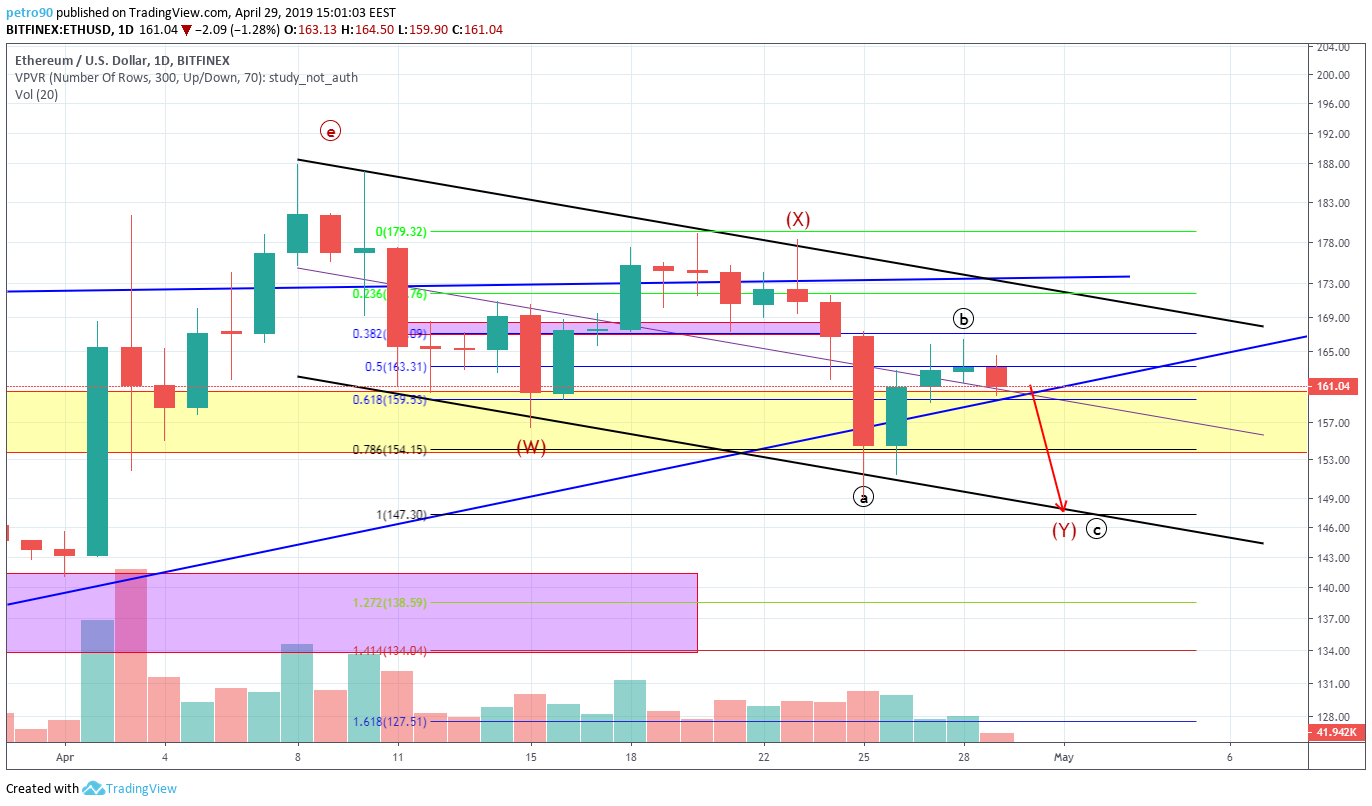 The price is moving in a blue triangle for almost 5 months and we expect a sharp movement soon. In order to gain more confidence in the direction of movement we are waiting for two critical points: