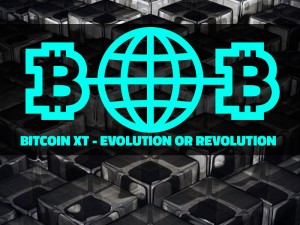 The confusion and tension surrounding the term “Bitcoin XT” is what many are pointing toward as a major factor of why the Bitcoin price has fallen significantly from the used-to-be norm of around $280. What exactly is BitcoinXT, and why is it causing so much controversy, to the point where mods on r/Bitcoin are censoring discussions regarding it?

XTnodes.com is a website that allows you to view how many nodes support Bitcoin XT, how many more are needed for the trigger to occur, etc.

BitcoinXT, in its most basic form, is a fork, something we’ve seen before. A fork is a new version of Bitcoin Core that is no longer compatible with older versions and, therefore, creates a new chain of blocks which older versions will reject. This typically isn’t an issue; most people upgrade to the new Bitcoin core version immediately. However, with BitcoinXT being such a radical change, this could quickly escalate into Bitcoin splitting off into two distinct currencies.

BitcoinXT spawns from a single hotly debated topic: block size. Most people agree that the current block size of 1 MB will not scale well as more people use Bitcoin, effectively limiting the amount of transactions that can be recorded every 10 minutes or so. But how to address this issue is what’s causing the dispute.

The first solution most people come up with is to simply increase the block size. If 1 MB blocks are too small, why not just raise it to 2mb, 8mb, or some other size? The main drawback with this approach, people argue, is that simply raising the block size would only centralize mining operations. Another hindrance that could surface from raising the block size is how radically transaction fees could change.

While there is a workshop in Montreal named “Scaling Bitcoin” to occur next month with phase I starting September 12th, many people including Mike Hearn and Gavin Andresen decided the scaling of Bitcoin was an immediate issue and went through with the release of BitcoinXT.

What’s in the Update? 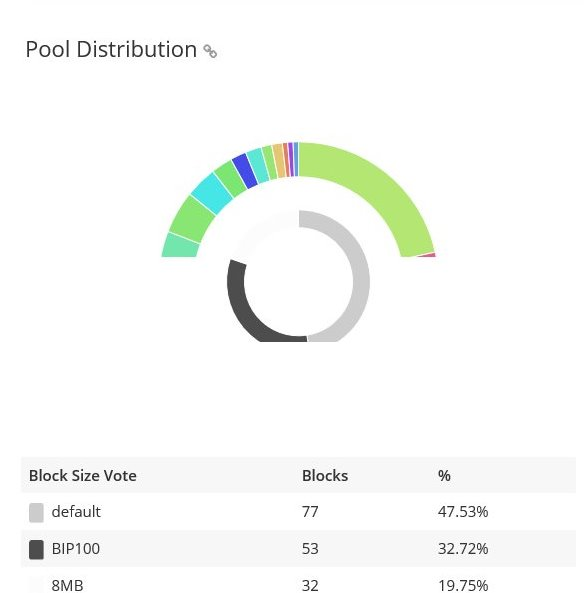 Chart depicting miners votes of what BIP they favor.

The Bitcoin XT update puts into effect BIP 101, which would raise the block size to 8 MB on January 11, 2016. The block size would continue to double every two years until finally hitting a cap at 8,912 MB (almost 9 GB!).This was considered a significant enough increase to help alleviate scaling issues for now, while minimizing any possible disadvantages that come from it.

However, there is a catch to BIP 101. The backwards-incompatible features of Bitcoin XT, such as the block size changes, will only occur if more than 75% of miners choose to accept the update. Only then will the fork occur; if the 75% threshold is not met, then nothing will happen. Currently, 25% of pools(led by one of Chinas largest mining pools, F2Pool) are in favor of the BIP 100 protocol, rejecting XT.

“It is clear that the current speed limit, 1,000,000 bytes, is too low and will retard growth and lead to user pain and expense if not increased. What is unclear and under­researched is the  opposite side of the equation:  How much is too much?” – BIP 100 Proposal

While BIP 100 also recommends the increase of block size, it is much more conservative. Instead of immediately upping the block size to 8mb and linearly scaling it to approach 9GB, which may cause unknown damage to the network, BIP 100 suggests to hard fork in order to:

While it looks as though BIP 100 has the upper hand, it is possible for Bitcoin XT to win the approval of miners in the future. If BIP 101 doesn’t become a reality, though, it still has proved to be useful as a thought experiment, something the people in Montreal next month will definitely take into account when looking for a long-term, sustainable solution to the block size issue.

Are you in favor of BitcoinXT? Are you against BitcoinXT? Let us know which side you are on and why in the comments below!

The post BitcoinXT: Evolution or Revolution? appeared first on Bitcoinist.com.