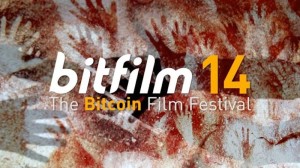 As part of the Bitcoin Film Festival 2014 fundraising campaign, Bitfilm coins are now available on MyPowers. A total of 2,100 coins are available, and 33 coins have been granted to 11 coin holders for 50 mBTC or about $20 USD each by 10/10/14 Coinbase prices.

Bitfilm offers four reward levels for Bitfilm coin backers. Rewards include a Robot Girl T shirt, a pair of WTF geek jeans, a 2014 Bitfilm Festival pass, voting privileges, and 20% discount on future events. The reward for purchasing a single Bitfilm coin is a Robot Girl T shirt, a festival pass, 3 votes, and a 20% discount on future events; not a bad proposition for $20 USD.

The Bitfilm Festival 2014 will focus on Bitcoin films. It is planned for October 25th in Berlin, November 8th in Seoul, November 29th in Buenos Aires, and December 6th in Rio de Janeiro. And, Bitfilm is accepting film submissions here until September 30, 2014.

The campaign is made possible by MyPowers, a crowdfunding platform that utilizes Bitcoin technology, builds on the Counterparty protocol, and seeks to create the next generation of crowdfunding by enabling brands and artists to “build their own economies and directly incentivize their supporters to help drive their value.” Currently, they have 3 active projects, and 3 more announced as coming soon.

It will be interesting to see how the projects on MyPowers compare to those on Swarm, a next generation crowdfunding platform built on Counterparty similar to MyPowers. Swarm took applications until October 5th for their first class which will consist of five projects that will be revealed on the 5th of November in “the world’s first decentralized demo day in Silicon Valley.” For now, check out the Bitfilm campaign because together with innovative platforms like MyPowers, we build the next generation of crowdfunding and empower all makers with the ability to raise financial capital and create value.