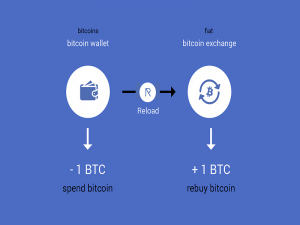 Reload, a solution for automated Bitcoin repurchasing and reporting, has been launched by Bitnik, a Slovenian-based start-up. The company brands itself as a universal service that binds users’ Bitcoin wallets to their Bitcoin exchange accounts. Essentially, whenever they spend Bitcoin, Reload will use their exchange accounts to immediately repurchase the equivalent amount of Bitcoin. 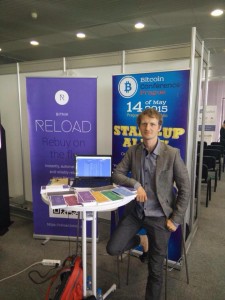 Bitnik says that its service allows users to relax and spend their precious coins on goods and services without worrying about the Bitcoin supply. The service is available for BTM operators as well; they can use Reload and replenish their supplies from various Bitcoin exchanges. Interestingly, Reload is completely anonymous and does not hold user’s bitcoins. Anyone can sign up for the service; however, users must have an email address, single wallet address, and Exchange API credentials. Elaborating the features available in Reload, Bitnik CEO Peter Trcek says:

“It’s amazing how Reload, in one solution, offers both exchange integration for BTMs and enables users to re-buy Bitcoins automatically after making Bitcoin payments. Volatility is no longer an issue.”

Reload — primarily developed for Bitnik’s BTM operations — is completely free. Initially, the company had planned to use Reload to switch between exchanges in case one goes down or is unavailable. Later, though, the Bitnik team started using Reload for personal uses in their daily lives. The company soon realized that their service could potentially increase Bitcoin acceptance by making the currency easier to buy and sell. Thus, the decision to launch Reload to the public is aimed at providing a user-friendly solution that helps subscribers get easy access to Bitcoin.

Regarding use-cases, Bitnik says that there are many different use-cases:

Users can access over 20 Bitcoin exchanges with Reload. Some major exchanges like Coinbase (brokerage), Bitstamp, Kraken, BTC-e, and Bitfinex are extremely popular among customers. Bitnik is also open to adding new exchanges as demand dictates. Furthermore, Reload currently supports any wallet that uses a single address. Beatnik expects that Reaload’s ease of integration, safety, privacy, and speed will make the service a popular solution for Bitcoiners.

Reload’s software runs on Google’s servers, which should provide high availability. In fact, Beatnik’s own Lamassu BTM has been using Reload for repurchasing sold coins for months. Additionally, Reload calculates the exact cost of coin repurchase, allowing customers to monitor their transactions and repurchases.

Will you use Beatnik’s Reload service to repurchase your Bitcoin? Let us know in the comments below!

Disclaimer: The writer of the news is not associated with Bitnik, nor does he have any vested interested with the company.