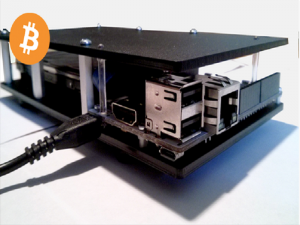 BitSeed is an interesting company to keep an eye on in the next few months, as they are determined to bring more nodes to the Bitcoin network. And that is needed, as the more nodes we have, the more secure the Bitcoin network is at any given time. Interested parties can now purchase one of BitSeed’s Bitcoin Node, and contribute to the network from the luxury of their home.

Also Read: All About The Blockchain Part 4 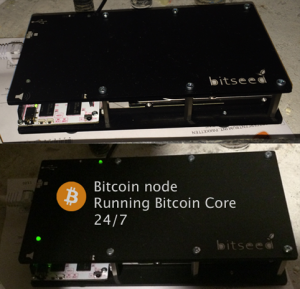 The name BitSeed started popping up on the internet in March of this year, when the company first announced their Bitcoin Node product. A small batch of devices was made available for purchase, which sold out relatively quickly. Customers who didn’t make it to the batch cutoff number didn’t have to worry, as their orders would be labeled as pre-orders for the next batch.

Once the number of orders to sell out bach one was reached, BitSeed ordered the necessary parts to assemble these units and get them shipped to customers as soon as possible. All outstanding orders – the ones that didn’t make batch one – were shipped out a few weeks later.

There was a genuine interest from enthusiasts around the world, as people wanted to run a Bitcoin node at home. What made these products so attractive is their relatively low power consumption compared to running a computer 24/7. This is achieved by using a Raspberry Pi 2 – Model B – as “main” hardware for the Bitcoin Node, which comes with its custom software to make the entire product plug-and-play.

In order to run your BitSeed Bitcoin Node, simply plug in all the cables.,The device will automatically run the Bitcoin Core full node client. The hardware inside consists of an AllWinner A20 SoC, 1GHz ARM Cortex A7 Dual Core, combined with 1GB of RAM. To store all blockchain data, a 160GB HDD is enclosed as well.

Note from the Author: The BitSeed Bitcoin Node is available in the official store, at the price of US$149. Do keep in mind this does not include shipping costs, and you may be subject to VAT if you outside of the United States. 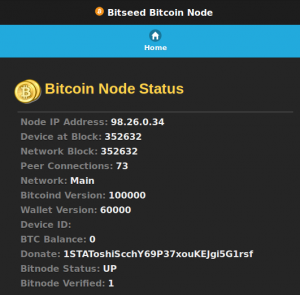 BitSeed has planned several open source projects, and has therefore created an Assembly community. The term Assembly refers to a collaborative platform for open source projects, tracking contributions with colored coins on the Bitcoin blockchain. Revenue generated by the projects people have contributed to will be distributed among those who helped realize the end goal.

This Assembly community’s first monthly distribution is scheduled for June 1st 2015. For the time being, there is a US$one reward per unit to reward bounty winners. Not only will the Assembly community help with developing BitSeed’s open source projects, but it will also spur future development in terms of both hardware and software solutions.

Considering how BitSeed’s first project is a Bitcoin Node for home usage, their first open source project is focusing on bringing an intuitive user interface to their hardware. The main goal of this interface is to let people check on the status of their Bitcoin Node, detailing information such as wallet balance, the current block height, number of connections, et cetera.

While the plan is to make this a browser-based user interface, BitSeed also wants to focus on making this user interface as secure as possible, without sacrificing user-friendliness. Furthermore, additional features to be integrated with future versions of this interface are more than welcome. At this point, it is up to the Assembly community to make their voice be heard. 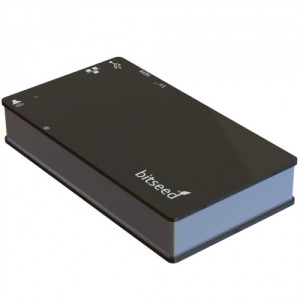 One of the things that have to be said about the BitSeed Bitcoin Node is that the design needs some tweaking. Mock up designs of the “next version” of these Nodes have appeared online, and everything appears to be far more streamlined and compact. But these BitSeed V2 devices will not come into being on their own either.

To fund such a new undertaking, BitSeed is hosting a crowdfunding campaign on their website. Early adopters will be able to pre-order a BitSeed V2, and be the first ones in line to receive this new piece of hardware. Not only will there be a new case design, but a completely new web interface as well. Plus, you will be able to choose between a 160GB or 250GB hard drive.

Note from the Author: Upgrading to a 250GB hard drive is free of charge until May 10th.

But that is not all, as BitSeed plans to include altcoin support in their V2 product line. Do keep in mind that altcoin support will be handled on a per-coin basis. Once 100 or more devices have been purchased to support a specific altcoin (in one large order), individual units for that altcoin will be added to the BitSeed store.