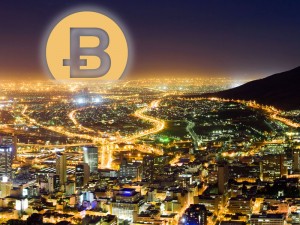 The BitUnit Foundation is holding a Bitcoin blockchain conference in Accra, Ghana, in the region of Dansoman, on November 28, 2015. The group will introduce to attendees the importance of the digital currency and its underlying technology. Founder Richmond Asumin, also known as “Colours,” teamed up with local friends to create entrepreneurs in the African market, and gravitated to cryptocurrency education. Promoting Bitcoin was the natural choice for the young group, who wishes to eradicate disease and poverty within their countryside through Bitcoin’s use cases.

“Our Foundation’s short-term goal is to create greater adoption of Bitcoin by educating the masses on its potentials especially for Africans.” — Richmond Asumin, BitUnit Foundation 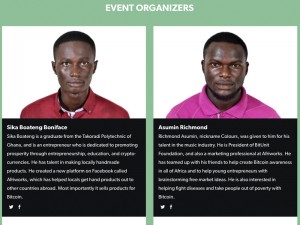 The event will feature introductions with the newly formed BitUnit Foundation and a preface about the basics of Bitcoin including wallet creation, and daily use. Asumin tells us that after the discussions of the currency itself, the narration will start getting into the blockchain environment and surrounding industry. The group feels the currency aspect is “just the beginning,” and that the group will talk about the applications of blockchain technology to smart contracts and other disruptive tools of finance.

Vice President Sika Boateng believes that BitUnit is a grassroots organization that has been relentless when it comes to teaching Bitcoin to locals in Ghana. The group is advised by Peter Stelzhammer, who has a keen interest in promoting Bitcoin as a tool for a true laissez-faire market. Martin Albert speak at the conference about his experience with the digital currency when he started mining in 2011. Albert is a strong supporter of Voluntaryism and is looking for ways to create decentralized services and exciting new technologies that give individuals control over their wealth.

“Bitcoin will reduce the unbanking rate in Ghana, — Moreover, Bitcoin will improve businesses here by its acceptance as its transactions take a blind eye to receive payment without any intermediary. There is a low charge on bitcoin transactions and with bitcoin you are your own bank.” — Richmond Asumin, BitUnit Foundation 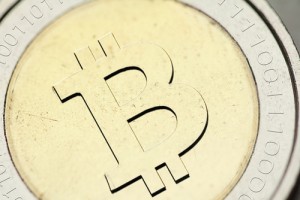 Robert David McLeod will also present at the conference in Dansoman. The founder of the blockchain startup Monetsu.com has experience in technology, finance, and activism. McLeod is a former prize winner of the 2014 Global Bitcoin 2.0 Hackathon, and also organized the Vancouver meetups in his area.

From West Des Moines Iowa, Brock Hager will speak at the event about his experience in IT and the digital currency space. Hager has been associated with the Bitcoin ecosystem since 2013 and is an avid trainer.

Andrew Wagner, who founded CoinFest the “world’s first decentralized and open source convention about cryptocurrency” will be discussing his involvement with adoption when he helped local businesses in Vancouver, accept the digital currency.

The group Omni Layer will be sponsoring the conference in Ghana. Liquid Ops Board Member of Omni, Patrick Dugan will also be speaking at the event. His team’s project involves building a protocol layer over the Bitcoin blockchain allowing users to generate, trade, and make bets with asset represented tokens.

“BitUnit Foundation is for us to use our platform to educate the people of Africa. How bitcoin can help Africans to improve their businesses to the global world.” — Richmond Asumin, BitUnit Foundation

Lastly, the chief architect and founder of Factom Paul Snow will be in attendance. Factom is a data layer for the blockchain that allows users to virtually timestamp documents and organizations. Snow has been an early advocate of the digital currency and founded the Texas Bitcoin Conference. The designer of Factom’s core technology will give insight to attendees during the conference about the many benefits of Bitcoin and blockchain technology and how it can reshape their countryside.

The event aims to teach the residents and visitors of Ghana the importance of Bitcoin. The team believes that conferences and events throughout the country will help “ignite the markets of Africa” through the digital currency’s advocacy. BitUnit says they have a motto they hold dear, and that this event will show the meaning of their slogan, “To Unite Africans Through The Use Of Cryptocurrency.”

What events will you be attending this year? Let us know in the comments below!