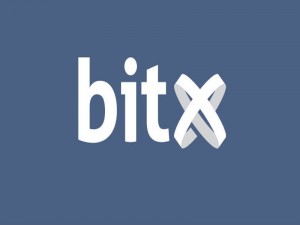 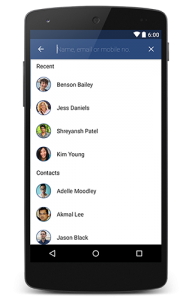 One of the most prominent features of the BitX Smart Wallet is the option for users to buy and sell Bitcoin from within the application itself. However, as you would come to expect from a Bitcoin exchange, this functionality only seems to be available to users on their own problem. Furthermore, this feature is limited to supported regions only, making it unavailable for specific countries.

Regardless of its limited availability, it is a positive trend to see wallet developers enable in-app trades of Bitcoin against fiat currency. For novice users, these types of mobile Bitcoin wallets will be very useful, as they can do everything they need and want within one application, rather than opening a browser window to trade Bitcoin.

Navigation is a key element of mobile Bitcoin wallets, and BitX has taken a slightly different direction compared to the competition. By using a card-based navigation system, users can customize their financial experience within the mobile Bitcoin wallet. Less-used or irrelevant cards can be swiped away by the user, to keep the application clutter-free.

The reason why this is called a “Smart Wallet” is because this app has been designed to learn more about user behavior. As a direct result, users will receive customized cards to enrich their experience while using the BitX Smart Wallet. Further improvements to this card systems will be made over the coming months, and users can submit their feedback here.

Even mobile Bitcoin wallets have to evolve over time and branch out to support other digital currencies as well. BitX Smart Wallet has not done that just yet, but the application supported balances in both Bitcoin and fiat currency. Once again, a possibly beneficial tool for novice Bitcoin users, albeit experienced users may not be blown away by this option.

One major feature is not available yet, but BitX has announced it on their blog. The plan is to allow for the generation of virtual credit card numbers within the BitX Smart Wallet, giving users the option to spend Bitcoin anywhere in the world.

The BitX Smart Wallet is available for both Android and iOS users.

What are your thoughts on the BitX Smart Wallet? Will you be installing the application, and which features are you most excited about? Let us know in the comments below!