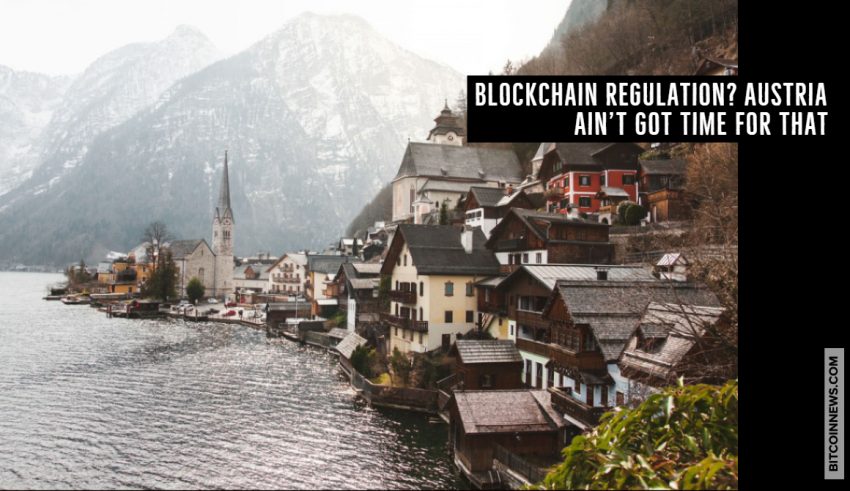 Cointelegraph auf Deutsch has reported that Margarete Schramboeck, Minister for Digital and Economic Affairs in Austria, has dismissed the need to regulate blockchain.

The ex CEO of A1 Telekon Austria made this statement during a panel discussion on the government’s role in the blockchain industry as part of the ANON Blockchain Summit.

On the topic of developing appropriate blockchain regulations, she criticized Europe’s typically strong-handed approach and blamed that stance for the region falling behind in global business rankings:

“Europe has a strong tendency to overregulate. […] And then we are surprised that there are no European companies in the top 10 worldwide.”

Schramboeck had, in fact, called for cryptocurrencies to be regulated but believed that the same was not warranted for blockchain technology. Mid last year, the Austrian Financial Market Authority, via board members Klaus Kumpfmueller and Helmut Ettl, had drafted proposals that spelled tighter laws surrounding crypto and coin offerings. In them, cryptocurrencies would be treated by Austrian regulators as securities.

The minister went on to say that governments had shown interest in blockchain technology but that a suitable level of trust and expertise would be needed before the emerging tech could be applied to public processes such as an electoral system. It was reported that Schramboeck’s focus for blockchain applications would lie in cross-cutting segments in public administration.

Austria is known as a Bitcoin-friendly nation, with crypto ATMs located throughout the country and a blockchain center being developed in Vienna. Its location in the Alps and plentiful hydropower stations makes it also one of the region’s cheaper options for electricity and charges no VAT for Bitcoin mining.

The post Blockchain Regulation? Austria Ain’t Got Time for That appeared first on BitcoinNews.com.