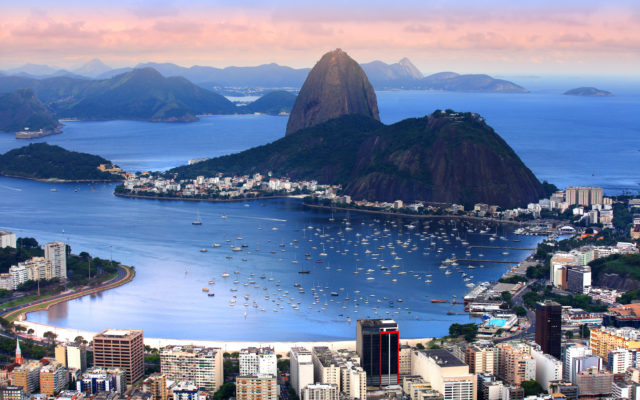 Brazil, the largest Latin American economy, broke a new record when Brazilian exchanges traded over 100 thousand bitcoin within 24 hours. In parallel, Brazil reported that its economic activity in February fell to the lowest level in the last nine months.

The battle between Brazil and Argentina for the supremacy of the Bitcoin market in Latin America reached a new dimension. Cointrader Monitor, a monitoring tool that analyzes Bitcoin price movements in Brazil, announced that Brazilian cryptocurrency exchanges traded over 100,000 BTC  on April 10, 2019.

This spike in the volume of bitcoins traded coincides with recent increases in Bitcoin values, surpassing the BRL 20,000 price mark. As a result, on April 10th, the total amount transacted was over BRL 2 Billion, (1 USD = 3.9 BRL) as shown in the graph below: 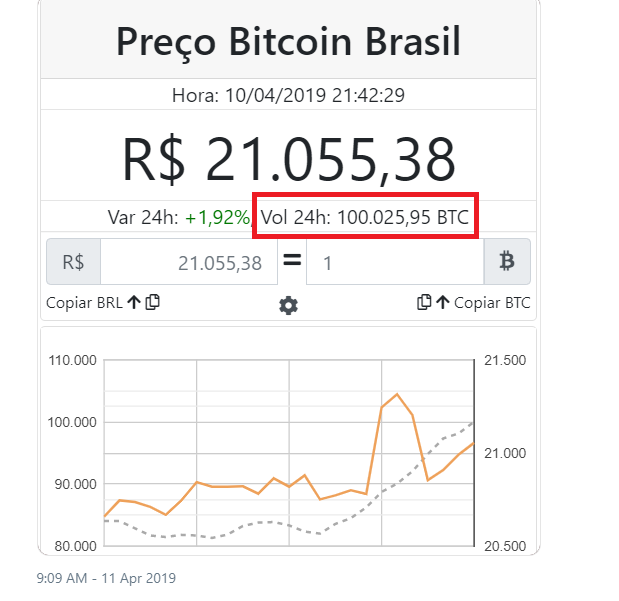 Most recently, Santander Bank arbitrarily terminated the account of the Bitcoin Max exchange. After a court battle, a judge denied Bitcoin Max’s motion to reopen its bank account. However, last February, another judge reversed this decision because Santander Bank had failed to provide “prior written communication of the intention to terminate the contract.”

Despite the many hurdles attempting to stifle the development of the crypto market, Brazil’s economic realities dictate otherwise.

According to Reuters, in February 2019, the country’s economic activity was the lowest in the last nine months, adding,

The central bank’s IBC-BR economic activity index, a leading indicator of gross domestic product (GDP), fell 0.73 percent in February from January. That followed a revised drop of 0.31 percent in January, a smaller contraction than first reported.

Thus, many point to the country’s economic ills as one of the reasons for the upsurge of its cryptocurrency market, as The Rio Times put it,

A slump in the economy is likely the reason for the rise of cryptocurrencies in Brazil.

As Bitcoinist reported Monday, trading volume on peer-to-peer exchange LocalBitcoins has been surging across Latin America. Mexico, in particular, saw it’s biggest volume to date in pesos, following US President Donald Trump threatening to clamp down on remittances by illegal immigrants.

Brazil, meanwhile, has demonstrated a relatively steady weekly volume of about 1.6 million BRL.

Do you think the sluggish local economy contributes to the recent upswing in Bitcoin’s trading activity in Brazil? Let us know in the comments below!

The post Brazil Trades a Record 100,000 Bitcoin in 24 Hours appeared first on Bitcoinist.com.