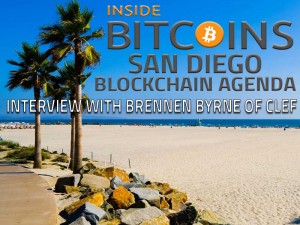 The Blockchain Agenda Conference hosted by Inside Bitcoins is coming to San Diego. The event will convene at the San Diego convention center with executives and innovators from across the globe who work with the technology. Leaders in the blockchain and cryptocurrency industry will provide keynotes and seminars for new users and enthusiasts to learn from their expertise. Guests featured in the California city will be Hans Lombardo of Allcoinsnews.com, Brennen Byrne of Clef, and David Ripley of Glidera.

“Decentralization is a new technology itself, and I think we’re applying it to a lot of interesting problems.” — Brennen Byrne, Clef

Bitcoinist got together with Brennen Byrne of GetClef one of the panel speakers at the San Diego blockchain event. Before the conference, he informs our readers about how he got into software and technology and how he started Clef. The two-factor authentication platform has interested many and has received over 3 million in venture capital funding. Byrne who has written on interesting topics such as “kill the password” gives us insight to this discussion and explains how the “password infrastructure is crumbling.” He is also a fan of Bitcoin but believes there is “a lot to build back up on top of Bitcoin before it is a real challenge to the legacy industries.”

Bitcoinist: How did you originally get into technology and software?

Brennen Byrne: I was an English major in school, and I took my first Computer Science class as a joke because my friends thought it was funny that someone as humanities-focused as I was would work on computers. But when I got to the first day of class, the professor told us that he was going to teach us how to write in a way that came true. That if we followed some simple rules, we could write our ideas, companies, even whole worlds into being. I that that was the coolest thing I’d ever heard, and I’ve been hooked since. (I ended up majoring in both English and Computer Science)

Bitcoinist: What is Clef and when did you come up with this idea? 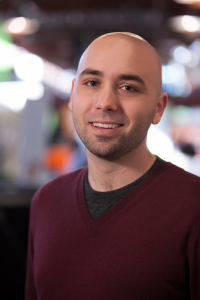 Brennen Byrne: Clef is the best way to log in. It’s a replacement for passwords that’s much more secure and easier to use. I came up with the idea in the summer of 2011 while I was working at Adobe. I was working on identifying people’s phones without Flash because Steve Jobs had just written a letter announcing that the iPhone would never support Flash. Several months into that project, LinkedIn had their password breach (which looks tiny by Comparison to Target or Ashley Madison today, but which was the largest password breach ever at the time). I realized that our phones could do a much better job at authentication than the eight characters we remember in our head, and I started toying with the idea that became Clef.

Bitcoinist: Why would people want to “kill the password”?

Brennen Byrne: From a security perspective, the password infrastructure is crumbling. Passwords were never meant to be used on networked machines where they could be guessed by remote attackers, and the challenges of keeping them secure is growing. There are band-aids like making the password requirements even harder and sending folks text messages with a second password after they’ve typed their first, but over the next five years we must find a new way to secure our online accounts, whether or not Clef is that solution.

From a user perspective, passwords are painful. Every time I visit a login page, I have to deal with the worry that I can’t remember which password I used on this site. I feel guilt because I  know that I’m doing something wrong by reusing passwords or writing them down. And I still have fear that my accounts will be compromised, and my identity will be stolen. The pain and the frustration of passwords is my first experience at every site where I log in. It’s a broken system, and with Clef we’re hoping to change it.

Bitcoinist: Do you think cryptocurrencies and their surrounding applications have provided more limelight to two-factor authentication practices? 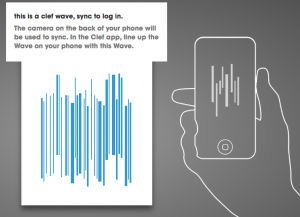 Brennen Byrne: I think that the irreversibility of Bitcoin transactions has made two-factor authentication a critical part of every cryptocurrency company’s security offerings, which means that a much larger audience of people are actually turning it on and using it. And with more folks using it, I think that a lot of the pain points, inefficiencies, and security vulnerabilities of the traditional two-factor systems have become much more obvious.

“The last 50 years have been dominated by the personal computer revolution, which broke from the idea of centralized mainframes and empowered people to own their own computer.”

Bitcoinist: What’s your opinion on the state of financial technology and Bitcoin currently?

Brennen Byrne: I think that with Bitcoin, we’ve dug all the way down to the roots of financial technology (by which, I don’t just mean trading software, but also count things like metal coins and lending as financial technologies), and have innovated on some of the core assumptions. That’s the place where we can make the most radical changes because it subverts all of the technologies and industries that have been built on top of the old core assumptions. However, I think that folks are quick to say that because Bitcoin can and will upend the old ways, it already has. I think that we still have a lot to build back up on top of Bitcoin before it will be a real challenge to the legacy industries because most consumers don’t want to be exposed to the level of technical complexity that is still required to work with Bitcoin.

Bitcoinist: You are speaking at the Inside Bitcoin’s conference can you tell our readers what you will be discussing?

Brennen Byrne: I’ll be talking about mental models and the role they play in the distribution of new technologies, particularly as it relates to Bitcoin. Mental models are the stories we internalize about the products we use, and they help us make sense of the technology that is beyond our understanding. For instance, I don’t need to know anything about how settlement processes work to use a credit card. My mental model says that when I swipe the card, the merchant gets paid, and I get a bill. Because it’s a well-built mental model, understanding the technology powering that transaction is unnecessary.

Bitcoinist: Do you think traditional businesses and legacy institutions have something to worry about with these emerging technologies?

Brennen Byrne: Absolutely, though I think that many will adapt rather than die. The rate at which the world is changing is accelerating, and anyone who’s not paying attention to these new technologies risks getting left behind.

Bitcoinist: What would you recommend legacy companies do to thwart off disruption?

“I think that there’s a broad new class of opportunity for a bunch of audiences in building decentralized versions of existing products.”

Bitcoinist: Can you explain to our readers about your article “Computers Are Going To Disappear” and what that means?

Brennen Byrne: In that blog post, I wrote about the human-computer interface and how it’s going to change in the future. Specifically, those computers are going to become increasingly present in our life, but they will be more invisible and seamlessly integrated into our interactions. I also refer to this future as the Authentic Computing Revolution.

The last 50 years have been dominated by the personal computer revolution, which broke from the idea of centralized mainframes and empowered people to own their own computer.

That’s accelerated over the last ten years as mobile devices have lowered the burden of ownership and made computers and the Internet accessible to a drastically larger audience. 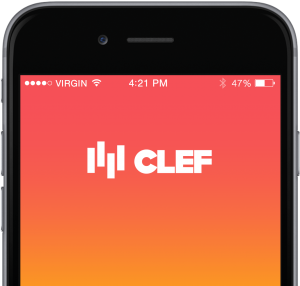 But in the personal computing paradigm, our interactions with computers are defined by our relationship with a small number of computers. We think about the computers we own, even as they tie into the much larger infrastructure of the cloud.

As the cost of owning a computer drops, the number of people using them rises. But while personal ownership is increasing, so is the number of computers appearing elsewhere in our lives. Computers control our cars, our thermostats, our elevators, our streetlights, and they are mostly unseen. In order to tap into that network, we need to be able to connect with each of those computers and control them. They need to know who we are and react with our personal preferences. To make that happen, we need a portable identity system that can communicate with all of these different devices securely.

This is Authentic Computing, where every computer is yours for as long as you’re using it.

Bitcoinist: Why do you think emerging technologies are becoming more decentralized?

Brennen Byrne: Decentralization is a new technology itself, and I think we’re applying it to a lot of interesting problems. I don’t think that everyone will want to use decentralized everything, but I think that there’s a broad new class of opportunity for a bunch of audiences in building decentralized versions of existing products.

Thanks Brennen for speaking with us and we look forward to your panel discussion at the Blockchain Agenda event. Technology is changing fast, and it looks like you are running right alongside its innovations.

What do you think about the concept of the password infrastructure crumbling? Let us know in the comments below!

Images courtesy of Redmemes, The Clef website, and Inside Bitcoins

The post Brennen Byrne Of Clef: ‘Decentralization Is A New Technology Itself’ appeared first on Bitcoinist.com.