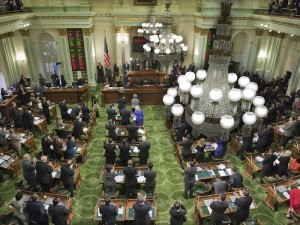 California’s assembly committee on banking and finance has approved a bill that would regulate cryptocurrencies such as Bitcoin in a similar fashion to New York’s controversial BitLicense. Dubbed AB-1326 Virtual Currency, the legislation is now headed to the appropriations committee before reaching a vote on the assembly floor.

The bill would make it a crime in California to operate a virtual currency business without first registering with the commissioner of business oversight, satisfying all requirements, and paying an application fee of $5,000. Businesses must also file audits and reports to the commissioner multiple times a year in order to prove solvency and know-your-customer records. 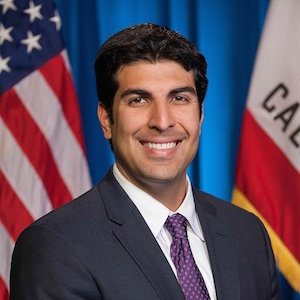 AB-1326 was first submitted to the California legislature on February 27 by assemblymember Matt Dababneh, a democrat from the Encino neighborhood of Los Angeles. On March 23 the bill was referred to the committee on banking and finance, where Dababneh also serves as chair. It was amended and re-referred to the same committee again on April 21.

The bill was approved this past Tuesday with a vote of 8-2, and now it’s headed to the appropriations committee for another review. This extra step is common for “all bills with any fiscal impact,” according to the committee website. If they approve the bill, it will reach an official vote on the California assembly floor. After that, it will also need to be passed by the state senate and signed by Governor Brown before becoming law.

AB-1326 is a comprehensive piece of legislation that would place strict requirements on businesses in the digital currency space, not unlike the BitLicense being crafted by New York’s department of financial services. But in contrast to that regulatory effort, the California law is moving through the traditional legislature by attempting to modify the state’s Money Transmission Act.

Among the various rules contained in the bill, businesses must: 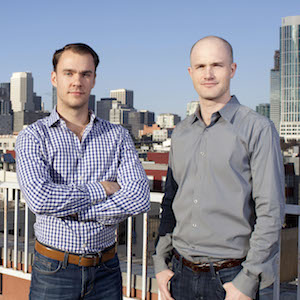 Coinbase co-founders Fred Ehrsam and Brian Armstrong would be affected by California’s bill.

The DBO commissioner can take punitive action — including a $1,000 fine per day — against any virtual currency business deemed to be in violation of these rules, even if that business has not applied for a license. This gives California a large amount of regulatory authority over such organizations, regardless of whether they have the ability or desire to comply with AB-1326.

There is no planned comment period for California residents or businesses to offer their thoughts on the bill. This stands in contrast to the situation in New York, where superintendent Ben Lawsky has offered multiple comment periods after various versions of the BitLicense. If the California legislature approves AB-1326 and Governor Brown signs it, the bill would become law overnight in America’s most populous state.

California residents and businesses who would be affected by the bill, such as Coinbase in San Francisco, can contact their state assembly members in order to voice their thoughts before it reaches a vote.

Would this law affect your decision to provide digital currency services in the state of California? Let us know in the comments below!