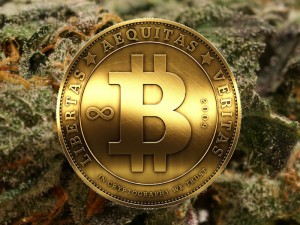 There’s a recent article posted on the Cannabis Business Executive (CBE) called, “Is BitCoin an Answer to Marijuana’s Banking Needs? No Way, No How.” The opinion-editorial written by the author gave certain reasoning to why the digital currency was unfit for the marijuana industry. However, it seems the journalist also didn’t do his research like so many others before him.

Unfortunately, in legalized states such as Colorado, banks are unwilling to take cash coming in from cannabis businesses. Financial institutions are scared to accept this money as it comes into these companies in large amounts. This is highly evident in the Netflix documentary, “High Profits,” where hundreds of thousands of dollar bills are awkwardly managed by businesses on film.

Unaccountability is the CBE author’s problem with Bitcoin being used within the marijuana industry. He explains, “I do not endorse BitCoin for cannabis because I want every last dollar of this industry accounted for and taxed and regulated, without obfuscation.”  This rationality is quite unrealistic considering the protocol is a digital ledger unlike the pen and paper accounting done on the show High Profits. Maybe he’s content with these businesses having to deal with cash in a very dangerous manner. The operation filmed on High Profits showed hundreds of thousands of dollars located in an unguarded home and young store clerks walking this cash in bags to the state department. There’s nothing accountable or responsible within an operation that works with money like this, and the fact it happens is absurd. 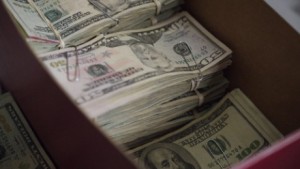 The writer in CBE’s article says he wants every dollar accounted for, but doesn’t realize the blockchain is a digital ledger that records everything. This data is cryptographically secure, time stamped and quite fast for merchants of any business. Users could purchase Bitcoin instead of using cash and buy the high-grade marijuana from these locations. Merchants wouldn’t even have to use paper money at all and could operate a 100% digital shop, fully accounted for with each transaction.

But no, the writer doesn’t realize the blockchain is a digital tool that can house massive amounts of data and wealth within its network. Despite this truth, he would seem to be ok with businesses filled to the brim with cash exposed to criminals rather than having an accountable record of safely stored bitcoins. As well as the digital currency’s convenient storage features these cannabis companies could also convert the Bitcoin into digital dollars within a bank account immediately. However, the author says he has a “very limited” understanding of the currency but seems to know enough to say “no way,” and writes a very vocal opinionated stance against the technology.

Another aspect of the opinion piece that clearly shows flaws is his trust in government backing. The writer believes that because officials have “declared it to be legal tender,” fiat money has derived this power with no consequence. It is evident that fiat currency is backed by legal force and accepted because governments say so. Yet, this government issued currency has had so many severe issues such as devaluation and horrible boom and busts from inflation. Furthermore, the Cannabis Business Executive journalist praises the bailouts of 2008 saying:

“In the 2008, the U.S. poured trillions of dollars into our economy to avoid a loss of confidence in the U.S. dollar. Quite frankly the process worked amazingly well, and our economy has rebounded from a heart attack that could have been fatal to our currency, and with it, our economy.” 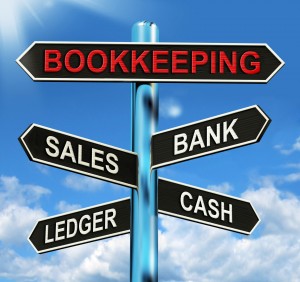 The author concludes that the cannabis industry will deal “primarily” in cash and most likely not deal with Bitcoin. Because people are being fed inaccurate information like this editorial, they will likely stick with cash. Why doesn’t any of these entrepreneurs realize how dangerous it is to have these businesses hold so much money out in the open. The system could operate in the most transparent way possible and not have thousands of dollars to safeguard and account for manually.

Fiat currency is also devalued by the central banking system and fractional reserve practices. Someone who bolsters quantitive easing may not be the logical person to listen about emerging markets. With a currency such as Bitcoin it has a limited supply, and as time progresses, it’s scarcity should bring substantial value to the protocol rather than hyperinflation brought on by the Federal Reserve’s printing press.

Not only does the author bolster the bailouts of 2008, but also helps promote what he calls “invasive government oversight.” Even though he believes the acts are “invasive,” the author details he still helped develop “Seed-to-Sale tracking,” a process of using tech to monitor every movement of a legal marijuana plant’s life. There’s not much you can take seriously within the words of this opinion piece but information like his editorial confuses people. One thing is for sure many of these businesses surely could use a bank, and there is one open 24 hours a day seven days a week. A lot of these entrepreneurs are steadily searching for a bank to use and, unfortunately, don’t see the decentralized protocol right in front of them.

Cannabis industry executive’s should, at least, consult someone who can tell them about Bitcoin from a studied background. Or maybe do some significant research about the digital currency before writing a counter-argument against the technology. Obfuscation is all his article contains and its a shame that some of these entrepreneurs don’t understand how cohesive these two budding economies could be.

What do you think about the opinion that Bitcoin will not mix well with the cannabis industry? Let us know in the comments below.