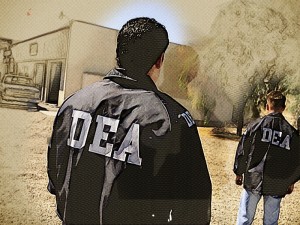 Force became infamous in the Bitcoin community when it was revealed that he had stolen over $400,000 USD in Bitcoin during the Silk road investigation, funneling the money into his personal bank accounts. Without the knowledge nor the permission of his superiors, Force took on the alias “French Maid” and contacted Ross Ulbricht, the operator of Silk Road. According to a San Francisco federal court filing, Force used this alias to sell Ulbricht information regarding the federal government’s investigation into Silk Road.

In addition to extorting Ulbricht, Force tried to secure a business partnership with Mark Karpeles, former CEO of the now-defunct Mt. Gox Bitcoin exchange. Karpeles released the emails in which Force tried to strike a deal with him, and taunted him after Gox failed to partner with CoinLab, saying, “told you should have partnered with me!”

Force’s agreement to plead guilty to his crimes is similar to the deal taken by Shaun Bridges. Bridges is a former United States Secret Service agent who worked on the same Baltimore task force as Carl Force. Bridges stole over $800,000 in Bitcoin, which he funneled into personal bank accounts.

Ross Ulbricht was convicted of being the mastermind behind Silk Road, a dark net market where people could buy and sell drugs — among other illegal items — for Bitcoin. After a surprisingly short trial, Ulbricht was sentenced to life in prison. However, Ulbricht’s defense team plans to appeal the verdict. The team will use the new information regarding Force’s and Bridge’s theft and extortion in the second trial, if granted. Meanwhile, the Crypto Show is hosting a crowdfunding campaign to raise money for Ulbricht’s appeal fund. The Crypto Show is offering prizes for those who donate certain amounts, which consist of items donated by popular figures in the Bitcoin community.

What do you think about the latest development in the Silk Road saga? Let us know in the comments below!