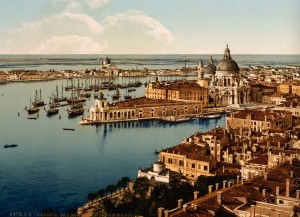 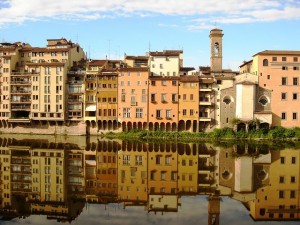 While countries like Bangladesh and Ecuador are outright banning bitcoin and other digital currencies, Italy has taken an interesting first stance on the matter. In a notice on virtual currencies, published on January 30, the Central Bank of Italy acknowledged the use of virtual currencies as legal in their country.

“In some countries they have been explicitly prohibited; in others have been provided some form of regulation. In Italy, the purchase, use and acceptance of payment in virtual currencies must be considered lawful activities.”

The Central Bank of Italy made an important distinction in their stance on digital currency – one that isn’t often seen when coming to the banking sector of the world.

The Central Bank has no plans to ban companies and institutions dealing in digital currency, but it did advise organizations in the notice that they believe they should wait for official regulations from the EBA.

It’s no secret that bitcoin has the potential to be used for money laundering. It’s relatively simple to hide assets in bitcoin, putting many countries on edge. From a moral standpoint, it’s a debate that’s dividing bitcoin users into groups that agree that Anti-Money Laundering and Know Your Customer (AML/KYC) requirements should be put in place, or those that are vehemently opposed to the notion.

In Italy, the Financial Intelligence Unit (FIU) released a warning of money laundering and terrorism, but made it clear that businesses dealing in digital currency, including exchanges, were not subject to AML/KYC regulations.

“Suppliers of functional activities with the use, exchange and storage of virtual currencies and their conversion to / in legal currencies are not, as such, addressed money laundering legislation and therefore are not required to comply with the due diligence requirements.”

Instead of AML requirements, the FIU suggested to businesses to educate their staff on digital currency. The more educated their employees are, the better they might be able to catch suspicious transactions in their system.

It’s relatively unheard of for a country with the global positioning such as Italy to have such a relaxed stance on bitcoin. With BitLicense in New York stirring the feelings of citizens in the United States, Italy may be able to position itself as a haven for people who want to operate bitcoin businesses with little regulation.

While the debate is still hot within the bitcoin community, it looks like countries are going to start outlining their stances faster than previously expected. It’s always easiest to start small and work your way through the kinks, so the stance from Italy may be well accepted over harsh legislation that needs to be dialed back.

What do you think of Italy’s relaxed stance? Let us know in the comments!