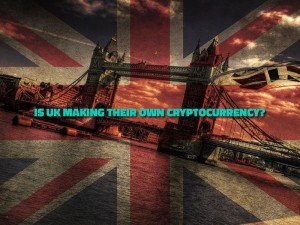 The United Kingdom, is often one of the friendlier places when it comes to Bitcoin legality, especially when compared to US regulation, such as the New York BitLicense. Citi, a global banking and financial corporation, recommended that the UK take its acceptance one step further with the creation of a UK cryptocurrency.

Also Read:Are Wall Street and The Banks Trying to Circumvent the Bitcoin Blockchain?

In a document submitted by Citi to the British government, Citi noted the risks involved with digital currency. However, Citi also mentioned the untapped possibilities that digital currencies like Bitcoin can offer:

“Due to the potential benefits, we believe that the adoption of Digital Money is inevitable. While we believe that the use of Digital Money is certain, the future of specific cryptocurrencies such as Bitcoin is less clear. Ultimately, Bitcoin’s benefits will be realized through the application of the underlying distributed ledger technology (i.e., blockchain) to provide an extensible decentralized, trustworthy, and generic transaction store.”

Citi came to the same conclusion as Goldman Sachs: banks, financial institutions, and other companies that deal with money can all benefit from the advantages a blockchain like a system have to offer.

Banks are betting on Bitcoin-technology, not Bitcoin itself. The banks seem to believe that, in its current state, Bitcoin is far too volatile to be of any use as a long-term store of value, and is best used for immediate, short-term transactions with little chance of market volatility.

“The digital ledger of transactions can be used to enable the digitization of components of the current Financial System. The implementation of which would establish an extensible, decentralized, trustworthy, and immutable generic transaction store that enables encoding of business logic, laws, and other rules.”

According to Citi, the biggest advantage digital currencies have over fiat is the costs and time saved from issuing regular paper money. By going digital, not only is counterfeiting impossible, the resources and time saved by not producing paper money can be allocated elsewhere.

Since transactions would have to be recorded in the blockchain with all to see, money laundering and corruption would be much harder due to the nature of the blockchains transparency:

“The greatest benefits of digital currencies can be realized through the government issuing a digital form of legal tender. This currency would be less expensive, more efficient, and provide greater transparency than current physical, legal tender or electronic methods.”

The 17-page report further describes and breaks down what Bitcoin is, the current state it is in, and how digital currency can impact the way we live. It is now up to the UK government if they are willing to take the next step and create a legal-tender digital currency.

Original document can be seen here

Should the UK make its own digital currency? How would the world react if they did so? Let us now in the comments below!