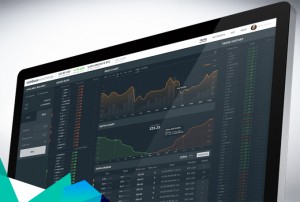 This week, Barry Silbert posted a tweet saying the new Coinbase exchange had exceeded Bitstamp and BTC-e trading volume for the first time. Silbert is the Founder of Digital Currency Group, a company building the foundation for the digital currency revolution by supporting new startups and ideas Bitcoin ecosystem. He is also the creator of the Bitcoin Investment Trust, as well as the founder of SecondMarket, a platform that manages private investment funds.

It was on the 12th of February when Barry claimed over twitter that the exchange “trading volume had eclipsed Bitstamp and BTC-e for the first time.” 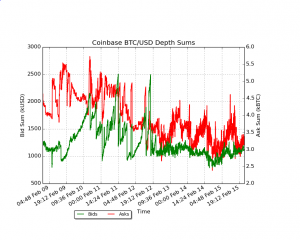 Security issues have been slowing down mainstream adoption, and the new Coinbase Exchange wanted to solve this problem. Coinbase seems to be committed to starting a new, totally regulated market that will be in full compliance with financial laws, affording safety assurance to its customers. This sense of security seems to be the engine behind the increasing volume in the exchange. Just by being regulated in some of the individual U.S. states makes investors see the Coinbase Bitcoin Exchange as much safer than foreign exchanges.

Until now, U.S. Bitcoin traders were forced to use foreign exchanges. This was a risky deal, since the lack of regulation, inadequate security, made it extremely difficult to get U.S. dollars in and out of these exchanges. Now with the new Coinbase Bitcoin Exchange, U.S. investors have access to a domestic exchange that is fully compliant, which makes them feel safer when doing business.

The Coinbase Exchange is not available in the entire United States, though; the company has only acquired licenses to operate in 25 out of the 50 states. In the remainder of the states, Coinbase is either awaiting approval for its license applications, or is waiting for states to take a clear regulatory position on Bitcoin.

The spike in trade volume on Coinbase appears to be directly related to the promotional fee free trading the exchange is offering until the end of March. Traders seem to be taking advantage of this promotion to increase their trading profit margins.

Buy orders been growing consistently ever since the launch, suggesting that Coinbase’s fully compliant Bitcoin exchange is increasing mainstream confidence in the digital currency.

The Winklevoss Twins’ Gemini project is also expected to have a great impact on the Bitcoin market. Gemini is another Bitcoin exchange that will be fully compliant with financial laws upon launch. The Winklevoss Twins hope that, by opening a fully regulated Bitcoin exchange, they will be able to convince mainstream investors that Bitcoin is a secure asset worth purchasing.

What do you think about the Coinbase Exchange? Let us know in the comments below!