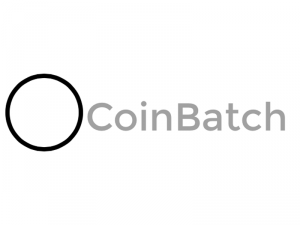 “Cryptocurrency will have a huge impact on Latin America. The most obvious impact for Mexico is the lower of costs to send money to and from the United States which is one of the most powerful remittance corridors in the world.Bitcoin is just the beginning of new opportunities in the digital currency realm.” –  Jesse Heaslip, BEX CEO

The above quote pretty much sums up why Mexico especially is in such need of cryptocurrency integration. This is where CoinBatch comes in, a company that allows you to exchange Bitcoins, and is planning on having their own ATM network as well.

1. What is Coinbatch, and what is it trying to offer?

To start we are opening a fixed rate exchange for Mexico, a brokerage really. We are just putting the finishing touches on the system, fixing UX issues, and locking in process. We want to be the quickest, easiest, most accessible way to buy and sell bitcoin in Mexico.

From there, we will expand into BitcoinATMs, merchant services, SMS wallet, and more.

2. Why do you think Mexico is such a prime market for cryptocurrency?

A couple examples:
Much of Mexico is still heavily rooted in cash transactions, but cash can be dangerous to carry. SMS wallets + merchant services accessible on feature phones can bring electronic currency to an entire class of people and businesses that don’t have access to the traditional credit and debit card networks.

Due to high fraud rates, many companies won’t take credit cards and ship to Mexico. Bitcoin’s irreversible transactions can open Mexico to more consumer level trade, allowing people to securely order from retailers in the US and elsewhere.

Mexico receives $23bln a year in remittances from the USA. This is the world’s largest remittance corridor in the world (Mexico ranks fourth in the world for remittances received). Current methods of sending money from a worker in the US to their family in Mexico can cost up to 20-25% and take from several days to a week.

Bitcoin can reduce those fees to less than 5% (fiat to fiat), and clear in 6 blocks.

3. How did Coinbatch get started?

Through a belief in Bitcoin’s ability to serve Mexico.

4. Besides exchanging Bitcoins, you also have an ATM network. Why did you decided to offer this service as well?

BitcoinATMs allow an immediate and hands on experience vital in Mexico, and allows us to have a “physical” presence in cities where we are not located. Additionally, much of the population has either no bank, no computer, and no smart phone. A merchant, say a small roadside flower stand, can sell via Bitcoin, verify payment via SMS, then withdraw fiat from a BitcoinATM when it’s time to buy groceries. Another great example use case is an immediate exit point for remittances.

5. I see you are partnered with BEX. Why did you decide to go with them?

We looked at many platforms, and based on our desire for an easy to use system for our clients, and quick time to market, bex.io was an obvious choice. Jesse and his team in Vancouver have been excellent to work with.

6. In what state is Coinbatch currently in?

We are currently finishing up the look and feel of the exchange and look to launch beta before the end of the month.

7. What can we expect from Coinbatch in the future?

More exciting partnership with other established companies and platforms.