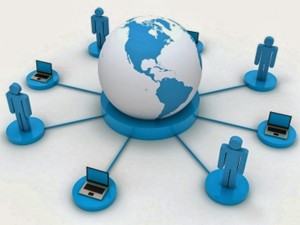 In a recent article written by a colleague over at Cointelegraph, the #11 ranked CounterParty announced the following: “Counterparty is helping power approximately two-thirds of all altcoin and Bitcoin 2.0 startups and ICOs”.
At first glance that strikes me as a completely hyperbolic statement but one that I thought perhaps warranted a bit more digging.

Upon visiting CounterParty’s platform I was immediately struck by how slick and clean the design was. I’ve messed around on my fair share of platforms but they’ve got one of the better looking ones on the market today. That said, given the somewhat chaotic nature of the market, trying to dig up information to either confirm or deny CounterParty’s recent claims might prove rather tricky.
Or are we perhaps overthinking it?
A quick trip over to coinmarketcap reveals a list of the top 28 digital assets on the market today and shows what platform they were created on. Of those 28, NXT holds sway with the grand total of 18, Counterparty has a respectable 5, BitsharesX rallies 3, and Mastercoin has 2, including the largest digital asset currently on the market, MaidSafeCoin.

While coinmarketcap is the clear leader when it comes to listing crypto-asset market capitalization, I imagine it is possible that a great many ICOs and startups do not make it into their much vaunted registry. With that in mind I decided to plumb the depths of the Counterparty exchange via CounterWallet to see if I can’t make better sense of their recent claims.

Their market currently consists of 94 different pairs most of which involve BTC or their own currency, XCP. Unfortunately, since most of the pairs involve digital assets that were created outside of the CounterParty system that particular area will be of little use to my investigation. Of course, it is always nice to know we’ve another option in the decentralized exchange arena.

Diving further we can find a list of “top assets” that consists of 14 listings. The listings themselves however are very confusing and contain data that cannot possibly be accurate. By example, the top asset listed is “MAIDSAFE” which has a listed market cap of 430,000,000,000,000,000 BTC (that’s 430 Quadrillion with a Q). Excluding the issue that MaidSafeCoin coin is part of the Mastercoin protocol in the first place, there is also the fact that it isn’t the most valuable organization on earth.
In fact all the listings have numbers similar to that. According to the CounterParty leaderboard the “SwarmPre” listed at 96,000,000,000,000 BTC with only 24,000,000 units in its total supply. If true we’d all have much reason to rejoice of course but… suffice to say, the information in this particular area is unlikely to be trustworthy.

So for now I’m still left in a bit of a quandary. The ever reliable, Coinmarketcap seems to refute CounterParty’s recent boast. Their own exchange data offers little to support their claims or only serves to obfuscate the matter further with inaccurate information (by what is most likely a simple bug that will be fixed shortly, one hopes). Yet, try as I might I can’t seem to locate any further, publically available information on the matter.
My fellow writer here at Cointelegraph, Armand Tanzarian assures me that CounterParty issued the statement in their latest release. However, the latest news story available on CounterParty’s own site is “Graphic Novel The Hunt For Satoshi Launches On Counterparty” posted on Sept 17th, 2014.
I also have feelers out with members of the CounterParty staff in order to corroborate their recent bombastic claims. Now normally I would be able to pull this kind of information direct from the platforms community of users however CounterParty’s forum is a bit on the sparse side. With most posts having just 3 or 4 views and my own post asking for corroboration on the claim coming up flat. We are again left with the feeling that… if they are responsible for “approximately two-thirds of all altcoin and Bitcoin 2.0 startups and ICOs” then where is everybody?

Clearly, something is awry here. Stay tuned as this story develops.