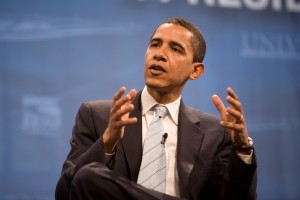 On December 19, 2014, United States President Barack Obama signed an executive order prohibiting financial transactions between people and businesses located in the United States and Crimea a region of Ukraine.

Because of the sanctions, Crimean oDesk freelancers were no longer able to receive payment for their work if they were employed by US companies. Even worse, the companies couldn’t pay them for the services they already completed due to the legal restraints.

oDesk is one of the world’s largest freelance marketplaces, allowing freelancers to set their own rates and businesses to find the right candidate for the job. A few days ago, an email was sent to all Crimean oDesk freelancers stating they were disappointed to notify the freelancers that they need to close their accounts due to the executive order, along with all the accounts of clients and freelancers in the area.

“It is greatly unfortunate that American companies and individuals are now prohibited from operating with Crimean base parties, but we regretfully must comply with the new law and have temporarily closed your oDesk account. The most difficult and negative impact of this executive order is that we are required to hold any funds in your oDesk account while you reside in Crimea. In order to release the fund to you, please reply to this email with a notarized written statement that you no longer reside in Crimea, a non-Crimean photo identification copy and a payment method (not located in Crimean) where we could transfer the funds. We will also notify any clients you are currently working with on oDesk.”

oDesk ended their email by informing the Crimean clients and freelancers that they are working to apply for a special license, but the outlook is grim.

“We sincerely hope that we can work with you again in the future. oDesk is in the process of applying for a special license to operate in Crimea but these are rarely granted and may take several months to obtain. In the meantime, we wish you the very best in your endeavors.”

Bitcoin Could Help Crimean oDesk Freelancers, But it May be Illegal

While American companies aren’t allowed to pay money to Crimeans through traditional means, they are capable of paying them in Bitcoin. Seeing as the payment method is anonymous, the transaction would be off the grid and unidentifiable. The payment would also be sent instantly, without the freelancers having to wait for processing.

Unfortunately, doing so would be a breach of the sanctions and likely land the companies in legal trouble if they were found out. Bitcoin does make it possible though, and that’s more than can be said for the traditional banking system.

What do you think about the US sanctions on Crimea? Should oDesk pay its Crimean freelancers in Bitcoin? Let us know in the comments below!