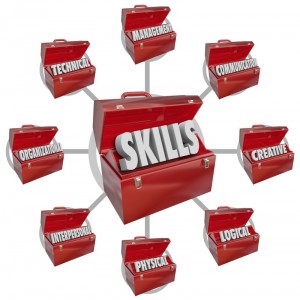 We are all witnessing how the worldwide economic situation keeps getting worse and worse every day. Unemployment numbers are rising through the roof and there is no bright light ahead. On the contrary, the future is only looking gloomier at this point.

So what can be done in order to create more jobs? The way things are handled at the moment leave a lot to be desired. Companies are not innovating themselves, or looking at alternative opportunities. Some prominent people even go as far as saying there doesn’t seem to be a proper solution to this issue.

However, both governments and companies need to start thinking out of the box a bit more, be a bit more creative, keep in touch with upcoming trends. I know there are a lot of “conservative minded” people in key positions, which is one of the reasons for the negative outlook.

Businesses in general are stuck in a cramped way of thinking, while there is a golden opportunity staring them in the face for quite some time now. Cryptocurrency is an emerging market, even though its acceptance has already met some serious resistance from countries such as Russia.

It would be in the benefit of every business out there to consider working with cryptocurrency in some way, shape or form. We have seen what accepting Bitcoin can do for companies such as Overstock and TigerDirect. Now we have even bigger players such as Dell and Expedia jumping on the Bitcoin bandwagon, which is incredibly positive in my opinion!

But Bitcoin isn’t the only economically viable cryptocurrency out there, There are over 600 alternate cryptocurrencies, or “altcoins’, in existence at the moment, and about a dozen or so altcoins are actually worth looking into at this point.

I’m not saying cryptocurrency will, or even should, replace all other existing payment methods, such as credit cards and Paypal (in its current form) for example. However, it’s never a bad thing to keep all of your options open, and there definitely is a big interest from cryptocurrency users to spend their coins.

Not to mention the amount of jobs it would create. You need people experienced with the matter, people with proper knowledge. As a result of this, we see several companies offering online or offline Bitcoin courses, in order to make people familiar with the technology.

It would also open up a lot of new possibilities for new startup companies, if cryptocurrency would become widely adopted and accepted. Don’t get me wrong, cryptocurrency is not the whole answer to the current economical problems. However, it could solve a (big) part of the issue if people were a bit more open-minded.