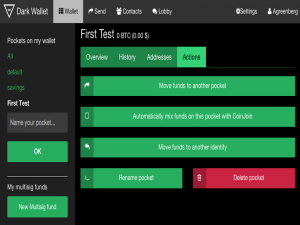 Dark Wallet is known to many in the Bitcoin community, as it makes it easier to transact with Bitcoin anonymously. An update for Dark Wallet has been released, which brings real cash withdrawals into the wallet.

The new update will bring many improvements to the Darkwallet, including:

The most popular new feature is the fast cash withdrawal module. According to the Darkwallet wiki, the new module will aid in the execution of these strategies:

As explained by the official blog post by Dark Wallet:

“A new version of the server is imminent after near a year of work. 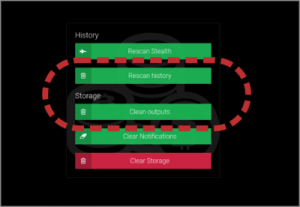 project and code, so developers can better collaborate. We have also removed all OpenSSL code and reduced many external dependencies. The command line tool BX (formerly SX) now uses a framework for auto-generating code for sub-commands, which means easier and more consistent development.”

Dark Wallet is the option for many bitcoin users who are looking for increased security when they send bitcoin to other people.

The Dark Wallet development team is working to bring better and more improved features to the wallet, while fixing the bugs present in earlier versions.

What are your thoughts on Dark Wallet’s new update? Let us know in the comments below!