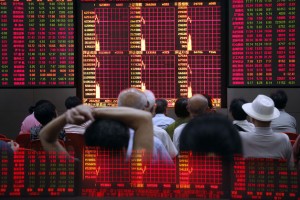 Welcome to the third episode of our Decadays Market Report series. The first two articles are available Part 1 and Part 2.

Remember, in our previous article, I showed you a bearish divergence in progress. Then I said: “the price of Bitcoin may not recover in the coming days. Instead, the risk is to see a new strong drop.”

Since then, what happened? As you can see on the chart below, the drop didn’t happen right away and the mid-term bearish trend ended. However, a second bearish divergence started on the 26th and the price finally crashed again. My sincere apologies for my bad timing… I then asked myself what I could have missed. And I found several fundamental reasons that should put Bitcoin on the rise again on the long term and that made the market overreact these past few days. Here are those reasons:

Here are a few good fundamental news articles that rejoice us on a long term, but that made me miss my timing… So be very careful with major news that make the market overreact. But after each excess, the price stabilizes again, and it finds its “real” price back.

In “classical” finance, the vast majority of such news capable of impacting the market are announced and thus largely anticipated in the prices. Everyone can find the dates of these announcements on sites such as Reuters or Bloomberg and thus stay out at these key dates. Those who are in a speculative mood can however bet on one trend or another and hope for a fast gain. Personally, I’d rather go to the casino for such thrills.

The third lesson of the Decadays series is, therefore, this one: technical analysis, queen of the short term, sometimes loses its edge to fundamental analysis, queen of the long term. But it gets back to it fast. If a fundamental analysis explains a movement that goes against technical analysis. There are two options: either you have anticipated these reasons and were able to invest / disinvest on time, in which case all is fine, but be careful of the coming correction. Or you missed the information and discovered it after the movement, in which case it’s too late to act.

In the crypto world, these news are not announced in advance, or at least not compiled, so the first to know such information have a strategic advantage. That is why CFA Consulting has recently decided to work on a service that will search and select relevant information as soon as possible, so to avoid such bad surprises to traders. I will let you know more about this project in our next article. 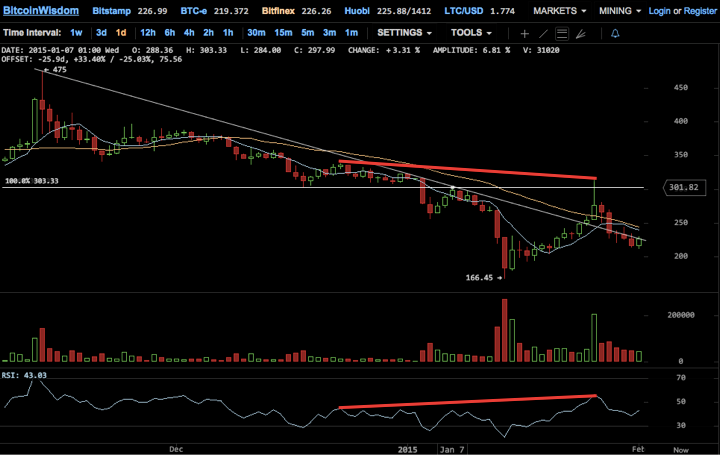 As was said earlier, a bearish divergence started to take place on the 26th of January, and this time was confirmed. Unfortunately, I wasn’t able to foresee the strong rise that happened between the 15th and 26th of January. The mid-term bearish trend stopped, and we now navigate the waters of uncertainty. On the long term, the trend is still bearish, but since I am supposed to give you my opinion for the next 10 days, the task seems hard. Those who were short 10 days ago saw their stops touched and for this reason got out of the market. Those who were long also saw their stops touched. And those who wanted to be patient didn’t take any position. So, since just about everyone is out of the market now, stay out of it too! Wait for a signal indicating the direction the market will take. Personally, I think we entered a phase when it’s better to take a vacation and let “others” kill each other.

Create your strategy and keep it! Don’t try to trade during uncertain times.