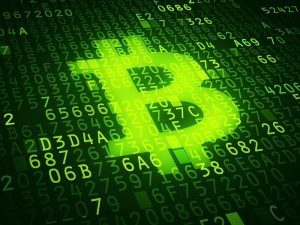 “This town ain’t big enough for the two of us…”

Also read: Bitwalking Wants to Pay you Cryptocurrency for Walking Every Day

It’s a line we’ve likely heard in various westerns, and yet it’s probably something bitcoin has said at least once or twice to its newly developing crypto-cousins. No doubt that six years ago, when bitcoin was just starting out, it was ready to take the digital world by storm as the only currency of its kind. Over time, however, bitcoin’s territory was being invaded. Dogecoin, Litecoin, Darkcoin, they just kept coming, and they simply haven’t stopped. It appears as though every week a new digital coin is emerging from the shadows, ready to declare war and claim bitcoin’s turf as its own. Bitcoin suddenly began realizing that while it may have been the first, it certainly wouldn’t be the last, and the cryptocurrency space was growing to accommodate everything making its way onto the scene. “This town ain’t big enough for the two of us” later became, “This town is getting bigger for all of us.”

Luckily, bitcoin will soon have a “sidekick.” It’s known as Decred, and it’s the latest addition to the virtual money arena. What makes Decred special? It’s created by an actual group of bitcoin developers, the team behind btcsuite, and it’s refreshing to know that this new currency will likely have all the same great attributes of bitcoin minus some of the overwhelming problems.

CEO of Company 0 Jacob Yocom-Piatt stated in a press release some of the issues that the bitcoin community is facing today:

“Many people may not know that despite the technological decentralization Bitcoin has brought the world, there are serious and growing issues of centralization that rule decisions made about the present and future of the project. The Bitcoin software is controlled by a small group of people who decide exclusively what can and cannot be changed… This is in part due to a lack of mechanisms and pathways for funding development work directly from the community… Bitcoin development is funded by external entities that create conflicts of interest between the developers and the representative power of the community that uses Bitcoin.”

“The intention is not to attack what we currently have in Bitcoin. We want to recognize what has been done well, but instead, we want to take that and improve on what we think can be done better… That is the spirit that started the technology and we want to return to that to explore options to problems we cannot explore in the current system while we continue to support the Bitcoin software. Alternatives are progress and a way forward to improve the greater ecosystem.”

The website for Decred lists a number of notable features, including:

Funding for the project will go to those who use and further develop its technology. Members of the general public are also being invited to take part in Decred’s establishment by using it and offering ideas and suggestions that might solidify and strengthen its place in the digital world.

The post Decred: The New Kid on the Digital Currency Block appeared first on Bitcoinist.com.