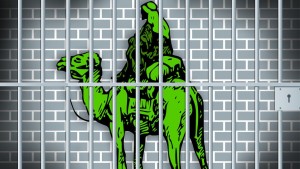 On January 20, federal agents arrested a Seattle man for vending and working as an administrator on the Silk Road 2.0 darknet market.

Prosecutors have charged 26-year-old Brian Richard Farrell, who they say is DoctorClu, a famous Silk Road administrator that left the marketplace after a blowout with his coworkers and boss. He is currently charged with conspiracy to distribute heroin, methamphetamine and cocaine and will appear Tuesday in U.S. District Court in Seattle.

“The arrest of Mr. Farrell is proof that federal law enforcement continues its efforts to root out those who subvert the Internet to set up black markets for illegal goods,” said Acting U.S. Attorney Annette L. Hayes in a statement.

Silk Road 2.0 started weeks after the original marketplace was shut down. The person running the marketplace was Blake Benthall, a 26 year old man who was a tech entrepreneur and previous employee for Elon Musk’s space startup, SpaceX. According to witnesses at his court case, shortly after being arrested by federal police, he confessed that he had committed the alleged crimes. The last that was heard of him, according to deep web news site, DeepDotWeb, was that he was released from federal prison into the custody of an unnamed federal agency. 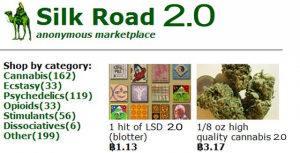 Deep web journalist, who goes by the username Gwern, wrote on Reddit, “That… actually makes some sense. Farrell’s roommate describes him as popping pain killers all the time which is what he was busted for, and DoctorClu talked about using pain killers too. (Also, both sounded like arrogant a**holes.)

“This is really bad news for Tang and the other surviving SR2 employees. Farrell was nobody; but DoctorClu should’ve been safe especially after he was fired for looting vendor bonds.”

According to the criminal complaint, U.S. authorities executed a search warrant on Farrell’s residence in Bellevue, Washington, and interviewed him. After being told they have connected the IP address of his residence to Silk Road 2.0, Farrell admitted to being Defcon’s — the head of Silk Road 2.0 — righthand man and spokesman.

The post DoctorClu Arrested In Connection To The Silk Road 2.0 Case appeared first on Bitcoinist.com.