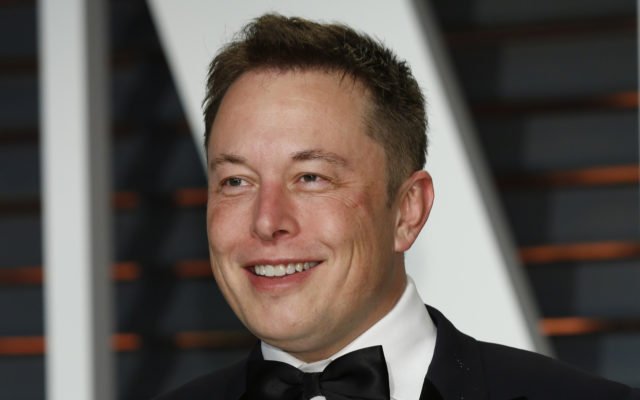 In several tweets on April 29, Musk, who has become something of a mythical figure in cryptocurrency, set social media commentators guessing with just two words: “Ethereum” and “jk.”

While those tweets contained more obvious compliments, their appearance one day after April Fool’s Day suggested the author was, in fact, less sincere in his adoration of the coin.

Nonetheless, as Bitcoinist noted, DOGE surged on publication of the tweets, something which the ETH episode appeared to fail at doing. 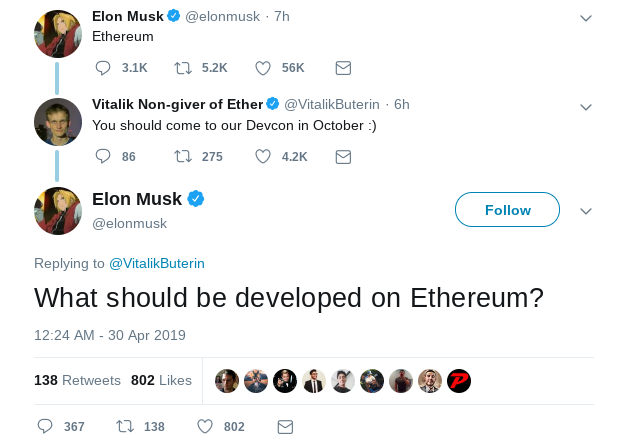 Musk’s profile within crypto jumped earlier this year when he faced calls to join the now-completed charity transaction relay to raise funds for Venezuela.

Known as Lightning Torch, the relay, which used Bitcoin’s Lightning Network to ‘travel’ between holders, saw participation from well-known names including Twitter’s own CEO Jack Dorsey.

At the time, Musk refrained from publicly acknowledging the Torch’s presence or giving reasons for that lack of attention. Previous more sincere promotion of Bitcoin had nonetheless made him an obvious choice, the tech mogul having described the largest cryptocurrency as “quite brilliant.”

At the time, Musk himself appealed to Dogecoin creator Jackson Palmer for help in finding a technical solution to the bots, which impersonated huge numbers of well-known users in an attempt to link them to fraudulent giveaways.

‘What Should Be Developed On Ethereum?’

Thus, when Ethereum co-founder Vitalik Buterin invited him to the project’s Devcon event in October, the response was perhaps predictable.

A further tweet produced something curiously more serious, with Musk asking Buterin how he envisioned the Ethereum network in the future.

“What should be developed on Ethereum?” he wrote Tuesday.

The latter post swiftly garnered interest from well-known crypto Twitter handles. Blockstream CSO Samson Mow offered “electric rockets” as an option, while trader and commentator WhalePanda used the opportunity to criticize what he viewed as Ethereum’s lack of direction.

“That’s a trick question since its sole purpose was making its founders rich with vague promises of decentralization, scalability and usability… all which have been broken consistently,” he responded.

What do you think about Elon Musk’s Ethereum tweets? Let us know in the comments below!