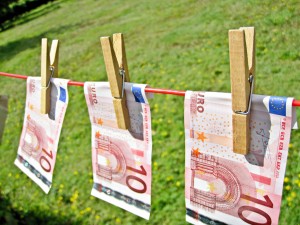 Bitcoin exchanges in Europe are soon to be regulated under the scope of Europe’s Anti-Money Laundering Directive. The European Commission issued a statement late Tuesday night detailing new efforts to control financial flows and money transfers, which it described as aimed at subverting terrorist financing. Among these mechanisms are bitcoin and other virtual currencies. The Commission “proposes to bring virtual currency exchange platforms under the scope of the Anti-Money Laundering Directive, so that these platforms have to apply customer due diligence controls when exchanging virtual for real currencies, ending the anonymity associated with such exchanges.” The Commission’s renewed interest in financial controls comes on the heels of recent violence in Europe and beyond. Most European Bitcoin exchanges already perform extensive AML/KYC that has even alienated some of the more hardcore Bitcoin users.

“We have to cut off the resources that terrorists use to carry out their heinous crimes. By detecting and disrupting the financing of terrorist networks, we can reduce their ability to travel, to buy weapons and explosives, to plot attacks and to spread hate and fear online. In the coming months the Commission will update and develop rules and tools through well designed measures to tackle emerging threats and help national authorities to step up the fight against terrorist financing, and cooperate better, in full respect of fundamental rights. It’s crucial that we work together to deliver results and protect European Citizen’s security.”

Mr. Timmermans makes valid points about the need to stop terrorist financing immediately, regardless of its source. But is the Commission’s concern in bitcoin (“virtual currencies”) well-founded? According to Marco Santori, speaking at The North American Bitcoin Conference in Miami last month, a recent Financial Action Task Force (FATF) report ranked Bitcoin low on the list of primary financial instruments which break anti-money laundering laws.

Senate hearings in November 2013, and regulations like the NY BitLicense, demonstrate that American regulators are already aware of growing technological innovation in virtual currencies. FinCEN has enacted similar AML/KYC requirements of American Bitcoin exchanges. European regulators may have looked towards America for precedent and procedural advice in tackling a growing and complicated set of technical and legal challenges. Given recent advancements in Bitcoin mixing and anonymization, Bitcoin will need to be better understood by those in both countries’ political and legal communities to answer these difficult questions. Governments leaning on Bitcoin exchanges, the fiat gateways, is really all they can do.

What do you think about the European Commission’s move to curb Bitcoin use by terrorists? Comment below!