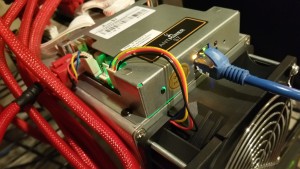 Bitmain recently announced the Antminer S7 specs using their new BM1385 ASIC. This step is a big one, as the S7 is shipping to anyone around the world from small home miners to large data centers. Many other manufacturers are only using in-house or for the certain large mining operations that have announced new chips. Recently, we interviewed Jihan Wu co-founder of Bitmain. After the interview, Jihan sent a Bitmain Antminer S7 to review. The miner is an excellent step up from current offerings on the market. Let’s look at the specifications. 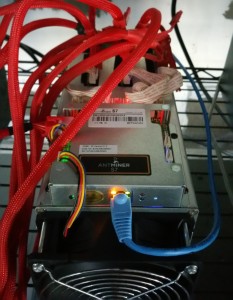 Disclosure: Antminer S7 was provided by Bitmain for review.

The S7 arrived fast and with no damage. The Antminer S7 is built solidly with a dual push-pull fan system. The S7 is roughly the same size as the S5 and packs a lot of power in a small package. The housing has a new twist to it, in that you can connect 3 of them together at the sides with a tongue and groove system. I say three of them, as each controller has the connections to run three S7s at the same time. This stacking option will allow for several different ways to deploy them. We were unable to test how many at a time the controller will run as at this time we only have the one S7. Being able to stack them together even if you are not using one controller for multiple units is a plus. It can make for more secure arrangements in your racks and shelving. 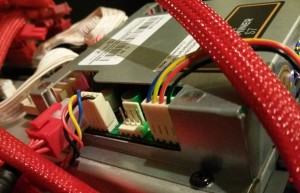 The power connection setup is a bit different than you are used to seeing on Antminers. The beefier controller requires a PCIe connection to feed it power. Each hashing board requires all three plugs connected and uses roughly 405 watts. What we did for this review was connect two of them to one PSU. Then connected the 3rd board and the controller to the other PSU. It is important to remember only to connect one PSU to a hashing board. Do not mix multiple PSUs on the same board. Also of note is to power on the PSU that does not power the controller first. This arrangement will mean the hashing boards are powering up first for the controller to detect when you power on that PSU last.

When the Antminer S7 is running, the noise is less than expected for a dual fan unit that is having to dissipate the heat generated in such a small package. Bitmain did a good of pairing fans that are high CFM yet not screaming loud. The S7 is louder than the S5, but not as loud as the S5+. At 4 feet, it registers 66 dB. Most of the noise sounds like rushing air. There is no high pitched whine. While this may not be something you want to put in your living room, but it won’t drive you out of your garage either. 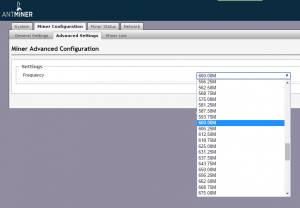 Bitmain’s simple to use software is on the controller with the current firmware version being dated August 29th. We did not find any bugs or glitches as we sometimes find that some miners have when we get them before the general public. The freq selection is set up simply and offers lots of options, so overclocking and downclocking is simple to do.

The BM1385 ASIC is built using the 28nm process. In conversations with Jihan, he has stated that the 28nm process can be further optimized and with 28nm being a mature tech chips can be produced faster and cheaper while providing gains in performance. This performance gain is very obvious with the BM1385 ASIC as the power to gh/s ratio at 0.25 J/GH is very aggressive. The larger die size allows for a greater surface for heat dissipation as well. These things add up to an S7 that has a small form factor and solid performance.

The Antminer S7 is a solid performing Bitcoin ASIC miner that is being sold to anyone. The familiar form factor that Bitmain debuted with the S1 is there. Adding the tweaks of the tongue and groove system on the chassis allowing for easier stacking coupled with a robust controller allow for new options for deployment. The performance is the best on the market right now that you can get your hands on for Bitcoin ASIC miners. Bitmain has stated they will begin shipping the last week of Sept to the first week or so of Oct for batch one. From how the unit we received for review works they have the process down and things look good for their shipping window.

The Antminer S7 is a solid miner that will fit in well from small to large installations. The ease of use that is one of Bitmain’s hallmarks is there as well. The S7 on stock setting is putting out a reliable 4.9 th/s across Antpool, and Kano.is while pulling 1250 watts. It is a top performer like the S5 before it. The Bitcoin block reward halving will be happening at the end of July 2016 so getting your hands on the most efficient miners you can right now is crucial. The S7 is a great option.

What are your thoughts on the Antminer S7? Let us know in the comments below! 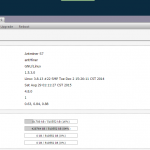 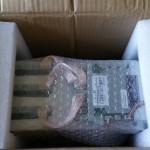 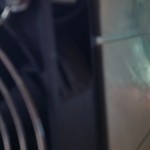 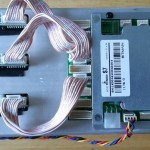 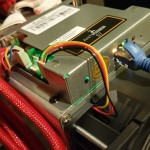 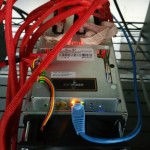